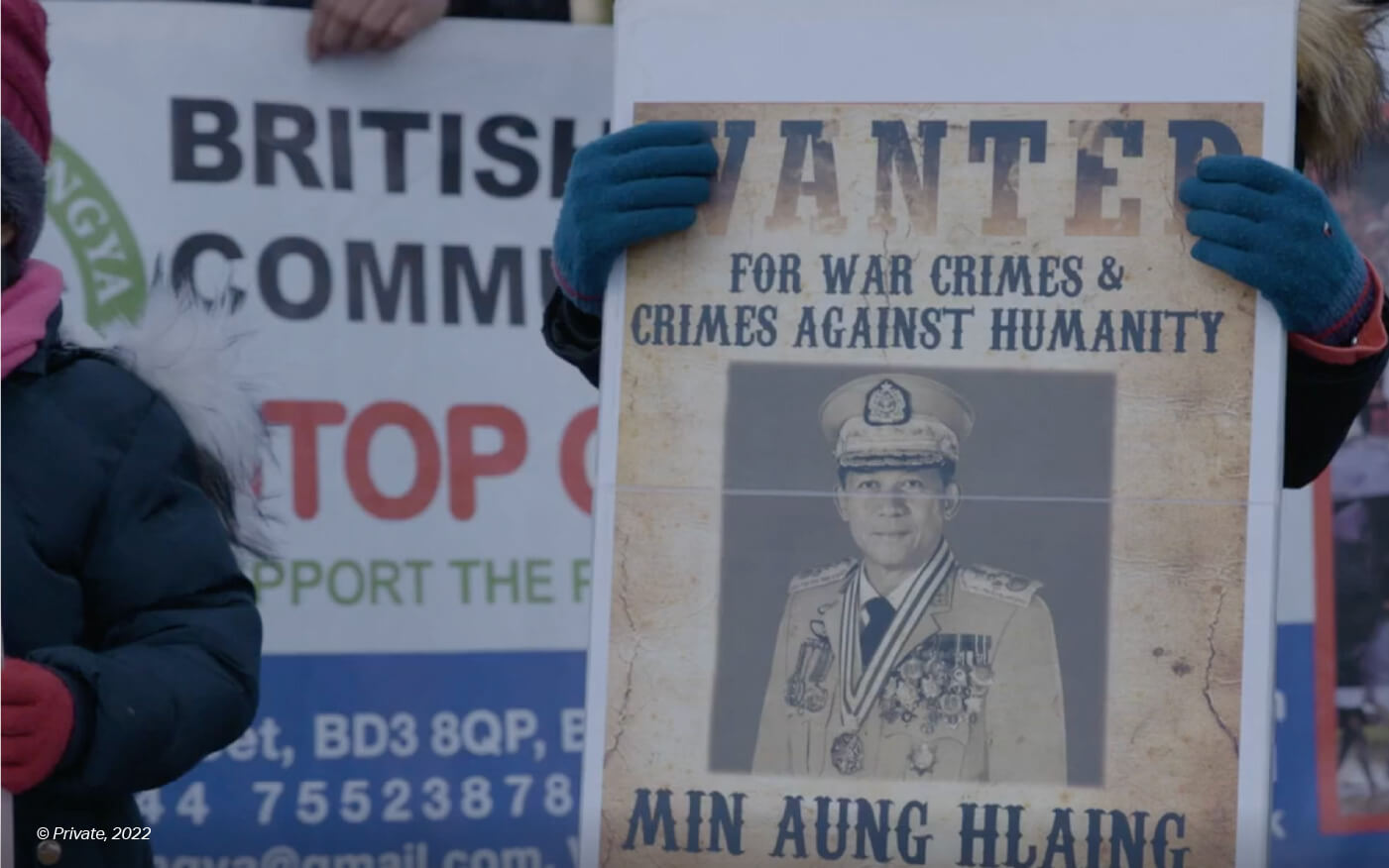 (BANGKOK, July 22, 2022)—U.N. member states should join and support The Gambia’s case at the International Court of Justice (ICJ) against Myanmar authorities for committing genocide against the Rohingya people of Rakhine State, said Fortify Rights today.

Today, the ICJ, also known as the World Court, delivered a judgment rejecting the Myanmar junta’s preliminary objections in a case filed by The Gambia in 2019 arguing that Myanmar authorities are responsible for genocide committed against the Rohingya. Today’s decision clears the way for the ICJ to adjudicate the merits in The Gambia’s case against Myanmar. The first public hearing on the merits of the case is expected to be in early 2024.

“Today is a momentous day for the Rohingya and all people of Myanmar. International justice is slow but steady, and it can be improved with practical support from U.N. member states,” said Matthew Smith, Chief Executive Officer at Fortify Rights. “Jurisdiction in this case is settled. The international community should immediately get behind The Gambia in this case and support other efforts across mechanisms to hold the Myanmar military to account for its horrific crimes against the people of Myanmar.”

The Gambia initiated proceedings against Myanmar on November 11, 2019, alleging violations of the Genocide Convention. Myanmar’s preliminary objections claimed that the ICJ lacked the necessary jurisdiction to adjudicate the case since The Gambia is not an injured party and the Genocide Convention does not provide the right to initiate cases in public interest as a non-injured party. The junta’s legal team also alleged that the case should be dismissed because it was being brought by the Organization of Islamic Cooperation and not The Gambia—which is untrue.

In its ruling, the ICJ rejected all four of the Myanmar junta’s preliminary objections to the case, in unanimous or near-unanimous votes. The court stated: “All the states party to the Genocide Convention thus have a common interest to prevention, suppression, and punishment of genocide by committing themselves to fulfill the obligations contained in the convention.”

During public hearings of the junta’s objections in February 2022, Ko Ko Hlaing, the junta’s minister for international cooperation, represented Myanmar. This was despite strong calls from civil society, including from Fortify Rights, warning the ICJ that it risked legitimizing the junta by allowing it to represent Myanmar on the global stage.

The Myanmar military junta should immediately comply with the orders of the ICJ and stop ongoing acts of genocide against Rohingya, said Fortify Rights.

In its case, The Gambia claims that starting in 2016 and continuing in 2017, the Myanmar military and other security forces engaged in genocidal acts, including killings, rapes, and the burning and destruction of villages, as part of so-called “clearance operations” aimed at destroying the Rohingya population.

Dating back to 2015, Fortify Rights has comprehensively documented the military-led genocide against the Rohingya. Following the 2016 and 2017 Myanmar-military-led attacks on Rohingya civilians, Fortify Rights and the U.S. Holocaust Memorial Museum published a joint report documenting how Myanmar state security forces and civilian perpetrators committed mass killings in dozens of villages in Maungdaw Township, Rakhine State in the first wave of violence in 2016 and in villages throughout all three townships of northern Rakhine State after August 25, 2017.

This was followed by the publication of “They Gave Them Long Swords,” a 160-page report by Fortify Rights proving how the Myanmar authorities made “extensive and systematic preparations” for attacks against Rohingya civilians that amounted to genocide.

The U.S. Secretary of State Antony Blinken cited Fortify Rights and others’ work in a speech delivered at the U.S. Holocaust Memorial Museum, on March 21, 2022, while announcing the U.S. government’s determination that Myanmar’s military had committed genocide against the Rohingya.

The ICJ held its first round of public hearings in the case filed by The Gambia from December 10 to 12, 2019. In a historic move, on January 23, 2020, the court unanimously ordered provisional measures to protect the rights of the Rohingya. The unanimous vote meant that the justice appointed by Myanmar, as the court allows, also voted in favor of provisional measures of protection for Rohingya. These measures ordered Myanmar to cease and prevent further genocidal acts against Rohingya, to prevent the destruction of any evidence related to acts of genocide against the Rohingya, and to report to the court on a semi-annual basis on measures taken to implement the courts orders.

In June 2022, Fortify Rights also published a report titled Genocide by Attrition: The Role of Identity Documents in the Holocaust and the Genocides of Rwanda and Myanmar, which provides further information about the junta’s ongoing persecution of the Rohingya. The 63-page report provides details on how the Myanmar junta is using identity documents to facilitate its genocide of the Rohingya people, mirroring tactics used in the Holocaust and Rwandan genocides and violating existing ICJ orders for Myanmar authorities to cease ongoing acts of genocide.

“The junta lacks any political support among the Myanmar population and is committing atrocity crimes throughout the country,” said Matthew Smith. “States should do everything in their power to deprive the junta of weapons, finances, and political legitimacy. The junta is a criminal regime that must be held accountable.”