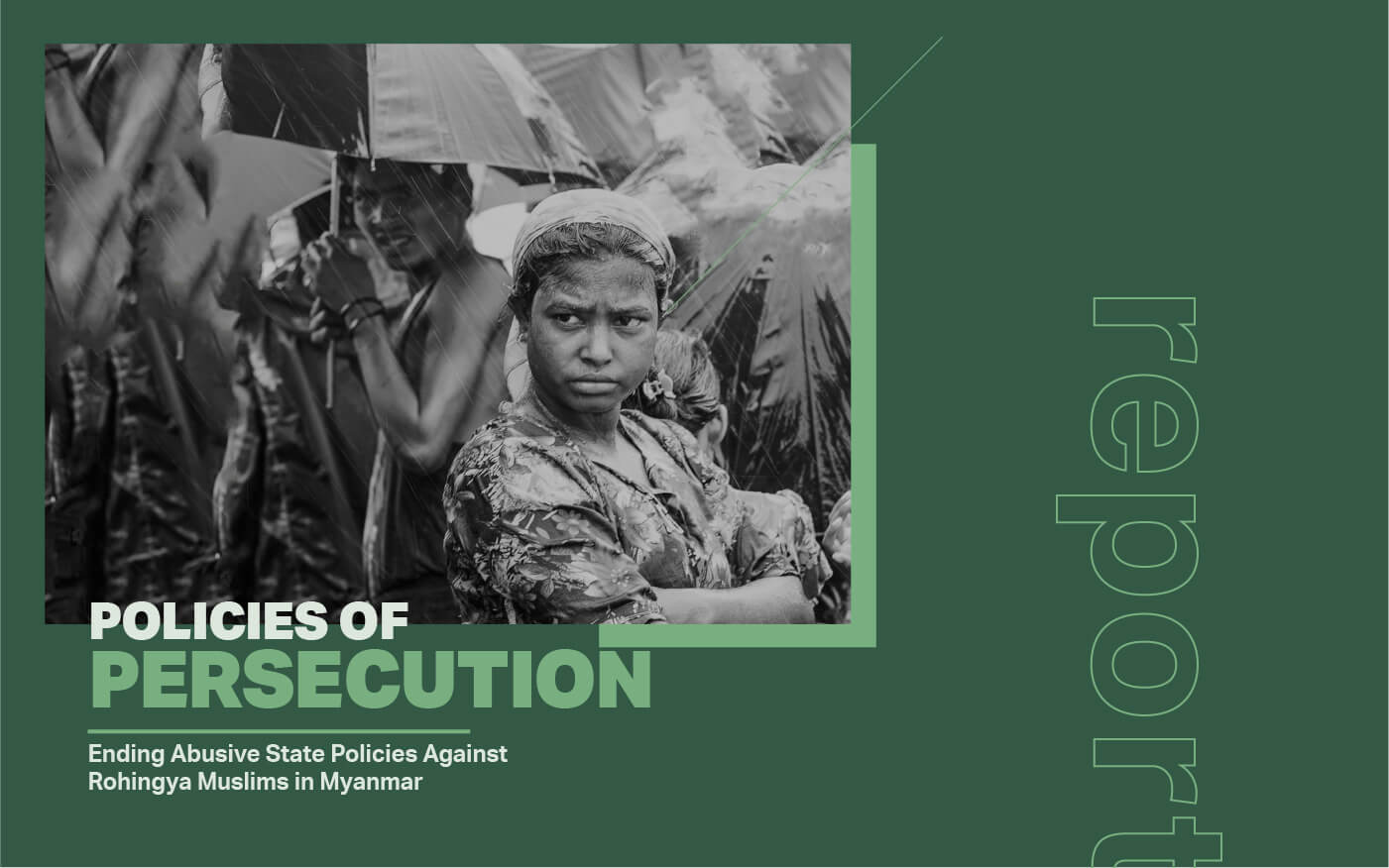 Policies of Persecution: Ending Abusive State Policies Against Rohingya Muslims in Myanmar is based on leaked official documents revealing explicit government policies that restrict the basic freedoms of Rohingya Muslims in Rakhine State. The documents obtained by Fortify Rights detail restrictions on movement, marriage, childbirth, home repairs and construction of houses of worship, and other aspects of everyday life. Confidential enforcement guide- lines empower security forces to use abusive methods to implement these “population control” measures.

The evidence presented in this report indicates the involvement of Rakhine State and central government authorities in the formulation and implementa- tion of these policies. It finds that protracted abuses against Rohingya have been the result of official state policies and could amount to the crime against humanity of persecution. Fortify Rights calls on the government of Myanmar to abolish these policies of persecution against Rohingya without delay.