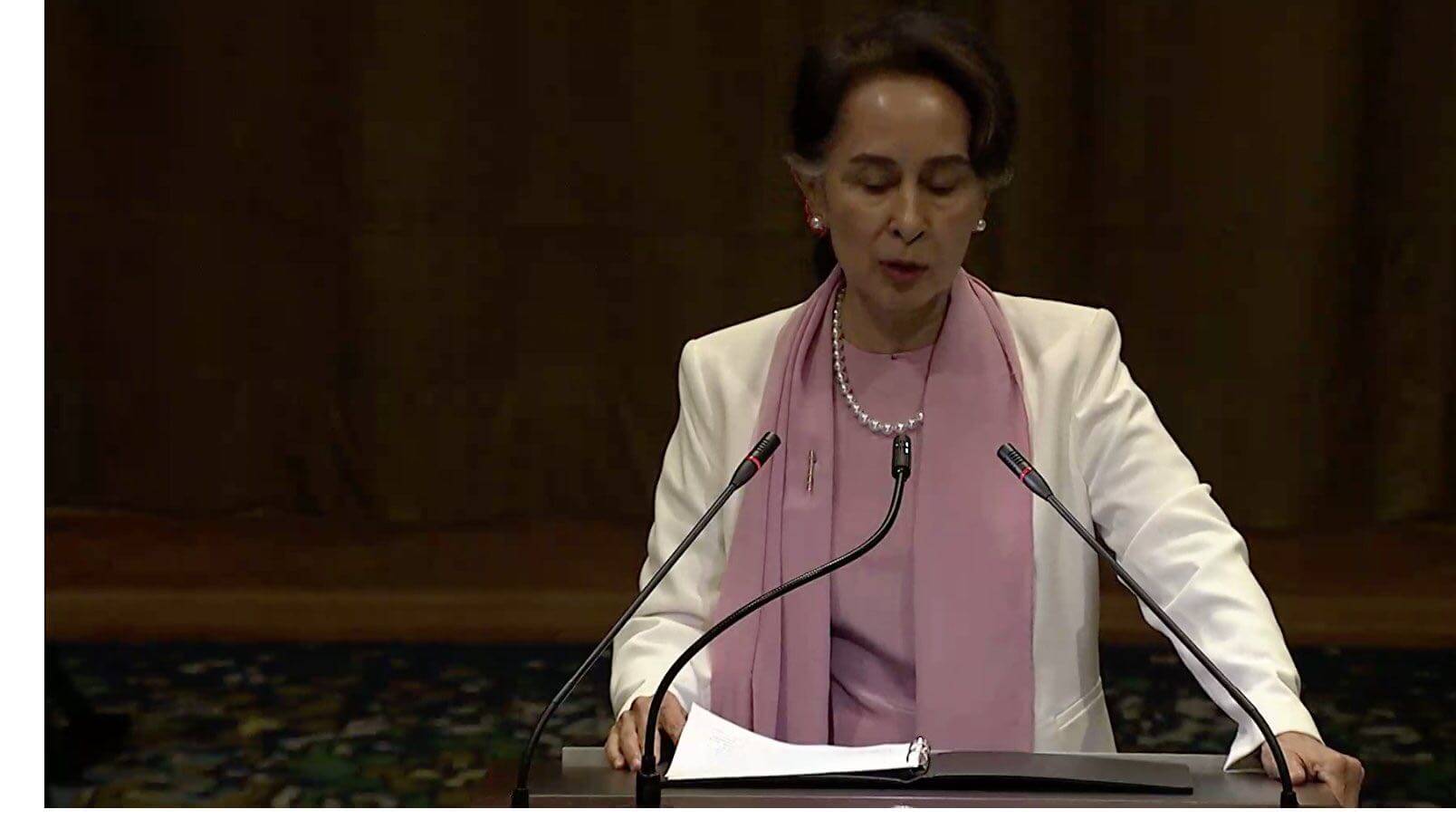 (YANGON and BANGKOK, January 23, 2020)—The Government of Myanmar should immediately comply with the International Court of Justice’s (ICJ) order for provisional measures to protect Rohingya from genocide in Rakhine State, said Fortify Rights today. The ICJ unanimously indicated legally binding provisional measures today in The Hague, requiring the Government of Myanmar to preserve evidence of genocide and to report to the court every six months on its progress implementing the order, among other measures.

“This is a major victory for Rohingya everywhere,” says Matthew Smith, Chief Executive Officer of Fortify Rights. “We encourage Naypyidaw to comply fully with the order. The Security Council will be seized of this issue and any failure to comply would invite unprecedented international action, including sanctions and more.”

The provisional measures indicated today are binding orders from the court to Myanmar to prevent further violation of the rights in dispute while the case is pending. The ICJ, also known as the World Court, will transmit its order to the United Nations Security Council as specified in article 41.2 of the Statute of the ICJ.

Following evidence that the Myanmar Army led a campaign of massacres, mass rape, and mass arson in 2016 and 2017, displacing more than 800,000 Rohingya civilians to Bangladesh, in November 2019, The Gambia opened a case at the ICJ against Myanmar for failing to prevent or punish genocide against Rohingya Muslims. On December 10, in its request for provisional measures, The Gambia presented evidence before the ICJ regarding atrocities and ongoing genocide against Rohingya. Rohingya human rights defenders and survivors, Fortify Rights, and others repeatedly called for the ICJ to issue provisional measures in this case.

The ICJ unanimously indicated four provisional measures to protect the rights of Rohingya in Myanmar with which Myanmar must comply. First, Myanmar shall take all measures within its power to prevent the commission of all acts of genocide, such as killing, causing serious mental or bodily harm, and other acts listed in the Convention. Second, the Government of Myanmar must ensure that the Myanmar military and all actors or groups operating under the military’s direction, influence, or control not commit genocide as well. Third, Myanmar must additionally take effective measures to prevent the destruction and ensure the preservation of any evidence related to any acts of genocide. Fourth and finally, Myanmar must submit a report to the ICJ on all measures taken to give effect to the court’s order within four months from today and then every six months until a final decision on the case is rendered by the court.

On January 22, in an unprecedented show of solidarity from within Myanmar, more than 100 organizations in the country issued a statement welcoming both the ICJ case as well as efforts by the International Criminal Court (ICC) stating, “We welcome and accept these cases as steps to protect the people of Myanmar and aid us in achieving democracy, rights and justice.”

The Government of Myanmar has denied allegations and evidence of genocide against Rohingya. Addressing the ICJ in December, State Counsellor Aung San Suu Kyi said an investigation by the government-appointed Independent Commission of Enquiry (ICOE) had garnered more “relevant first-hand information on what occurred in Rakhine in 2017” than any other fact-finding body. On January 21, the ICOE published a summary of its final report, which it delivered to the Government of Myanmar. The ICOE conceded that some Myanmar Army attacks on civilians constituted war crimes but argued they were conducted “haphazardly” and were not evidence of the crime of genocide. The final report has not been released publicly. The ICOE is the eighth commission created by Myanmar to look into the situation in Rakhine State since 2012.

Fortify Rights, diplomats, the U.N. Fact-Finding Mission, and others questioned the credibility, impartiality, and independence of the Commission due to its lack of transparency, problematic methodologies, vocal backing by the Myanmar government, and prejudicial statements made by members of the Commission. In August 2018, government spokesperson Zaw Htay clarified that the Myanmar government created the Commission to respond “false allegations made by the U.N. Agencies and other international communities.

There’s a lot of work to do in Myanmar for peace and reconciliation, but in terms of justice, domestic remedies have been exhausted,” said Matthew Smith. “There is growing and diverse support in Myanmar for international justice and accountability.”

Fortify Rights encouraged members of the Myanmar military, state security forces, and the government to come forward with additional evidence of crimes against Rohingya and others that could be used at the ICJ and in international prosecutions.

The FFM reported in September 2019 that it has a confidential list of more than 100 names, including Myanmar military and civilian officials, suspected of being involved in genocide, crimes against humanity, and war crimes in addition to six generals it named publicly in 2018. In July 2018, Fortify Rights published a 160-page report detailing how Myanmar authorities made “extensive and systematic preparations” for attacks against Rohingya civilians in 2017 that constituted genocide and crimes against humanity. Fortify Rights named 22 military and police officials who should be investigated and possibly prosecuted for genocide and crimes against humanity.

In 2015, Fortify Rights and the Allard K. Lowenstein International Human Rights Clinic at Yale Law School published a 78-page legal analysis finding “strong evidence that the government of Myanmar is responsible for genocide against Rohingya Muslims.” That report focused on state responsibility for genocide rather than individual criminal liability. The ICJ is a court for disputes between states, and the case brought by The Gambia is likewise focusing on Myanmar state responsibility.

International justice mechanisms that are complementary to the ICJ case are now moving forward. In 2018, the Office of the Prosecutor at the ICC opened an investigation into crimes against humanity against Rohingya, and in September 2018, the U.N. Human Rights Council passed a resolution creating the Independent International Mechanism for Myanmar, which is mandated to collect and preserve evidence of atrocity crimes in Myanmar for use in prosecutions, including at the ICJ and ICC. Moreover, in November 2019, Rohingya advocate Tun Khin, two Argentinian non-governmental organizations, and former U.N. Special Rapporteur on Myanmar Tomás Ojea Quintana filed a case in Argentina against Myanmar for crimes against Rohingya under Argentina’s universal jurisdiction for atrocity crimes.