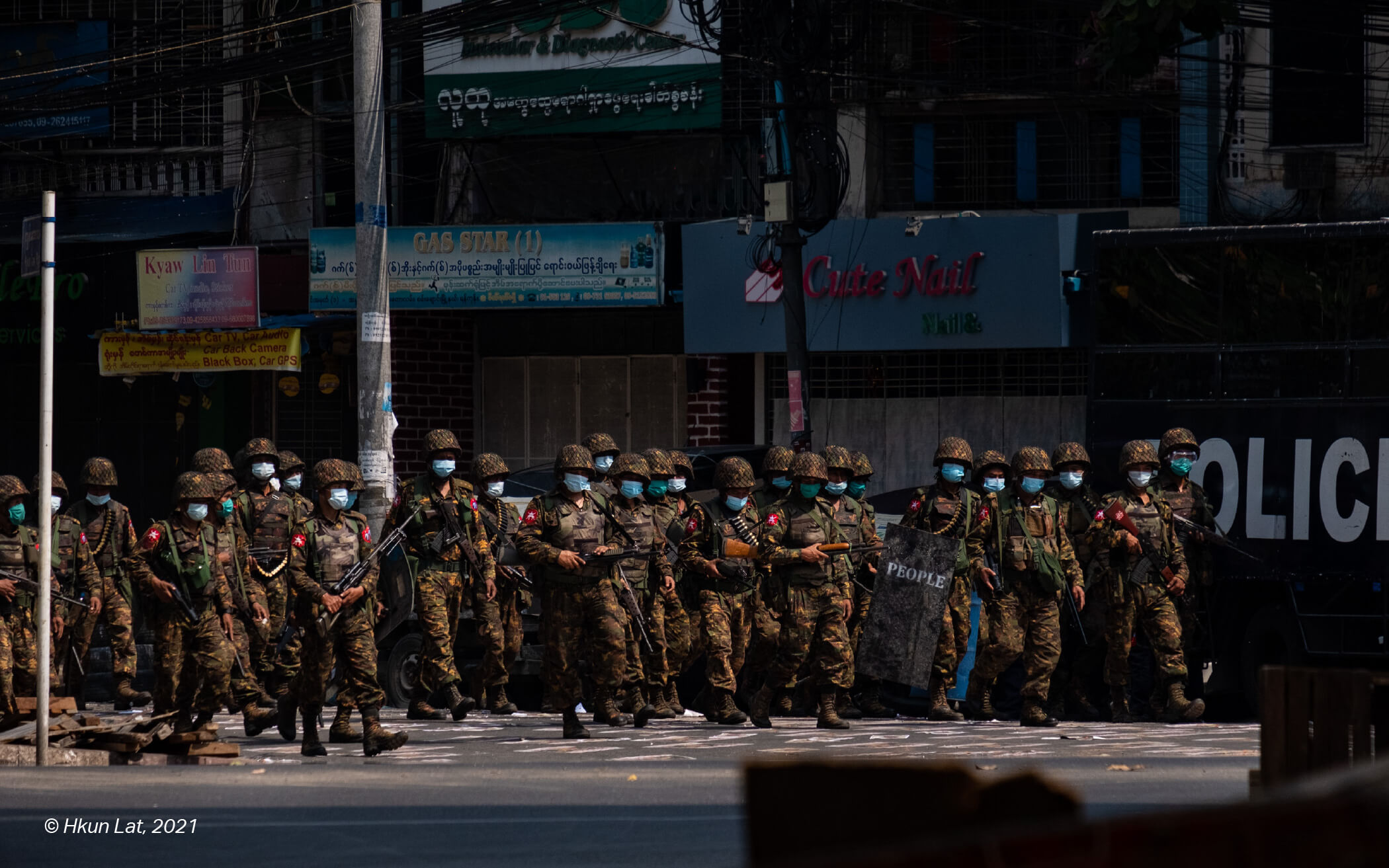 (BANGKOK, March 27, 2021)–The international community must take immediate and collective action to end the Myanmar junta’s widespread and systematic killing of unarmed people, said Fortify Rights today. U.N. member states should ensure those responsible are held accountable for their crimes.

The Myanmar military and police shot and killed upwards of 90 women, men, and children today in at least 40 towns and cities throughout the country, according to reports that Fortify Rights has not independently confirmed. Today is Armed Forces Day in Myanmar.

“This ongoing, horrific massacre of unarmed, innocent people is the result of years of impunity, and it must end,” said Matthew Smith, Chief Executive Officer of Fortify Rights. “Governments can no longer sit idly by and watch this attack unfold. Inaction is complicity.”

On March 26, state-run television MRTV broadcast an ominous warning to protesters, saying, “You should learn from the tragedy of earlier ugly deaths that you can be in danger of getting shot in the head and back.” Eyewitness photographs and videos filmed today show dead bodies, including children, and soldiers firing weapons street-level, dragging lifeless victims away, and brutally beating people. One video shows a close-range killing of an unarmed boy on a motorcycle by Myanmar Army soldiers.

The junta’s words and actions indicate coordination in today’s killings and that soldiers were following orders to shoot and kill unarmed protesters, said Fortify Rights.

According to media reports and open-source information, security forces killed and injured protesters in at least Mandalay Region, Yangon Division, Kachin State, Tanintharyi Region, Sagaing Region, and other locations throughout the country today.

As of the end of the day yesterday, the Assistance Association for Political Prisoners (AAPP) reported a death toll of 328 since the military coup d’état on February 1. Today’s bloodshed brings that tally to more than 400 women, men, and children. Security forces have also arbitrarily arrested at least 3,000 people, including children, according to AAPP.

On March 26, the U.N. Special Rapporteur on the situation of human rights in Myanmar Thomas Andrews called for U.N. member states to hold an “emergency summit,” including the Association of Southeast Asian Nations (ASEAN), China, the U.S., and the Committee Representing Pyidaungsu Hluttaw, which comprises elected members of the Myanmar parliament ousted in the February 1 coup d’état.

Myanmar’s Civil Disobedience Movement continues to lead a non-violent, peaceful resistance to military rule. Millions of people in the country have protested the military takeover, including throngs of peaceful protesters taking to the streets throughout the country on an almost daily basis, defying the junta’s attempts to terrorize the population.

The U.N. Security Council should impose a global arms embargo against the Myanmar military, sanctions against Myanmar military individuals, entities, and assets, and refer the situation in Myanmar to the International Criminal Court. The U.N. General Assembly should also urgently hold an Emergency Special Session to demand collective action in response to the Myanmar military’s widespread and systematic attack on protesters.

“Strong, targeted sanctions from the U.S., U.K., and other states are important to isolate the junta and deprive it of resources, but they’re not enough,” said Matthew Smith. “ASEAN must take urgent action, and China, Russia, and others must not be allowed to prevent a more coordinated and far-reaching global response to the horrors unfolding in Myanmar.”