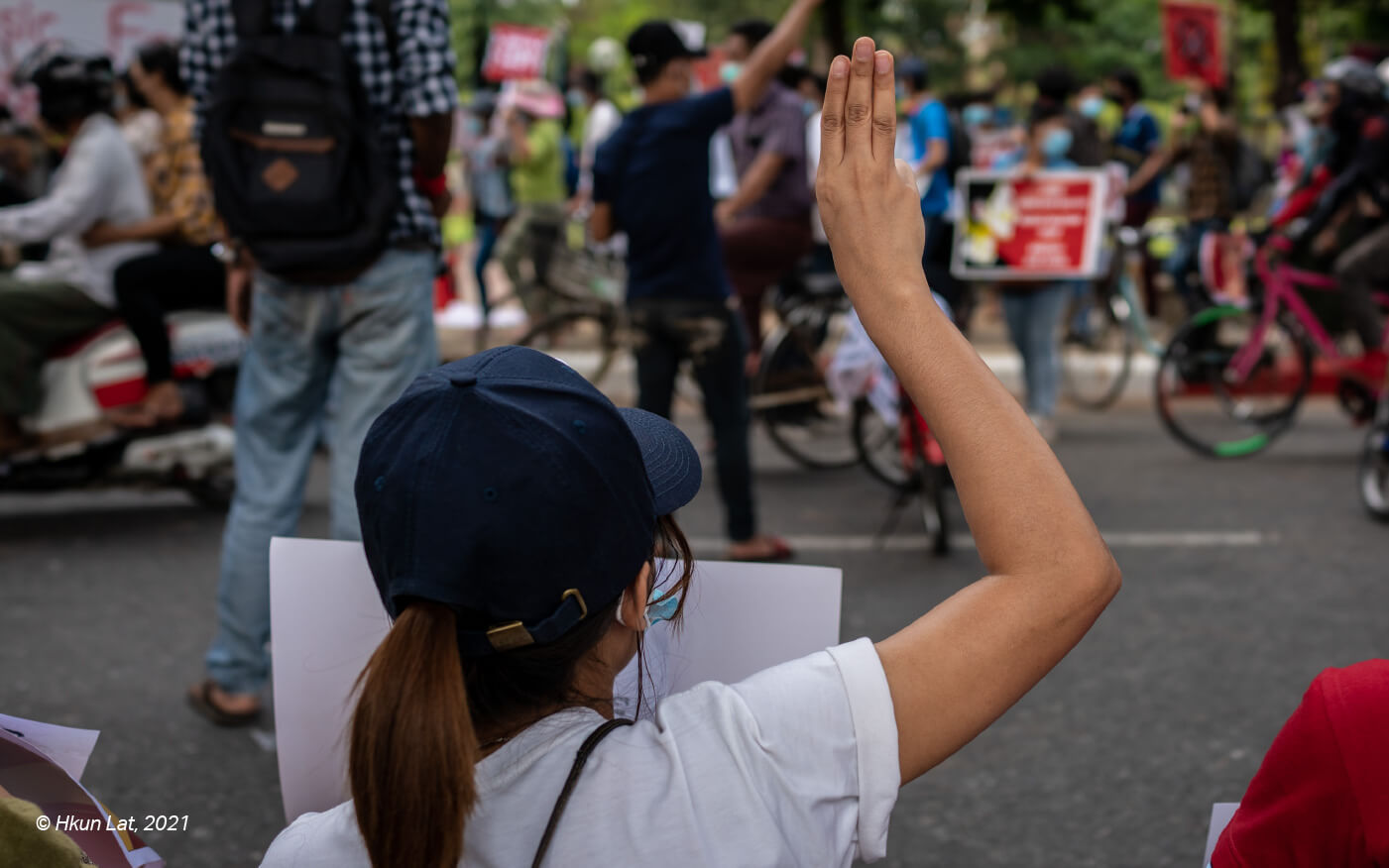 (BANGKOK, February 24, 2021)—The United Nations Security Council should “institute a coordinated, global arms embargo” against the Myanmar military, said Fortify Rights and 136 other organizations in an open letter to the body and U.N. member states today.

“The Myanmar military poses a demonstrable threat to international peace and security,” said Matthew Smith, Chief Executive Officer at Fortify Rights. “The Security Council should break its long history of inaction on Myanmar and immediately respond to this crisis.”

The open letter released today focuses on the February 1 coup as well as the junta’s deadly crackdowns on nationwide protests, which continue at the time of writing. The Myanmar military “has detained the elected civilian leaders of the country, nullified the results of the November 2020 democratic elections, and installed a junta, the State Administration Council, under a manufactured ‘state of emergency,’” the letter says.

On Monday, millions of people throughout Myanmar joined the “civil disobedience movement” by participating in a nationwide general strike and street protests.

State security forces have used lethal force against unarmed protesters, killing Wai Yan Htun, 16, and Thet Naing Win, 36, in Mandalay and Tin Htut Hein, 30, while he was on a “night watch” in Yangon on February 20. On February 19, Mya Thwate Thwate Khaing, 20, died from injuries sustained after security forces shot her in the head in Naypyidaw on February 9. The police used excessive force—including with high-pressure water cannons, beatings, and rubber bullets and other less-lethal projectiles—in various locations since February 1, injuring scores.

According to the Assistance Association of Political Prisoners, as of February 22, more than 630 people are either evading arbitrary arrest or are currently in detention since the junta seized power.

In addition to overthrowing a democratically elected government and arbitrarily detaining an elected world leader, the Myanmar military is also responsible for mass atrocities and protracted human rights violations committed with impunity against the Rohingya and the Arakanese (Rakhine), Kachin, Shan, Karen, and other ethnic-nationality people. In its 2017 genocidal offensive against the Rohingya, the military massacred untold civilians and forced nearly 800,000 to flee to Bangladesh. Myanmar authorities continue to confine more than 125,000 Rohingya and other Muslims to more than 20 internment camps in five townships in Rakhine State. Several armed conflicts in the country are ongoing.

“There is no question that the Myanmar military poses a threat to international peace and security, even beyond this coup,” said Matthew Smith. “The coup will only exacerbate existing crises in the country that threaten to spill over its borders.”

Despite the Myanmar military’s long-standing threats to peace and security, the U.N. Security Council has never used its authority under Chapter VII of the U.N. Charter with regard to Myanmar. Chapter VII allows the U.N. Security Council to “determine the existence of any threat to the peace, breach of the peace, or act of aggression” and to take military and nonmilitary action to “restore international peace and security.”

“Council members should use that newfound consensus to take swift and substantive action,” the open letter issued today said. “An arms embargo would be the centerpiece of a global effort to shield the people of Myanmar from a return to abusive and autocratic rule.”