Myanmar: Hold By-Elections and Ensure Right to Vote for All 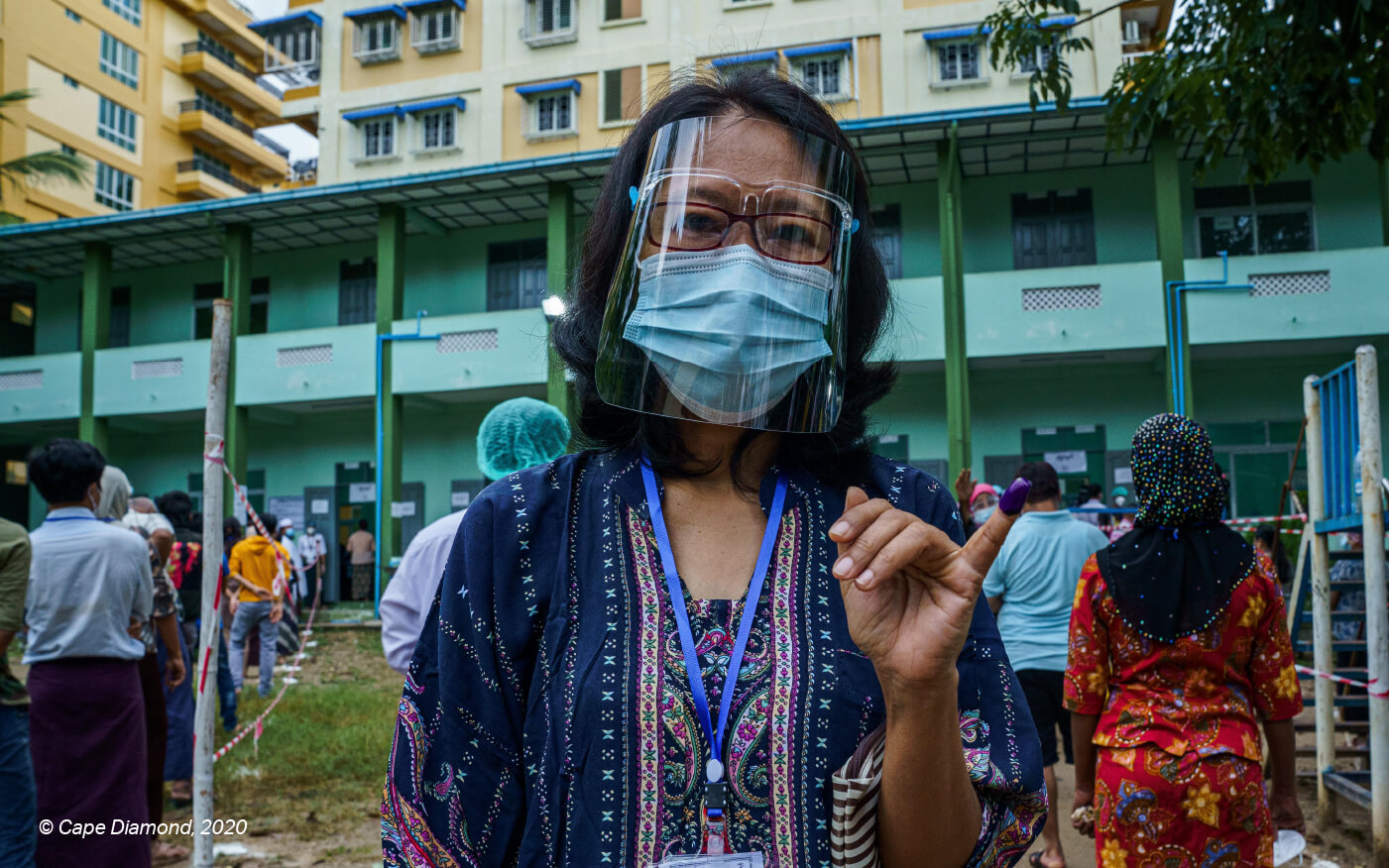 (BANGKOK, November 25, 2020)—The Government of Myanmar should immediately schedule by-elections in areas where the Union Election Commission (UEC) cancelled the November 8 polls, said Fortify Rights today. The government should ensure the right to vote for all eligible persons, including Rohingya and others disenfranchised under discriminatory laws.

The national elections held in Myanmar on November 8 disenfranchised ethnic minority voters, most notably the Rohingya en masse in Rakhine State as well as Rohingya refugees, including hundreds of thousands of potentially eligible voting-age Rohingya in refugee camps in Bangladesh.

“Myanmar’s elections aren’t finished,” said Ismail Wolff, Regional Director of Fortify Rights. “Free and fair elections must be held at the earliest opportunity in all areas where they were suspended.”

On October 16, the UEC announced the cancellation of elections in parts of 15 townships in Bago Region, Kachin, Kayin [Karen], Mon, Shan, and Rakhine states. On October 21, UEC spokesperson Myint Naing said the UEC cancelled the elections because the areas were “unsafe.”

On November 11, the UEC announced that it would hold elections in areas previously cancelled “when the situation in those areas becomes stable enough.” However, the UEC has yet to commit to a timeframe for the by-elections nor qualify what conditions would constitute “stable enough.”

The Arakan Army (AA) and the Myanmar military also both called for by-elections in Rakhine State. On November 12, the AA released a statement saying the suspension of the elections had “disenfranchised” voters and to allow “by-elections [to] be held in those constituencies in order that the people do not lose their rights.” The same day, Major General Zaw Min Tun of the Myanmar military welcomed the AA statement saying, “The military chief also stated that he wishes that every registered voter be able to vote. That’s why we welcome the AA’s statement.”
On November 12, the President’s spokesperson Zaw Htay told journalists, “The government will be negotiating and coordinating [with others] in order to hold elections in areas left out of the November 8 elections.” However, the President’s office has not provided any further information or taken action to facilitate the elections since this announcement.

Myanmar’s ruling party, the National League for Democracy (NLD), claimed a landslide victory in the November 8 elections, securing a clear majority in the parliament.

The Myanmar authorities denied almost all voting-age Rohingya—including hundreds of thousands of Rohingya in Rakhine State—the right to vote through an arbitrary and discriminatory application of Myanmar’s citizenship law. The UEC also rejected all Rohingya candidate applications for the 2020 election.

Global election monitor the Carter Center said the UEC rejected or de-registered 17 candidate nominations on the grounds of applicants’ “parents not holding Myanmar citizenship at the time of their birth.” Fortify Rights similarly documentedthe arbitrary rejection of Rohingya candidates based on false conclusions regarding the citizenship status of their parents.

Rohingya participated in 2010 nationwide elections in Myanmar, and three Rohingya served in parliament as recently as 2015. In 2015, the government excluded Rohingya from voting, running for office, or maintaining Rohingya-led political parties.

The Myanmar government’s continued denial of the Rohingya right to vote or to stand for election is part of its wider persecution of the indigenous ethnic group, including its ongoing denial of their existence, said Fortify Rights.

Ahead of the elections in Myanmar, 14 Rohingya-led refugee organizations in Bangladesh published an open letter to the UEC in Myanmar, urging it to “uphold the right of Rohingya refugees to vote and participate in the 2020 general election.”

The Government of Myanmar has long denied Rohingya access to full citizenship rights, most recently through National Verification Cards, which effectively identify Rohingya as foreigners. Under Myanmar’s 1982 Citizenship Law, the government denies access to full citizenship for individuals who do not belong to certain “national” ethnic groups determined by the Government of Myanmar. The government relies on an arbitrary and disputed list of 135 recognized ethnic groups that excludes Rohingya.

The government should amend the 1982 Citizenship Law to bring it in line with international laws and standards and ensure equal access to full citizenship rights, regardless of ethnic identity, race, or religion. The law should provide for a single status of full citizenship as opposed to three and cease basing access to citizenship on ethnic categories, said Fortify Rights.

The right to vote is enshrined in international law and standards, including in the Universal Declaration of Human Rights and the International Covenant on Civil and Political Rights (ICCPR), which states, “Every citizen, without discrimination, has the right to vote and to be elected at genuine periodic elections, by universal and equal suffrage and held by secret ballot, guaranteeing the free expression of the will of the electors.”

Myanmar is not a state party to the ICCPR and, as part of its “transition” to democracy, increased pressure should be placed on the country to ratify relevant international treaties and uphold its responsibility to promote and protect human rights, said Fortify Rights.

The country’s 2008 Constitution continues to reserve 25 percent of seats in the parliament for unelected military officials and grants the military control of key government ministries in contravention of democratic norms.

“The international community financed this election and has a role to play in rectifying its wrongs,” said Ismail Wolff. “Governments should work with Naypyidaw to ensure by-elections are scheduled and that the authorities amend the discriminatory citizenship law that enables disenfranchisement.”