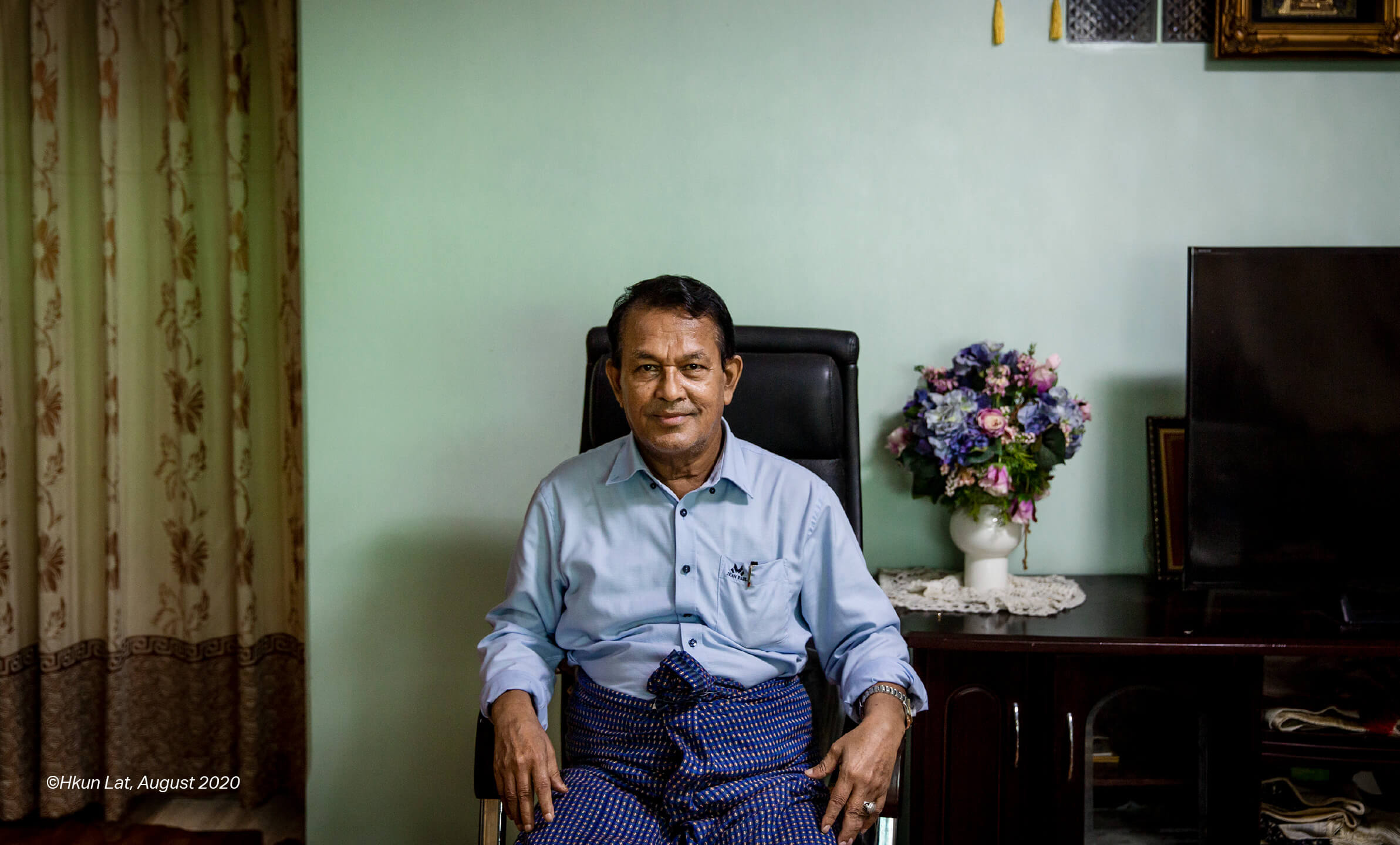 (YANGON, August 19, 2020)—The Government of Myanmar should amend the election law and ensure equal rights for Rohingya to participate in the upcoming national elections, said Fortify Rights today. Between August 11 and 16, district-level election commissions rejected the registration of six Rohingya seeking to run for Parliament during the elections scheduled for November 8.

Five of the Rohingya who were rejected appealed the decisions and one will submit his appeal on August 20. The Election Commission is expected to rule on their cases on August 20 and 25.

“If the commission doesn’t reverse these rejections, it’s charting an unfree election,” said Matthew Smith, Chief Executive Officer of Fortify Rights. “The Rohingya are asking for equal rights and they deserve nothing less.”

The six rejected Rohingya candidates include one woman—Khin Khin Lwin, 43—and Kyaw Min, 76, Aung Hla, 58, Saw Myint, 66, Abdul Rasheed, 58, and Abu Tahay, 56. The Election Commission is scheduled to announce its decision on Abdul Rasheed’s appeal on August 20, and it will announce decisions on the remaining five appeals on August 25, the three-year anniversary of the onset of mass atrocity crimes against Rohingya in Rakhine State.

The Union Election Commission is expected to announce the confirmed list of all approved candidates in the coming weeks.

Election commissions in Sittwe and Maungdaw districts in Rakhine State and Ma-ubin District in Irrawaddy Region rejected Rohingya applicants, citing sections 8(b) and 10(e) of Chapter V of the election law of the Pyithu Hluttaw—Myanmar’s lower house of parliament. Sections 8(b) and 10(e) require an applicant to be born of two parents who are citizens of Myanmar, and section 27 of its by-laws allows for the disqualification of applicants who do not meet this requirement.

On August 16, the Maungdaw District Election Commission—overseeing Buthidaung, and Maungdaw townships—rejected the candidacy application of the chair and founder of the Democracy and Human Rights Party (DHRP), Kyaw Min, claiming his parents were not citizens of Myanmar at the time of his birth. Kyaw Min previously ran and won a parliamentary seat during Myanmar’s 1990 elections. However, he was denied the opportunity to serve after the Myanmar military nullified the results of the 1990 elections and imprisoned many of those elected to Parliament, including Kyaw Min and members of his family. Kyaw Min submitted his application to run for Parliament representing Buthidaung Township on August 5.

Kyaw Min will submit his appeal to the Rakhine State Election Commission on August 20.

On August 16, the Maungdaw District Election Commission also rejected on the same grounds two other Rohingya members of DHRP—Aung Hla and Saw Myint—seeking to run for Parliament representing Buthidaung Township.

On August 11, the Sittwe District Election Commission rejected DHRP member Abdul Rasheed on the same grounds, despite evidence of his parents’ citizenship status at the time of his birth. Abdul Rasheed submitted an appeal on August 16 to the Rakhine State Election Commission, but the commission refused to provide a notification or receipt of the appeal despite his request.

“I am an ethnic [Rohingya] Muslim born in Yangon, and both my parents are Myanmar citizens, but [the authorities] rejected me as ‘Bengali,'” Khin Khin Lwin told Fortify Rights.

“My parents and grandparents were citizens,” Abu Tahay told Fortify Rights. “[The authorities] rejected me not according to the law. They are treating us in a discriminatory way.”

Not all Rohingya have been rejected. District-level election commissions in Maungdaw and Yangon’s eastern district and Pabedan and Mingalar Taung Nyunt townships accepted six other Rohingya candidates from DHRP and the NDPD to stand for elections. Fortify Rights was unable to confirm how many candidates from NDPP were rejected or accepted.

Rohingya participated in 2010 nationwide elections in Myanmar, and three Rohingya served in Parliament as recently as 2015. In 2015, the government excluded Rohingya from voting, running for office, or maintaining Rohingya-led political parties.

Article 21 of the Universal Declaration of Human Rights, to which Myanmar is a signatory, holds that “Everyone has the right to take part in the government of his country, directly or through freely chosen representatives.” The International Covenant on Civil and Political Rights further clarifies in Article 25 that “Every citizen shall have the right and the opportunity . . . [t]o vote and to be elected at genuine periodic elections . . . [and] [t]o have access, on general terms of equality, to public service in his country.” In considering these rights, the Human Rights Committee has held that “No distinctions are permitted between citizens in the enjoyment of these rights . . .” and that individuals “otherwise eligible to stand for election should not be excluded by unreasonable or discriminatory requirements such as education, residence or descent.”

In its requirement that potential candidates must be born of two parents who are citizens of Myanmar, the Myanmar Pyithu Hluttaw Election Law contravenes human rights law.

“No one should be excluded from an election because of their descent, race, or religion,” said Matthew Smith. “Like everyone else in Myanmar, the Rohingya deserve representation in Parliament.”