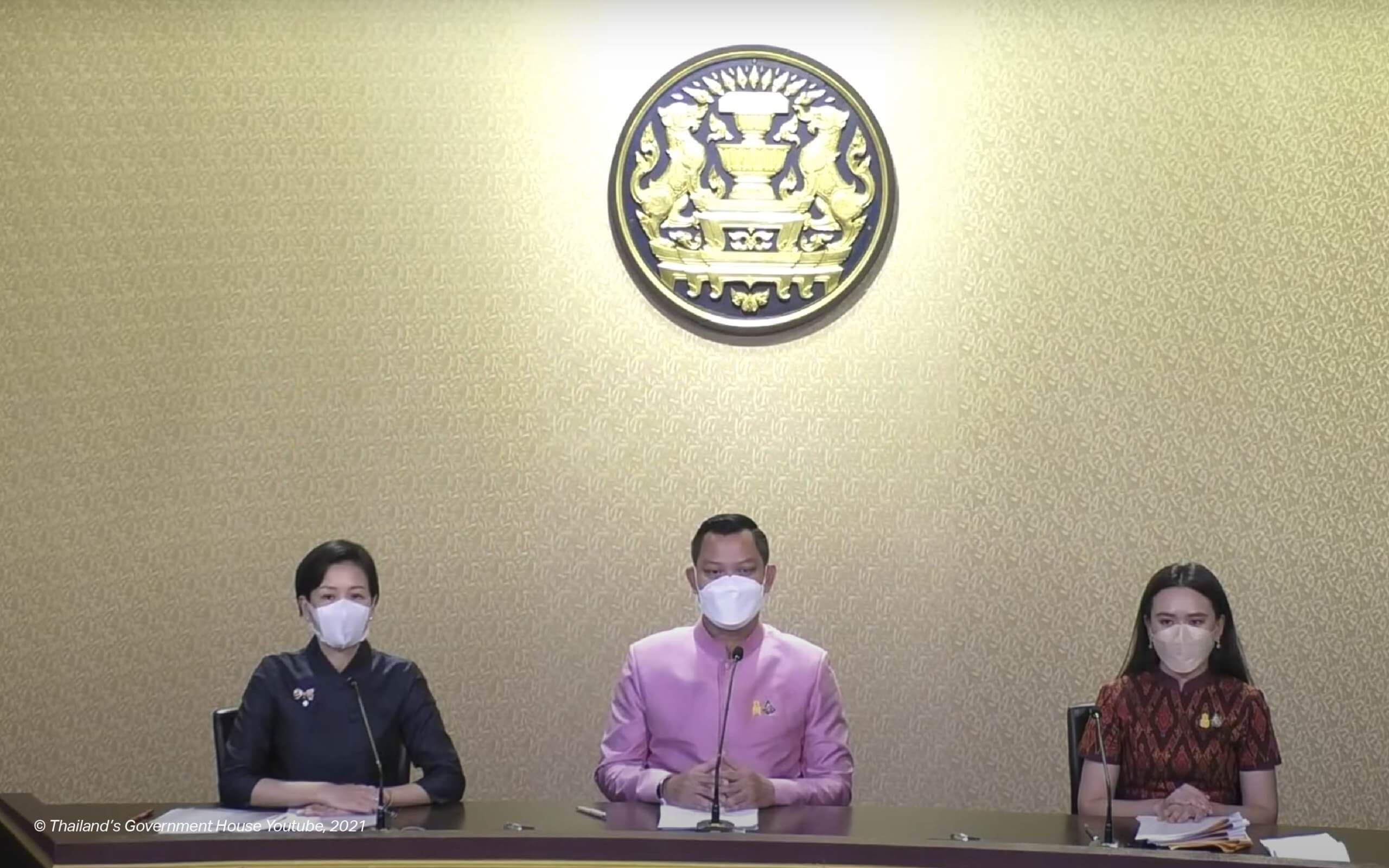 (BANGKOK, November 11, 2021)—The Government of Thailand should immediately publish information on the Cabinet-approved draft amendments to the 2015 Communicable Diseases Act and ensure the amendments align with international human rights law, Fortify Rights and 9 other organizations said today in an open letter to Prime Minister Prayut Chan-o-cha. The draft Communicable Diseases Act is expected to be introduced to Parliament for endorsement during the current session, which resumed at the beginning of this month.

“Transparency is especially critical during a public health emergency,” said Amy Smith, Executive Director of Fortify Rights. “The Thai government should ensure public access to information on new legislation that may soon govern the country’s response to COVID-19 and have far-reaching impacts on the lives of people in Thailand.”

On September 21, the Thai Cabinet approved draft amendments to the Communicable Diseases Act, which is expected to supplant the Emergency Decree in the country’s response to the COVID-19 pandemic. Although information on draft legislation, including the “Approval of the Resolution” and detailed summary of the law and its impacts, is typically published on the Secretariat of the Cabinet’s website upon approval, the Cabinet has yet to disclose information on the approved amendments to the Communicable Diseases Act.

In the open letter, Fortify Rights, Human Rights Watch, Article 19, iLaw, and others expressed concern that “the amended Communicable Diseases Act may indefinitely retain and solidify the Emergency Decree’s repressive measures that restrict the right to freedom of peaceful assembly and expression.”

During a press conference on September 21 following approval of the draft amendments by the Thai Cabinet, deputy government spokesperson Rachada Dhnadirek stated that, “[i]n the event of a serious communicable disease outbreak, the Emergency Decree will no longer be necessary . . . The amended Communicable Diseases Act will be invoked instead.”

Public consultation on an earlier version of the draft amendments raised concerns about overly broad and unchecked powers to the government. For example, the earlier version of the draft amendment provided that in the event of a public health emergency, the National Communicable Diseases Committee, chaired by the prime minister, may implement measures to “prohibit [the public] . . . from organizing any activity which may . . . give rise to the outbreak of a serious communicable disease or may prohibit any public gathering or the gathering of individuals exceeding a specified limit.”

Prime Minister Prayut has relied on similar provisions under the Emergency Decree to restrict the rights to freedom of expression and peaceful assembly. Following the declaration of a state-of-emergency in March 2020 due to escalating COVID-19 cases, Thai authorities have reportedly arrested and charged more than 1,330 protesters under the Emergency Decree. In August alone, Thai Lawyers for Human Rights reported that Thai authorities arrested at least 260 protesters, including 70 children, for their involvement in anti-government protests.

Under international human rights law, the public health threat posed by COVID-19 may be considered a legitimate aim to justify restrictions on certain rights. However, such restrictions are only valid under international law when they are necessary, proportionate, and provided by law to achieve the specific legitimate aim. Restrictions should be neither arbitrary nor discriminatory in application and should be of limited duration as well as subject to review.

Restrictions on the rights to freedom of expression and peaceful assembly issued under the Emergency Decree law are unlikely to comply with international standards given the vague and overly broad nature of the provisions. In the open letter, the organizations cautioned the Thai government that “[if] the amendments to the Communicable Diseases Act replicate provisions of the Emergency Decree, restrictions issued under the law would similarly fail to meet international standards.”

The organizations in the open letter further called upon the Thai government to “follow the guidance provided by the United Nations Office of the High Commissioner for Human Rights (OHCHR) on COVID-19 related responses” by ensuring that “sufficient information about emergency legislation and measures . . . be communicated swiftly and in all official languages of the State . . .  and in an accessible manner so the public at large is aware of the new legal rules and can conduct themselves accordingly.”

“While COVID-19 is a legitimate public health concern, Thai authorities must not use it as a pretext to unjustifiably restrict peaceful assemblies and silence dissent,” said Amy Smith. “As Thailand moves towards a new legal mechanism in addressing the pandemic, the government must ensure that the Communicable Diseases Act and any measures issued under the Act are rights-respecting and provide space for people in Thailand to safely exercise their fundamental freedoms.”