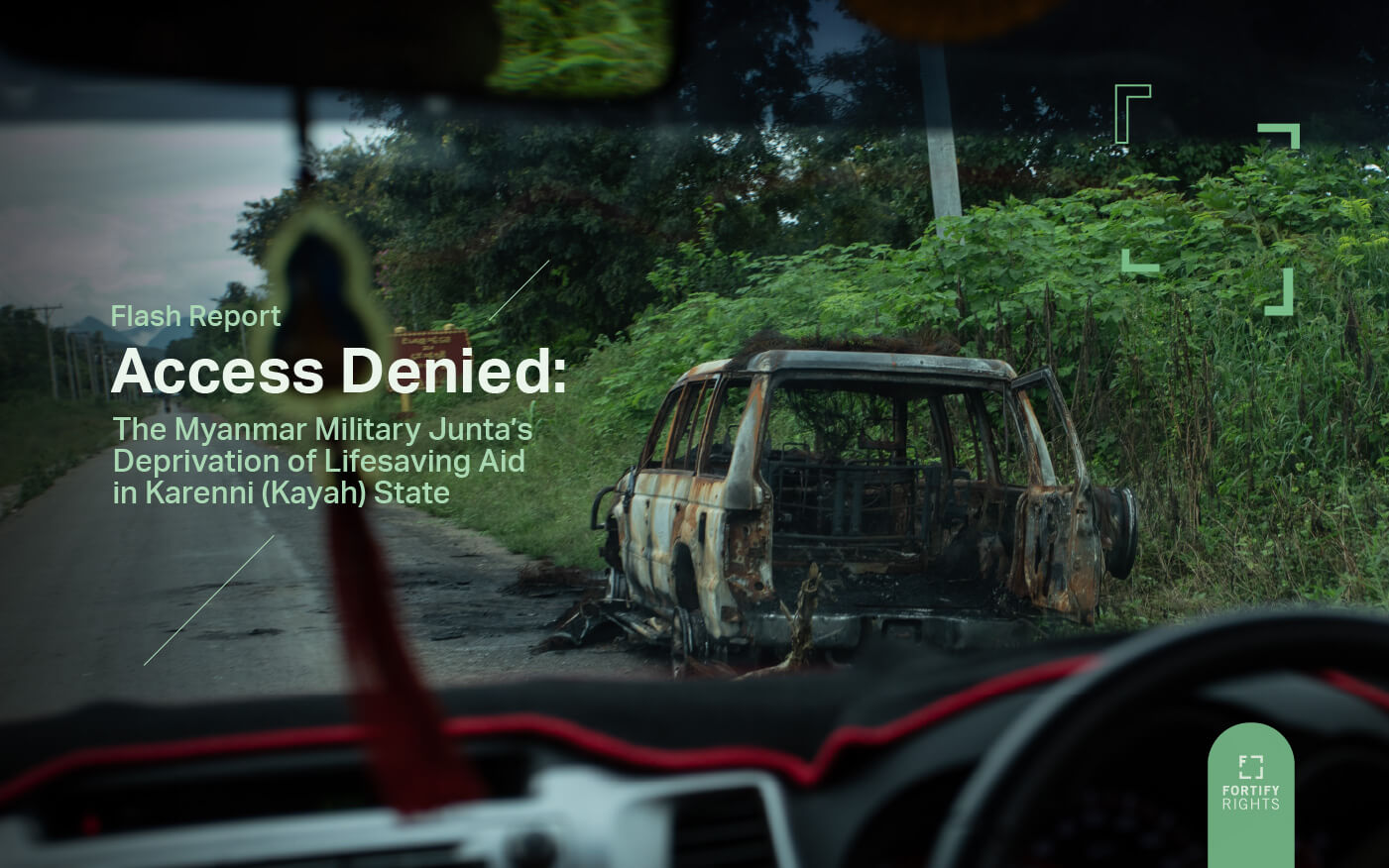 While military-led attacks on civilians increase and impunity for atrocity crimes is further entrenched, the military junta continues to deny any wrongdoing.

To ensure lifesaving aid for an increasing number of civilians forcibly displaced in the country, this report recommends that Thailand, India, China, and Bangladesh authorize agencies to deliver cross-border humanitarian aid to Myanmar, directly as well as through community-based partners.