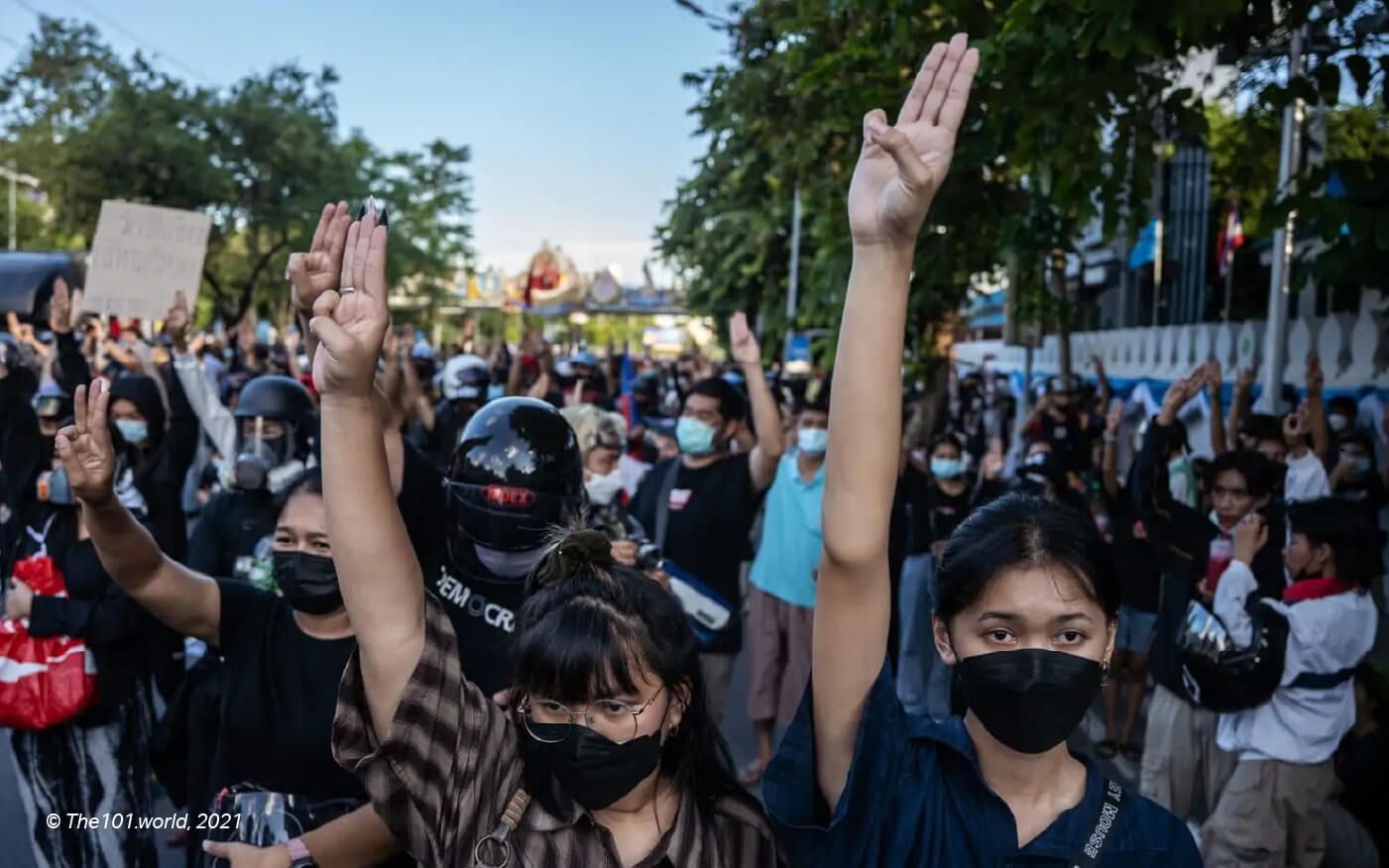 (BANGKOK, September 28, 2021)—The Government of Thailand should ensure the emergency decree and any measures adopted in response to COVID-19 align with international human rights law, Fortify Rights said today. Today, the Thai Cabinet authorized the extension of the nationwide state of emergency for the fourteenth time, as proposed by the Center for COVID-19 Situation Administration (CCSA), chaired by Prime Minister Prayut Chan-o-cha.

“While COVID-19 is a legitimate public health concern, Thai authorities should not use the pandemic as a pretext to suppress basic rights and shut down criticism,” said Amy Smith, Executive Director of Fortify Rights. “The authorities should free and drop charges against peaceful protesters arbitrarily detained under the COVID-19 emergency decree.”

The current extension will last until November 30. Since the initial imposition of the state of emergency in March 2020, Thai authorities have reportedly arrested and charged hundreds of peaceful anti-government protesters for allegedly violating restrictions under the emergency decree.

On September 14, 2021, the Cabinet approved draft amendments to the 2015 Communicable Diseases Act, which is expected to replace the emergency decree in the government’s response to the pandemic. The most recent draft amendments, which require parliamentary approval, are not yet publicly available.

The recently extended state of emergency declaration, issued pursuant to the 2005 Emergency Decree on Public Administration in Emergency Situations, authorizes the prime minister to restrict certain rights. Several regulations issued by Prime Minister Prayut Chan-o-cha have included vague and overly broad restrictions on the rights to freedom of peaceful assembly and expression.

Violations of the emergency decree law and its regulations are punishable by up to two years in prison and/or a maximum fine of 40,000 Thai Baht (US$1,200).

International human rights law and Thailand’s domestic law protect the rights to freedom of expression and peaceful assembly. Section 36 of the 2017 Constitution of Thailand holds that “a person shall enjoy the liberty of communication by any means,” and Section 44 holds that “a person shall enjoy the liberty to assemble peacefully and without arms.” Thailand is also a state party to the International Covenant on Civil and Political Rights, which guarantees the right to freedom of expression pursuant to Article 19 and the right to peaceful assembly pursuant to Article 21.

Under international human rights law, states may restrict rights to freedom of expression and peaceful assembly only when such restrictions are necessary, proportionate, and provided by law to accomplish a legitimate aim. While addressing a serious public health threat, such as COVID-19, is considered a legitimate aim for limiting certain rights, such restrictions must be specifically targeted at preventing disease.

On March 16, 2020, a group of UN human rights experts reminded States that “[r]estrictions taken to respond to the virus must be motivated by legitimate public health goals and should not be used simply to quash dissent.” Amid the pandemic, the U.N. Special Rapporteur on the Rights to Freedom of Peaceful Assembly and of Association further issued guidance on April 14, 2020 cautioning governments against seizing on the crisis “to suspend constitutional guarantees, to pass sweeping emergency laws and to rule by decree.”

Thailand should uphold its obligations to protect the rights of peaceful protesters and ensure that human rights are at the forefront of any further measures adopted to prevent the spread of COVID-19, Fortify Rights said.

“Lifting the state of emergency and revoking rights-violating regulations would be one step towards ensuring space for people in Thailand to exercise their fundamental freedoms,” said Amy Smith. “Any COVID-19 measures, whether they be under an amended Communicable Diseases Act or any other legislation, must be rights-respecting and not be open to misuse as a tool to silence dissent.”