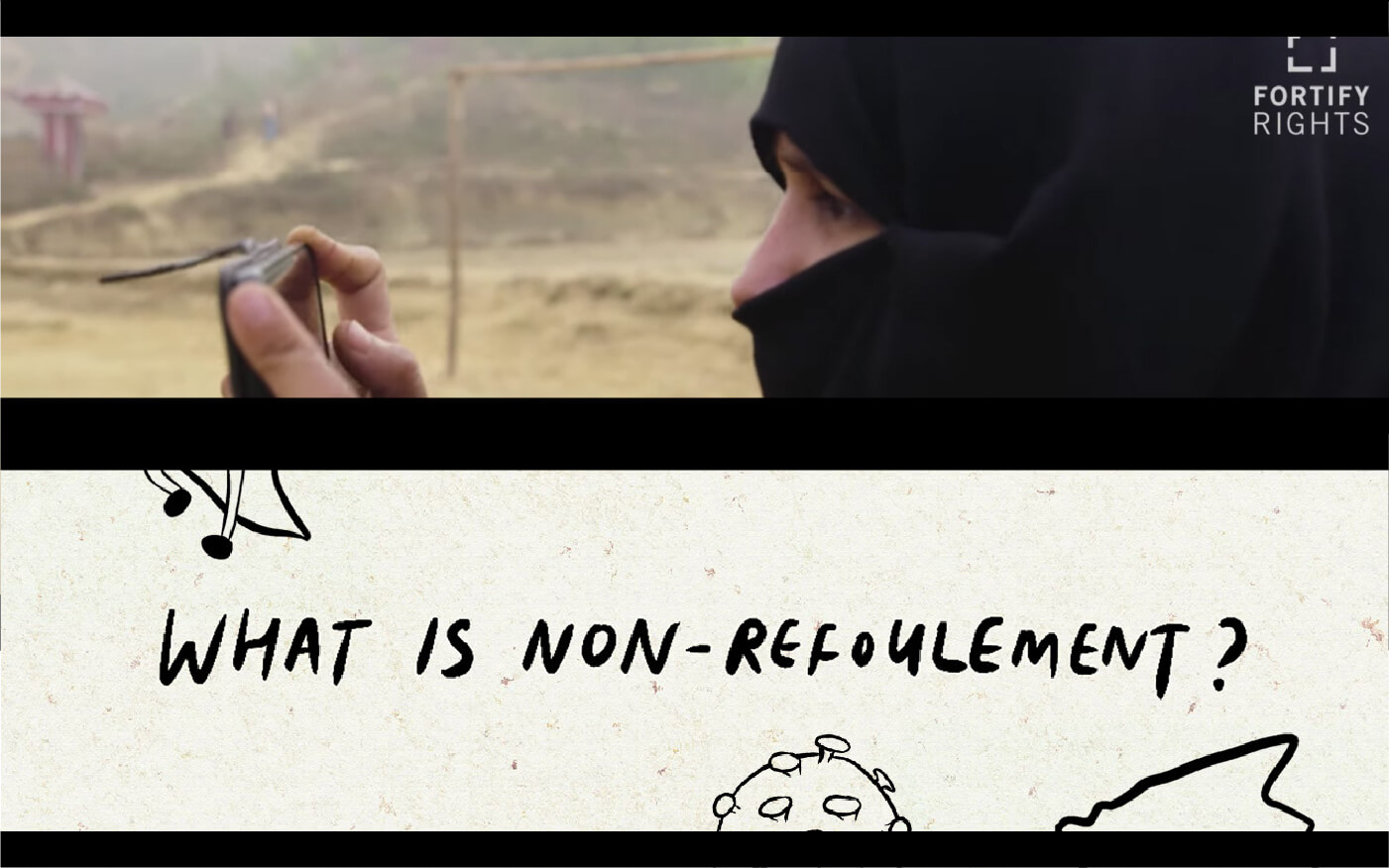 (BANGKOK, December 16, 2021)—As part of an internal learning series for their staff, a western government—unnamed here for privacy purposes—hosted an internal screening of Fortify Rights’s 23-minute documentary film EXODUS on the Rohingya crisis. The government invited Fortify Rights Senior Multimedia Specialist Taimoor Sobhan and Human Rights Specialist Zaw Win to join a post-screening question-and-answer session to discuss the film and the situation of the Rohingya in Myanmar and Bangladesh. Approximately 20 government staff joined the event.

EXODUS follows the lives of three young Rohingya refugee photographers from Myanmar living in one of the world’s largest refugee camps in Bangladesh. Fortify Rights, in collaboration with Doha Debates, released the film on August 25, 2021 on the anniversary of the onset of genocidal attacks in Myanmar that forced more than 700,000 Rohingya into Bangladesh.

In another development, the prestigious International Institute of Humanitarian Law based in Sanremo, Italy also incorporated a Fortify Rights multimedia production as part of its regularly held course for government officials, U.N. representatives, and others on international refugee law. The Institute featured Fortify Rights’s two-minute animated explainer “What is Non-Refoulement?” during its online course held in October 2021, which included participants from more than 37 countries.

The animation is part of a series of animated explainers produced by Fortify Rights to clarify and bring greater understanding and awareness on complex areas of human rights law. Fortify Rights originally published “What is Non-Refoulement?” on July 30, 2021 in both Thai and English languages to provide an overview of the protections provided under international law to prevent governments from forcibly returning people to places where they would face persecution.