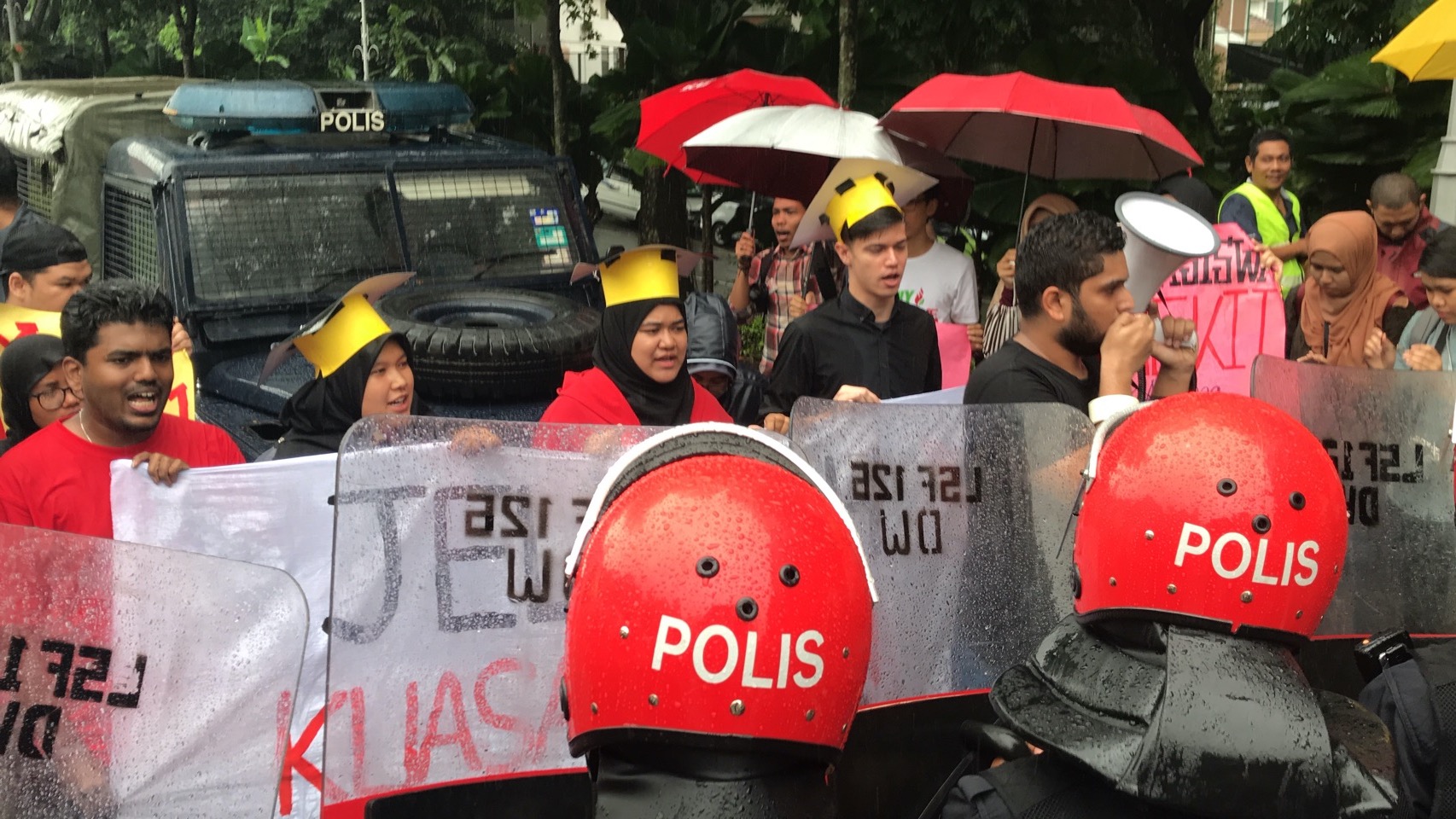 (KUALA LUMPUR, October 4, 2018) – The Government of Malaysia should amend the Universities and University Colleges Act 1971 (AUKU) to remove all restrictions that violate the fundamental rights of university students, Fortify Rights said today.

“The government should waste no time in honoring their manifesto promises to abolish harmful restrictions against university students,” said Matthew Smith, Chief Executive Officer of Fortify Rights. “We support the government’s commitment to change the law, but now it’s time for action. The necessary changes should be included in the new policy reforms across Malaysian universities.”

On June 28, 2018, Fortify Rights published a 63-page report, “No Politics on Campus,” documenting how Malaysian authorities and public universities worked in concert for nearly five decades to restrict the fundamental rights of university students using AUKU and related rules. The report highlights specific cases from September 2016 to June 2017, showing how universities warned, fined, or suspended students for their involvement in political rallies, raising placards at university events, and organizing press conferences to discuss issues of concern.

In some cases, the former Government of Malaysia under the Barisan Nasional administration called upon universities to take disciplinary action against specific students, and the universities complied. In at least two cases documented in the report, university officials cracked down on students who expressed their views and concerns about the controversial 1 Malaysia Development Berhad or 1MDB scandal, which implicates members of the former government in allegedly embezzling several billion dollars from a state-owned fund.

AUKU and related regulations as well as public universities’ disciplinary actions against students for engaging in political activism on and off-campus violate the rights to freedom of speech, peaceful assembly, and association. These fundamental rights are protected under Article 10(1) of the Malaysian Federal Constitution. Under international human rights law, the same rights are protected under articles 19 and 20(1) of the Universal Declaration of Human Rights and articles 19 and 21 of the International Covenant on Civil and Political Rights (ICCPR).

Fortify Rights joins student activists in Malaysia in recommending the Government of Malaysia urgently amend AUKU and any related regulations to remove all restrictions that violate the fundamental rights of university students. University authorities should also immediately and unconditionally drop all proceedings against university students facing disciplinary action for exercising their rights to freedom of expression, peaceful assembly, and association.

“The government should adopt a rights-respecting and student-centered approach,” Matthew Smith said. “The long-standing repression of free speech must end.”