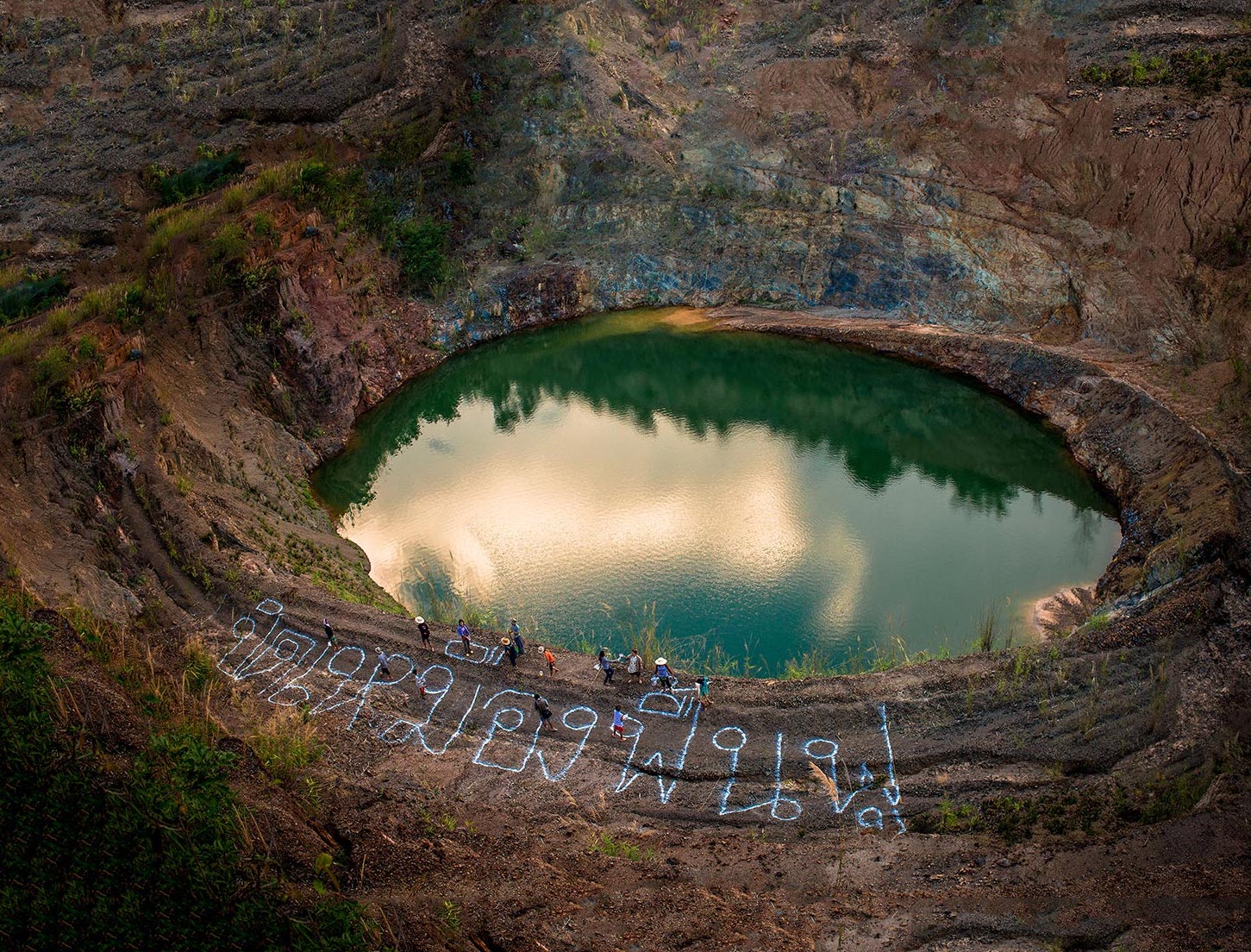 (BANGKOK, October 2, 2018)—Thai authorities and a Thai gold-mining company have targeted and violated the rights of local environmental defenders involved in opposing a gold mine in northeastern Thailand for more than a decade, Fortify Rights said today in a new report. The Government of Thailand should investigate and prosecute perpetrators who attacked local community members and provide remedies and reparations for those whose rights were abused and violated.

“This community is facing ongoing reprisals for standing up for their environment, their rights, and their livelihoods for years,” said Amy Smith, Executive Director of Fortify Rights. “The Thai government must ensure environmental defenders can carry out their legitimate work without fear of abuse or retaliation.”

The new 90-page report, “We Fight to Protect Our Home:” Reprisals Against Environmental Defenders in Loei Province, Thailand, documents ten years of abuses against a mining-affected community in Wang Sa Phung District, Loei Province. Documented abuses and violations include judicial harassment, arbitrary detention, death threats, and violations of the rights to freedom of expression, peaceful assembly, and a healthy environment. The report exposes unchecked environmental contamination of rivers and streams surrounding the gold mine as well as impunity for a coordinated, violent attack by a soldier-led masked militia against community members in 2014.

In 2007, residents of six villages surrounding a gold-copper open-pit mine operated by the Thai-registered mining company Tungkum Limited formed Khon Rak Ban Kerd Group (KRBKG), or People Who Love Their Homeland, a community-based organization advocating for the closure of the gold mine and remedies for adverse health and environmental impacts they say are linked to the gold mining operation. Members of KRBKG continue to face criminal prosecutions for their nonviolent and legitimate activities.

Fortify Rights conducted a three-year investigation into human rights violations and abuses against members of KRBKG and others in the community. The report is based on 59 interviews with survivors and eyewitnesses, government officials, and others in multiple locations in Thailand. Fortify Rights also monitored 22 legal proceedings brought by Thai authorities and Tungkum Ltd. against environmental defenders involved in opposing the mining operations and obtained and analyzed more than 1,900 pages of evidence, including legal documents, and more than 500 videos and 1,000 photos.

Thai authorities and Tungkum Ltd. targeted environmental defenders from the community, journalists, and others with time-consuming and costly lawsuits that infringe on basic rights and freedoms. For example, in 2017, Thai authorities initiated three criminal complaints against 14 members of KRBKG for engaging in protest activities related to the gold mine. Tungkum Ltd. also filed at least 19 criminal and civil lawsuits against 33 Loei residents and members of the KRBKG as well as against a freelance journalist between 2007 and 2017. One case involved a complaint against a local 15-year-old girl.

Local residents in affected communities surrounding the gold mine largely rely on farming and the natural environment for their livelihoods and sustenance. Water and soil pollution has adversely impacted their daily lives and livelihoods

“Thai authorities should fully investigate and remedy potential environmental and health impacts resulting from the gold mine,” said Amy Smith.

Fortify Rights also collected firsthand testimony about an alleged attempt by a local politician’s driver to hire a hitman to target and kill Loei residents involved in KRBKG, offering 500,000 Thai Baht (US$15,000) per target. The plot, which was unfulfilled, allegedly aimed to assassinate six women and three men.

Local residents were also subject to violent attacks. On May 15, 2014, an estimated 150 masked men armed with knives, batons, and guns surrounded the small village of Na Nong Bong and detained and attacked local residents while trucks transported ore out of the mine. Residents repeatedly called the local police for help. No one intervened.

The attack left at least a dozen of residents of Na Nong Bong village and surrounding villages injured and terrorized.

On May 31, 2016, the Loei Provincial Court convicted an army lieutenant colonel and a retired army lieutenant general for their involvement in the attacks, sentencing them to 36 months and 24 months in prison, respectively. The Court ordered the payment of compensation ranging from 2,600 to 25,000 Thai Baht (approximately US$70 to US$700) to nine residents. On September 25, 2017, the Appeal Court upheld the conviction of the two military officers and increased their sentences to 60 months’ and 40 months’ imprisonment, respectively.

“Thai authorities did the right thing in holding the ringleaders of the violent attack accountable, but the process fell short of full accountability,” said Amy Smith. “Thai authorities should fully investigate Tungkum Ltd.’s possible involvement in this attack as well as the dozens of other perpetrators.”

Under international human rights law, states have an obligation to protect the rights to liberty and security of person, freedom of peaceful assembly and expression, and the right to a healthy environment. The International Covenant on Civil and Political Rights, the International Covenant on Economic, Social and Cultural Rights, and the Declaration on Human Rights Defenders protect human rights defenders in the context of their work, including their safety and security, and their rights to peaceful assembly and expression.

At the conclusion of its first official visit to Thailand in April 2018, the U.N. Working Group on Business and Human Rights expressed concern with “unreasonable and unwarranted restrictions on the right of affected people to raise legitimate concerns and protest peacefully.” The Working Group further called on the government to “end recurring attacks, harassment and intimidation of human rights defenders, union leaders and community representatives who speak out against business-related human rights abuse.”

Fortify Rights recommends that the Government of Thailand repeal or amend laws and orders that are incompatible with the rights to freedom of expression and peaceful assembly, including Sections 326 to 328 of Thailand’s 1956 Criminal Code, the 2015 Public Assembly Act, and National Council for Peace and Order No. 3/2558 and ensure accountability for serious human rights violations.

“Business has a responsibility to respect, protect, and promote human rights of affected communities and human rights defenders,” said Amy Smith. “The authorities, Tungkum Ltd., and other related businesses should immediately consult with community members to ensure adequate and effective remedies for environmental and health impacts, and reclamation of land affected by the gold mine.”