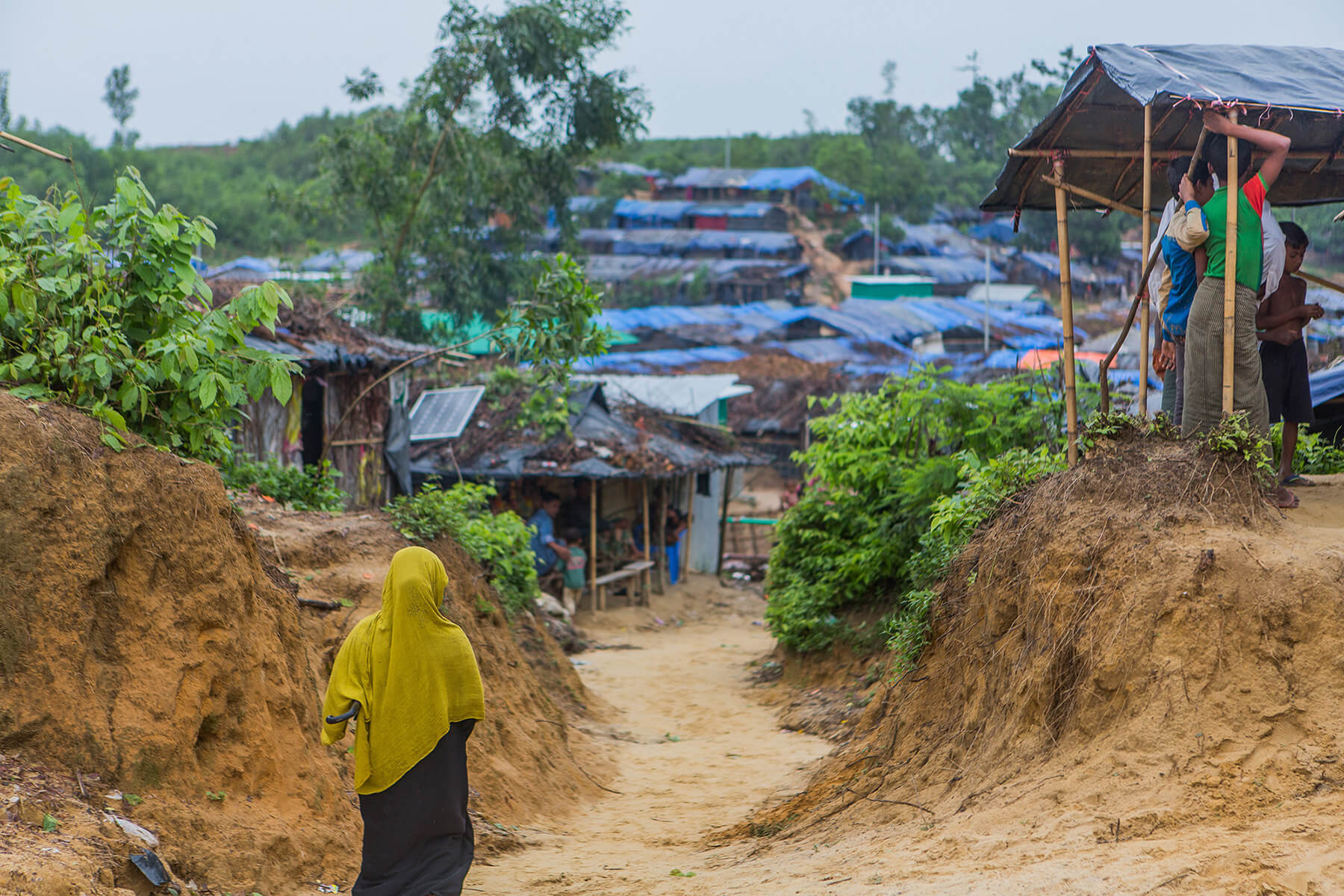 “Refugee returns should always be safe, voluntary, and dignified. Any mass return process at this point would be premature, effectively forced, and put Rohingya lives at risk,” said Matthew Smith, Chief Executive Officer of Fortify Rights. “Rohingya refugees shouldn’t be treated like subjects in a bilateral chess match. They have rights.”

On November 1, between 4 p.m. and 5 p.m., Bangladesh security forces assembled 18 Rohingya Majhis—locally elected leaders—from a single refugee camp (undisclosed here for security reasons) for a meeting at a nearby security post. Rohingya participants in the meeting told Fortify Rights that Bangladeshi officers physically hit them and threatened them to instruct their camp blocks to accept “Smart Cards,” which are identification cards containing biometric data.

In June 2018, the United Nations High Commissioner for Refugees (UNHCR) and the Bangladesh government began issuing “Smart Cards” to Rohingya refugees. The cards are intended to “provide a secure identity documentation for refugees,” according to UNHCR, and to “establish a more efficient system for refugees to access services and assistance.” The cards affirm in writing that the Bangladesh government will not force returns to Myanmar. However, Rohingya in Bangladesh told Fortify Rights they fear the biometric data may be used to support returns to Myanmar.

“The Bangladeshi army accused me of trying to convince Rohingya in my block to not accept Smart Cards,” a 32-year-old Rohingya Majhi told Fortify Rights. “The army officer threatened me, saying he would force me back to Myanmar. They slapped me very hard.”

Another Rohingya refugee Majhi, 30, described how a Bangladesh officer assaulted him three times during the same meeting on November 1. “The Bangladeshi [authorities] were being very forceful to us Rohingya people,” he told Fortify Rights. “I was hit on the face for not agreeing with the Smart Cards. I felt emotionally broken after I was hit. The Bangladeshi authorities are trying to force us to go back to Myanmar . . . It is not safe.”

Smart Cards are meant for Rohingya refugees above the age of 12. The card replaces two existing cards that most refugees in Bangladesh already possess: a white Ministry of Home Affairs registration card and a yellow Refugee Relief and Repatriation Commissioner family counting card.

Rohingya refugees told Fortify Rights they fear the Bangladesh government will give their biometric information to the Myanmar government and subject them to forced returns to Myanmar.

Myanmar officials claim to have verified a list of over 5,000 Rohingya refugees for return, with the “first batch” of 2,000 Rohingya to be returned starting on November 15. The Myanmar government selected the first 2,000 Rohingya identified for returns from a list of 8,032 refugees that Bangladesh provided to Myanmar in February 2018. Of that list, Myanmar claims to have “verified” 4,600. Bangladesh reportedly selected the names at random from its refugee-registration documentation; however, the authorities did not consult Rohingya refugees before sharing their biodata with the Myanmar government or to confirm their willingness to return to Myanmar.

On November 3, a Rohingya refugee man, 60, from Maungdaw Township attempted suicide by drinking cleaning detergent after hearing from a Majhi that his family was potentially on the list to be sent back to Myanmar.

“I don’t want to go back to Myanmar,” the man told Fortify Rights on November 5 while recovering. “I would rather die or be killed than be sent back. When I heard my name was on the list, I felt angry and scared. There was a heavy, restless sense in my soul.” Fortify Rights referred the man to relevant health workers in Cox’s Bazar District.

Another Rohingya man, 27, from Buthidaung Township told Fortify Rights he believes his family is on the repatriation list: “The Rohingya are persecuted [in Myanmar]. We are deprived of justice. If my family gets forced back, then we can’t even go to our original home. I am fearful.”

On November 9, a Rohingya man, 37, told Fortify Rights he had previously been forced back to Myanmar after fleeing Myanmar military attacks in 1992. He fled again after the Myanmar Army led attacks against Rohingya civilians in August 2017. “Normally it’s a good feeling to remember home, but I don’t feel that way,” he told Fortify Rights. “When I think about my homeland, I think of fire and massacres. I won’t go back.”

On October 31, Myanmar’s Secretary of Foreign Affairs Myint Thu praised the plan to return refugees to Myanmar as “very concrete.” He also stated that Myanmar had established “a number of measures” to ensure Rohingya “a secure environment for their return.”

The U.N. refugee agency has said the situation in Myanmar is “not yet conducive for returns.”

On October 24, U.N. Fact Finding Mission Chair Marzuki Darusman warned that the hundreds of thousands of Rohingya who remain in Myanmar still face “an ongoing genocide.” Marzuki Darusman and his team said the elements of genocide “continue to hold” for Rohingya in Myanmar’s northern Rakhine State.

Myanmar authorities stripped Rohingya of full citizenship rights in 1982. The government continues to confine more than 120,000 internally displaced Rohingya in more than 20 internment camps in five townships of Rakhine State, depriving many of adequate humanitarian aid and lifesaving assistance. The authorities also deny Rohingya in Myanmar the right to freedom of movement and other basic rights and continue to deny evidence of mass atrocity crimes against the Rohingya.

The U.N. Security Council should refer the situation in Myanmar to the International Criminal Court to investigate the full spectrum of atrocity crimes in Myanmar, including crimes in Rakhine, Kachin, and Shan states, said Fortify Rights.

“Bangladesh and Myanmar can’t expect Rohingya to willingly return without meaningful guarantees that their rights will be restored and, judging from Myanmar’s behavior, that’s a long way off,” said Matthew Smith. “Governments should be working to ensure criminal prosecutions.”