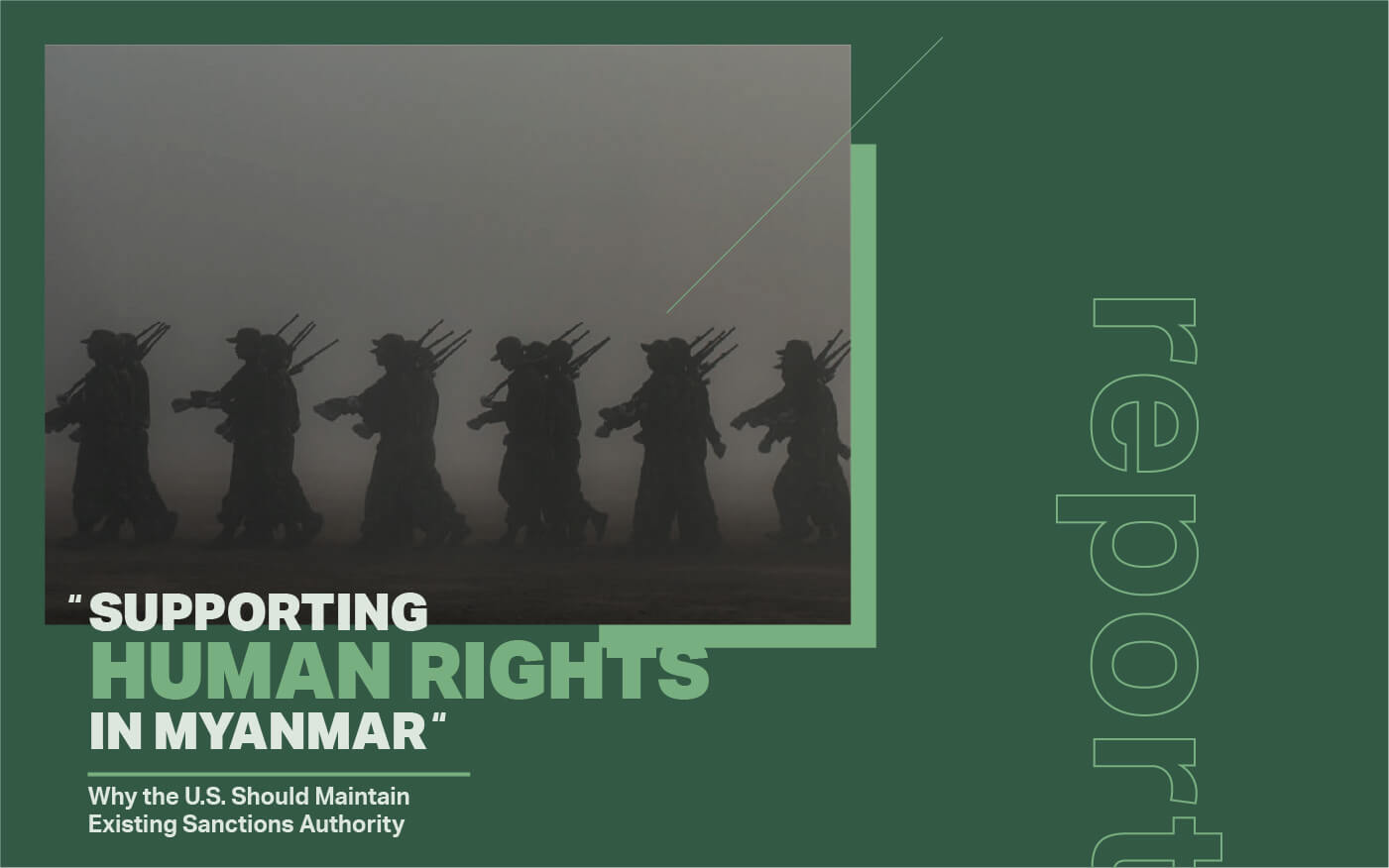 Why the U.S. Should Maintain Existing Sanctions Authority

Is now the time for the U.S. Government to drop all sanctions on Myanmar (also known as Burma)? A network of corporate lobbyists and business associations are seeking to convince the administration of U.S. President Barack Obama to lift all remaining sanctions on the country by letting the existing sanctions authority expire this month.

At the core of their argument is the idea that the situation in Myanmar has fundamentally changed for the better and that economic sanctions are no longer necessary or productive.

Fortify Rights and United to End Genocide interviewed 43 eyewitnesses and survivors of human rights abuses as well as U.N. officials and others in Yangon Division, Rakhine State, and Kachin State in Myanmar in March and April 2016 to assess whether the U.S. Government should maintain its authority to sanction Myanmar or let it lapse this month.

Given the current political landscape in Myanmar and ongoing egregious human rights violations, this report recommends that President Obama renew the sanctions authority on Myanmar for at least another year.