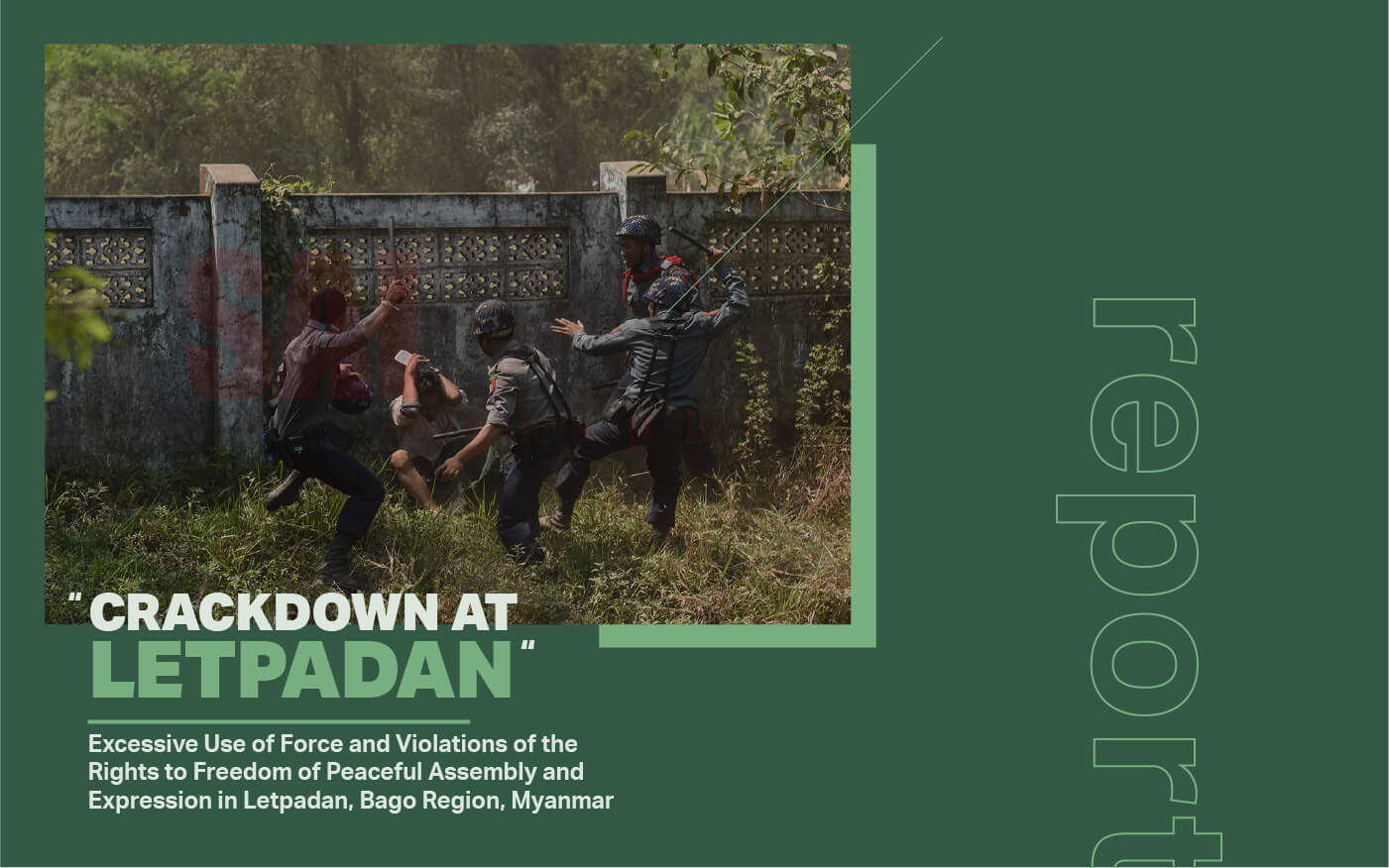 Excessive Use of Force and Violations of the Rights to Freedom of Peaceful Assembly and Expression in Letpadan, Bago Region, Myanmar

In early March 2015, Myanmar authorities prevented a group of protesters from continuing a peaceful march from Mandalay to Yangon by imposing a police blockade at the small town of Letpadan in Myanmar’s Bago Region. The protesters were part of a nationwide movement opposing the newly passed National Education Law. On March 10, police officers violently attacked the group, severely beating the protesters and other bystanders. Police arrested 127 protesters, journalists, and onlookers, abusing dozens who were taken into police custody. At the time of the writing of this report, 77 men and women arrested in Letpadan continued to face up to nine years and six months imprisonment—or more—and 50 remain behind bars for their involvement in the protest. No known disciplinary or other action has been taken against any police or commanding officers engaged in the violent crackdown at Letpadan.

Crackdown at Letpadan: Excessive Force and Violations of the Right to Freedom of Peaceful Assembly and Expression in Letpadan, Bago Region, Myanmar describes how Myanmar authorities violated the protesters’ human rights to freedom of peaceful assembly and freedom of expression by imposing unjustified restrictions on their protest activities. Additionally, the report describes how police officers used excessive force against protesters, journalists, and onlookers. Researched and written by Fortify Rights and the Harvard Law School International Human Rights Clinic (IHRC), the report draws from eyewitness testimony and analysis of more than 500 photographs and 40 videos taken by protesters, journalists, and bystanders at the protest in Letpadan.