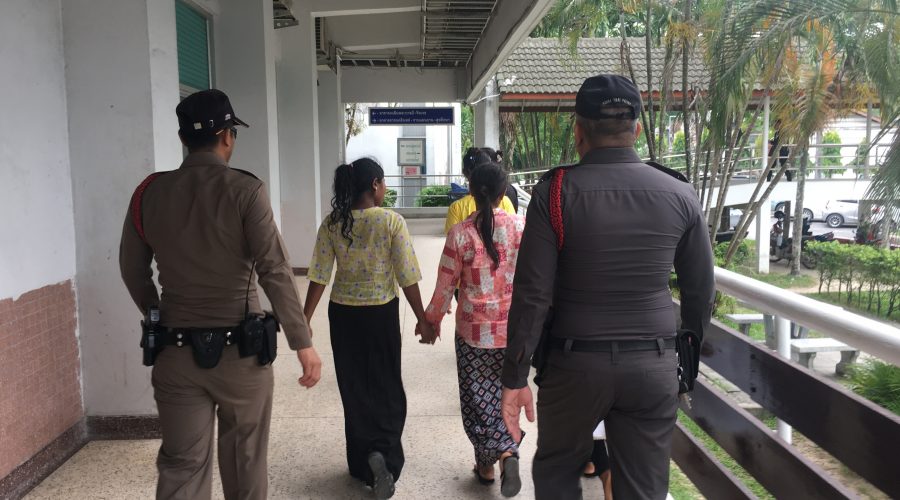 “Rohingya are undertaking risky journeys in search of safety and security after facing persecution in Myanmar, and traffickers are easily preying on their desperation,” said Amy Smith, Executive Director of Fortify Rights. “Regional governments can prevent human trafficking by providing refugees with the protection they legally deserve.”

The research documents exploitative conditions Rohingya face during their journeys, including extortion and deprivations of liberty, food, and water. Human traffickers caged and withheld food and water from Rohingya men, women, and children in Bangladesh, India, Myanmar, and Thailand while demanding payments for onward journeys.

“‘Ismail”, 17, witnessed Myanmar Army soldiers kill Rohingya civilians and dispose of bodies in a mass grave in northern Rakhine State in 2018. He was trafficked from Myanmar through Bangladesh, India and back to Myanmar and then to Thailand – a 53-day-long ordeal. In mid-December, Ismail paid a broker who offered to provide safe passage from Myanmar to Malaysia, but Ismail soon found himself detained, mistreated, and threatened by traffickers.

“We were put in a chicken cage when we arrived at Chittagong [in Bangladesh],” Ismail told Fortify Rights. “There were some chickens in the cage and they locked the cage from the outside. We did not receive food.”

Ismail and other survivors described to Fortify Rights how armed men locked them in cages in Bangladesh and India, confined them to apartments and houses in Myanmar and Thailand, beat them, and demanded a series of exorbitant payments to continue the journey to Malaysia.

Ismail was trafficked along a complicated land route from Myanmar to Bangladesh, India, and then into Chin State in Myanmar and through the cities of Mandalay and Yangon, eventually crossing the Myanmar-Thailand border.

In Bangladesh, traffickers initially demanded that Ismail and others pay 2.2 million Myanmar Kyat (approximately US$1,500). Traffickers subsequently demanded further payment. Ismail recalled: “They put us in a pig cage for three days [in India]. Only men were in the pig cage. Women were in another place. While we were in the cage, [the trafficker] called for money again.”

“Ali,” 18, was also trafficked from Myanmar to Thailand. Traffickers in Yangon demanded 1.4 million Myanmar Kyat (approximately $950) for his release.

“I was not able to go outside,” Ali told Fortify Rights. “I did not know which part of Yangon [I was in]. In the apartment, they locked me in from the outside. I was there for about three months.”

Refugees who participated in the study are representative of a sizable body of Rohingya survivors of human trafficking in South and Southeast Asia who continue to face human rights violations, Fortify Rights said.

Between September 2017 and September 2018, the International Organization for Migration identified 99 cases of human trafficking of Rohingya from refugee camps in Bangladesh, including labor and sexual exploitation of adults and children.

While Bangladesh has accepted more than one million Rohingya refugees since 2016, it refuses to provide legal status or other formal protections to recent Rohingya refugees. Thailand and Malaysia maintain a “push-back” policy with regard to refugee arrivals by boat, which puts lives at risk and fails to ensure protection for possible survivors of human trafficking, Fortify Rights said. Likewise, India recently deported stateless Rohingya refugees to Myanmar, where they face further exploitation, contrary to India’s international legal obligations to provide at least temporary protection for refugees.

“Thailand, Malaysia, Bangladesh, and India should ratify the 1951 Refugee Convention and enact domestic legislation to fully implement the treaty,” said Amy Smith. “Each government should ensure Rohingya refugees and others have unfettered access to education, healthcare, and freedom of movement.”

Fortify Rights previously documented abusive and inhumane conditions in Immigration Detention Centers (IDCs) in Thailand and Malaysia, including beatings, lack of adequate healthcare, and overcrowding, and how Thai authorities forced 56 Rohingya refugees back to sea in April 2018 rather than provide them with protection.

Article 3 of the Convention against Torture and Other Cruel, Inhuman or Degrading Treatment or Punishment (CAT), to which Thailand is a party, states “No State Party shall expel, return (“refoule“) or extradite a person to another State where there are substantial grounds for believing that he [or she] would be in danger of being subjected to torture.”

In Malaysia, the authorities frequently arrest Rohingya refugees and detain them indefinitely in squalid IDCs.

Former immigration-detention detainees in Malaysia told Fortify Rights in 2016 that detention guards beat them and subjected them to physical abuse. For instance, a Rohingya woman, 19, diagnosed with tuberculosis told Fortify Rights: “I was beaten often by the guards because I asked for medicine. If I asked to see a doctor, then the guards would handcuff my hands above my head all day.”

In a 160-page report published in July, Fortify Rights documented the ways in which the Myanmar authorities made extensive and systematic preparations for the commission of mass atrocity crimes against indigenous Rohingya civilians during the weeks and months before Rohingya-militant attacks on August 25, 2017. Fortify Rights documented how soldiers, police, and local non-Rohingya citizens hacked Rohingya civilians, slit throats, and fatally shot and burned thousands of men, women, and children in a matter of weeks beginning on August 25, 2017. Soldiers raped masses of Rohingya women and girls, killed infant children, arbitrarily arrested men and boys, and destroyed several hundred villages in arson attacks. The report names 22 Myanmar military and police officials who should be investigated for the crime of genocide and crimes against humanity.

In September, a United Nations Fact-Finding Mission likewise called for international criminal prosecutions for genocide and crimes against humanity for atrocities against Rohingya.

Malaysia, Thailand, other members of the Association of Southeast Asian Nations (ASEAN) as well as India and Bangladesh should take coordinated action to address root causes in Myanmar and provide support to refugees seeking safety, Fortify Rights said. In particular, governments should press United Nations Security Council member states to refer the situation in Myanmar to the International Criminal Court.

“Malaysia and Thailand can lead the way to push Myanmar to urgently end all atrocity crimes against the Rohingya, restore full citizenship, and repeal repressive laws,” said Amy Smith. “Business as usual, in which refugees and genocide survivors continue to be persecuted, is not an option.”