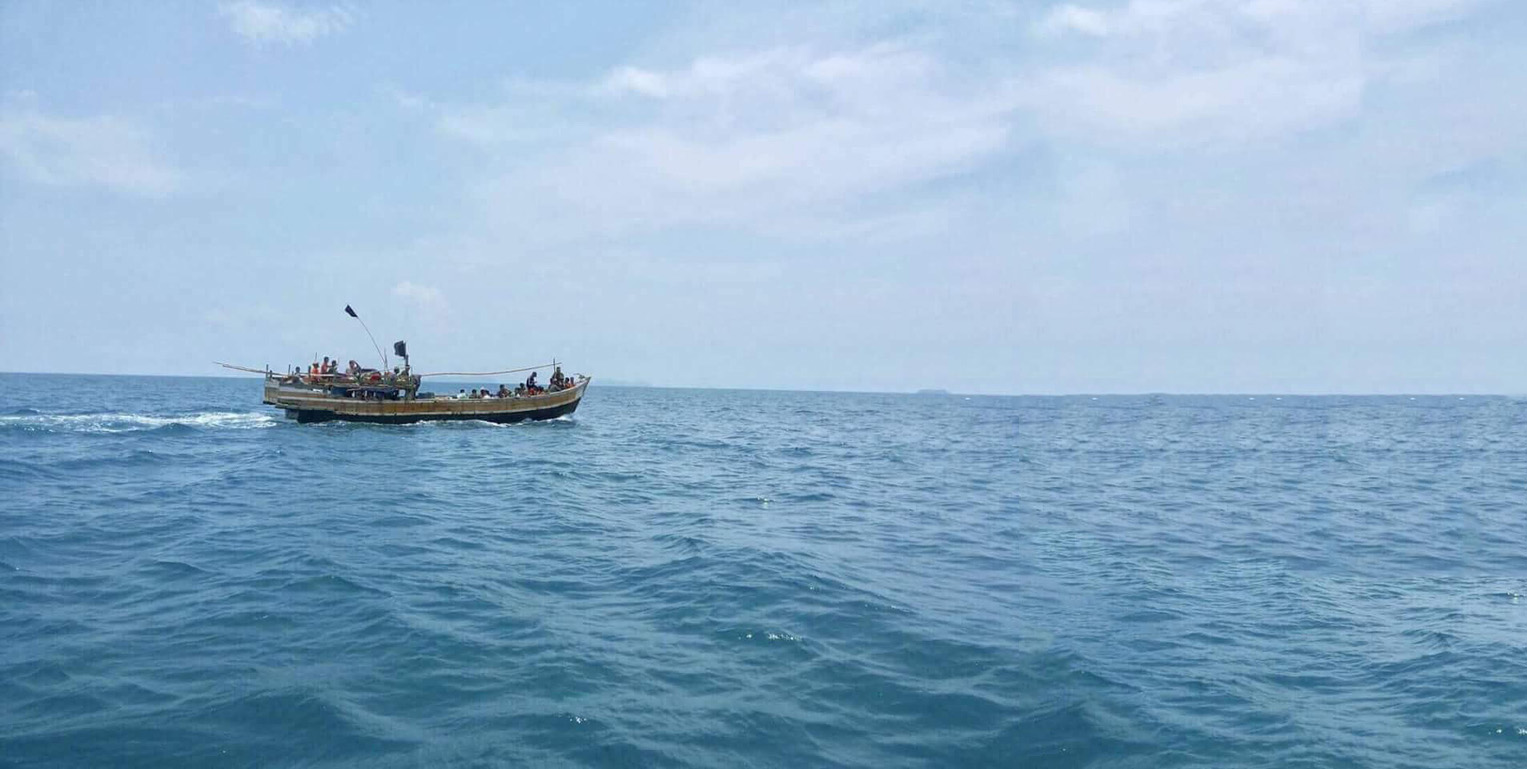 Thai authorities push Rohingya refugees back out to sea, putting lives at risk

“This is not a problem that will go away on its own,” said Matthew Smith, Chief Executive Officer of Fortify Rights. “Governments in this region need to show leadership and follow their legal obligations to protect refugees rather than send them to potential death sentences at sea.”

The boat of 56 refugees reportedly arrived yesterday on the island of Lanta in Thailand’s Krabi Province following a heavy storm the night before. Thai authorities confirmed that they sent the boat back out to sea.

Malaysian authorities report no sign of the boat in Malaysian waters and have said that official Malaysian policy is to turn away boats of refugees unless the boat faces inclement weather.

“Noor,” a 16-year-old Rohingya girl from Maungdaw Township in Myanmar’s Rakhine State told Fortify Rights that she boarded a ship off the coast of Myanmar in February to flee the aftermath of attacks on her village by Myanmar state security forces. She arrived in Thailand after spending ten days at sea.

Noor safely arrived in Kuala Lumpur. She had been sold into marriage.

An estimated 170,000 Rohingya men, women, and children arrived in Thailand and Malaysia on countless boats from 2012 to 2015. Transnational human trafficking syndicates working in concert with various authorities operated many of the boats. Traffickers killed untold refugees at sea and in on-shore human trafficking camps over a multi-year period.

In May 2015, human traffickers abandoned boats at sea carrying thousands of Rohingya and Bangladeshi survivors of trafficking. Thailand and Malaysia reinforced their borders and refused to allow the disembarkation of survivors, resulting in an untold number of deaths. The Thai and Malaysian authorities went so far as to tow boats of refugees out of their territorial waters, leaving them adrift at sea.

On July 19, 2017, Thailand convicted 62 defendants, including high-ranking government and security officials, for crimes related to the trafficking of Rohingya from Myanmar and Bangladesh to Malaysia via Thailand in 2015.

To this day, Thailand and Malaysia maintain a “push-back” policy with regard to refugee arrivals by boat, which puts lives at risk and fails to ensure the protection of possible survivors of trafficking, Fortify Rights said.

Under customary international law, the principle of non-refoulement prohibits states from returning any person on its territory or under its jurisdiction to a country where they may face persecution. Thailand and Malaysia’s “push-back” policies violate this principle.

Malaysian and Thai authorities have also detained thousands of Rohingya refugees and survivors of human trafficking in Immigration Detention Centers and government-run shelters in recent years, in violation of the right to liberty.

Customary international law as well as Article 9 of the International Covenant on Civil and Political Rights (ICCPR), to which Thailand is a state party, protects the right to liberty. This right extends to migrants, who may be detained only in exceptional circumstances and in accordance with international law.

The Association of Southeast Asian Nations (ASEAN) should take action to address root causes in Myanmar and provide support to countries in the region providing shelter to refugees, Fortify Rights said.

In November, Fortify Rights and the United States Holocaust Memorial Museum published a report finding “mounting evidence” of the crime of genocide against Rohingya in Myanmar. The report was based on a yearlong investigation, including hundreds of interviews with Rohingya eyewitnesses and survivors of Myanmar Army-led massacres, mass gang-rapes, and arson attacks against Rohingya. More than 775,000 Rohingya refugees have fled into Bangladesh since October 2016, and the Rohingya exodus from Myanmar continues.

“The root causes of this crisis have not been adequately addressed, and until they are, people will seek protection in other countries,” said Matthew Smith. “ASEAN needs to show leadership, protect refugees, and do more to end atrocities in Myanmar.”