Thailand: Ensure “National Screening Mechanism” is Accessible to All Refugees 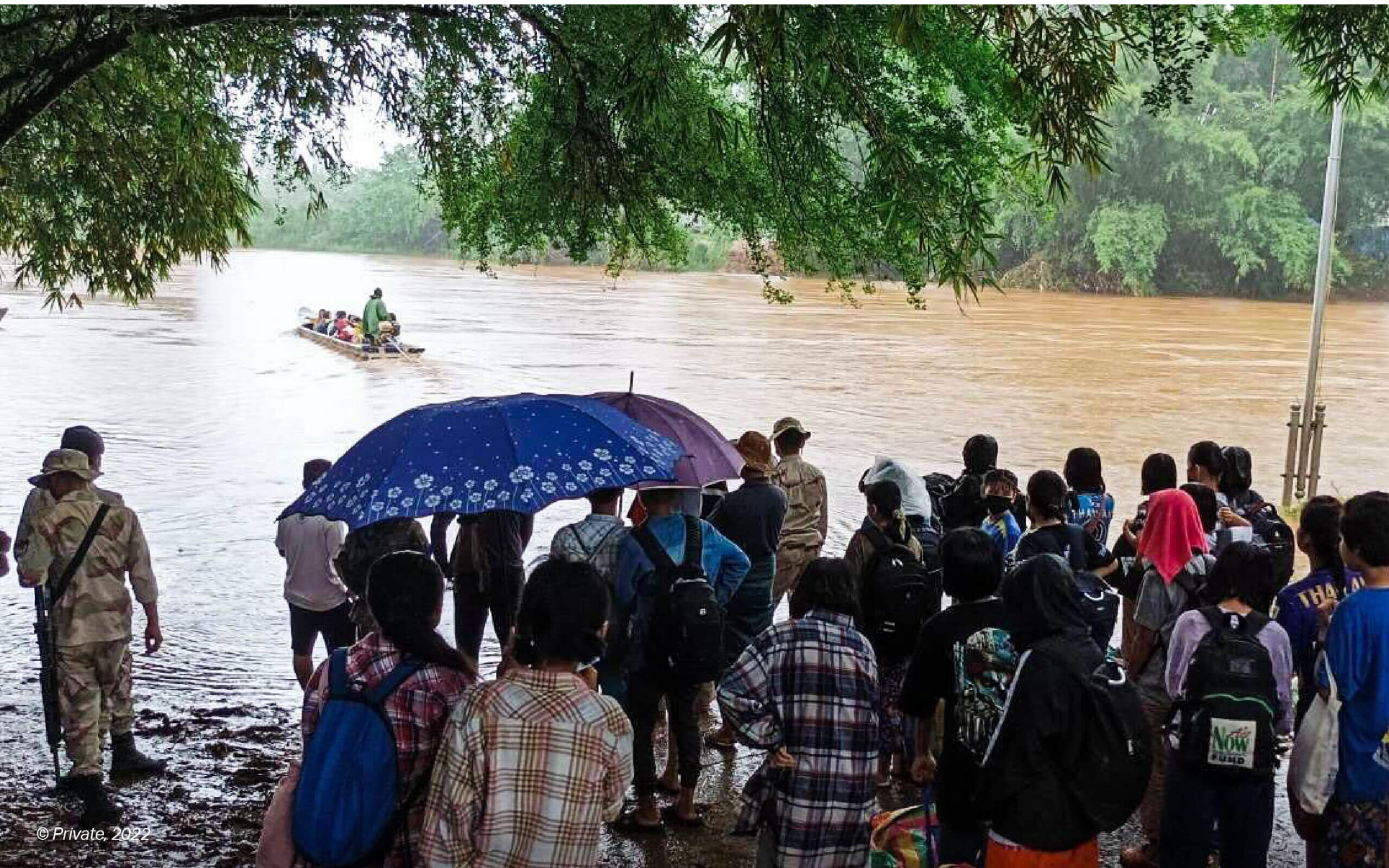 Thai policy may exclude migrant workers and others from refugee protection

(BANGKOK, December 15, 2022)—The Government of Thailand should ensure all refugees have access to protections, including those who may also be migrant workers or hold temporary legal status in Thailand, Fortify Rights said today. In an open letter sent to Prime Minister Prayut Chan-o-cha, published today, Fortify Rights  highlighted concerns with Thailand’s proposed refugee-screening mechanism; namely, that it would needlessly and arbitrarily exclude certain individuals from accessing protection in Thailand.

“The National Screening Mechanism will only be effective if it can identify and protect all potential refugees in Thailand,” said Amy Smith, Executive Director at Fortify Rights. “The National Screening Mechanism could be a significant opportunity for Thailand to reverse its dismal record on refugee rights, but it will fall short of international standards and fail to achieve its purpose if it arbitrarily excludes categories of potential refugees.”

A Cabinet Resolution approved “in principle” on October 5, 2022, by the Thai Cabinet summarizes provisions of the Draft Notification of the Protected Person Screening Committee (Draft Notification), which will establish eligibility criteria for applicants seeking to obtain refugee protection in Thailand. According to the summary, the Draft Notification automatically excludes applicants that the Ministry of Interior deals with under other mechanisms or procedures and, specifically, migrant workers from Myanmar, Cambodia, and Laos.

The full Draft Notification is not currently publicly available.

According to Thailand’s Foreign Workers Administration Office, there are currently more than 2.6 million migrant workers in Thailand, a majority of whom are from Myanmar. Following the military-led coup d’état in Myanmar on February 1, 2021 and the junta’s subsequent attacks on civilians, many Myanmar nationals in Thailand may qualify as refugees as defined under international law, given that they are unable or unwilling to return to Myanmar due to well-founded fears of persecution. However, the Draft Notification would appear to exclude those who hold migrant-worker status in Thailand from accessing protection under the NSM.

The Draft Notification also may contribute to the arbitrary denial of refugee protection by allowing the Committee to reject otherwise qualified applicants on the basis of “national security,” while also denying rejected applicants any information about the decision as well as access to an appeal process. According to the Cabinet Resolution, the Draft Notification provides that “in light of national security, the Committee may still decide against awarding the protected person status” to an otherwise eligible applicant and that “the Committee’s decision shall be final and such information shall be treated as undisclosable information.”

Considering the problematic exclusionary provisions and the potential for the arbitrary denial of protection without an appeal process, Fortify Rights in its letter to Prime Minister Prayut Chan-o-cha said, “These issues may lead to the creation of a NSM that falls short of international human rights standards and results in the forced return or refoulement of refugees.”

Fortify Rights has documented several instances of Thai authorities refouling refugees fleeing violence and persecution in Myanmar. In May 2022, Fortify Rights exposed video footage of  Thai soldiers destroying a makeshift cross-border footbridge used by refugees fleeing deadly attacks in eastern Myanmar,” an act that may amount to indirect refoulement. A year earlier, in May 2021, a Thai provincial official confirmed to Fortify Rights that Thai authorities returned at least 2,000 refugees to eastern Myanmar, where the junta was engaged in attacks on civilians and armed groups.

More recently, in September 2022, Thai authorities reportedly returned groups of refugees, including children, to Myanmar. A 52-year-old female teacher from Myanmar’s Karen State told Fortify Rights that Thai authorities forced her back to Myanmar twice, first in January 2022 and again in September 2022. Recalling the January 2022 pushback, she said:

In April 2022, this woman and her students returned to Thailand because they could not remain in Myanmar due to lack of drinking water and aid and the threat of deadly junta airstrikes:

The Thai Cabinet established the NSM in December 2019 as a mechanism to identify and potentially protect refugees in Thailand. Since then, the mechanism has remained unimplemented.

Although Thailand is not a party to the 1951 U.N. Convention Relating to the Status of Refugees or its 1967 Protocol, the Convention provides authoritative guidance on refugee protection under international law. Under the Convention, a refugee is defined as a person who is unable or unwilling to return to their country due to a well-founded fear of persecution.

Refugee status and the attendant protections for refugees extends to any individual who meets the definition of a refugee, regardless of other types of legal status that refugee may possess. As explained in the open letter to Prime Minister Prayut Chan-o-cha, it is possible for a person to become a refugee after leaving their country. For example, a migrant worker may have left their country for economic reasons but is later unable or unwilling to return to their country due to fear of persecution.

According to the U.N. Commission on Human Rights, restrictions on rights based on national security are justified only when there is “force or a threat of force” against “the existence of the nation or its integrity or political independent.” This presents a high standard that should not be invoked to deny an individual protection or access to protection mechanisms without a proper basis grounded in evidence. In particular, such a claim should not be based solely on the ethnicity or religion of the applicant.

While national security may justify the expulsion of a refugee or other measures against them, the Refugee Convention provides that judicial safeguards must be met, including the right to appeal or review the decision. Furthermore, the principle of non-refoulement—legally binding on all states under customary international law—remains applicable in cases of national security to prevent the forced return of a person to a country where they may face torture or other forms of ill-treatment. Thai authorities also passed a domestic law incorporating provisions on non-refoulement in October 2022.

“For the NSM to be a truly effective mechanism for refugee protection, Thailand needs to ensure the mechanism and its implementation are in line with international law and standards,” said Amy Smith. “Refugees in Thailand continue to face serious human rights abuses, such as forced return. It’s the responsibility of Thai authorities to end these violations.”