Thailand: Investigate Use of Excessive Force, Protect Right to Protest 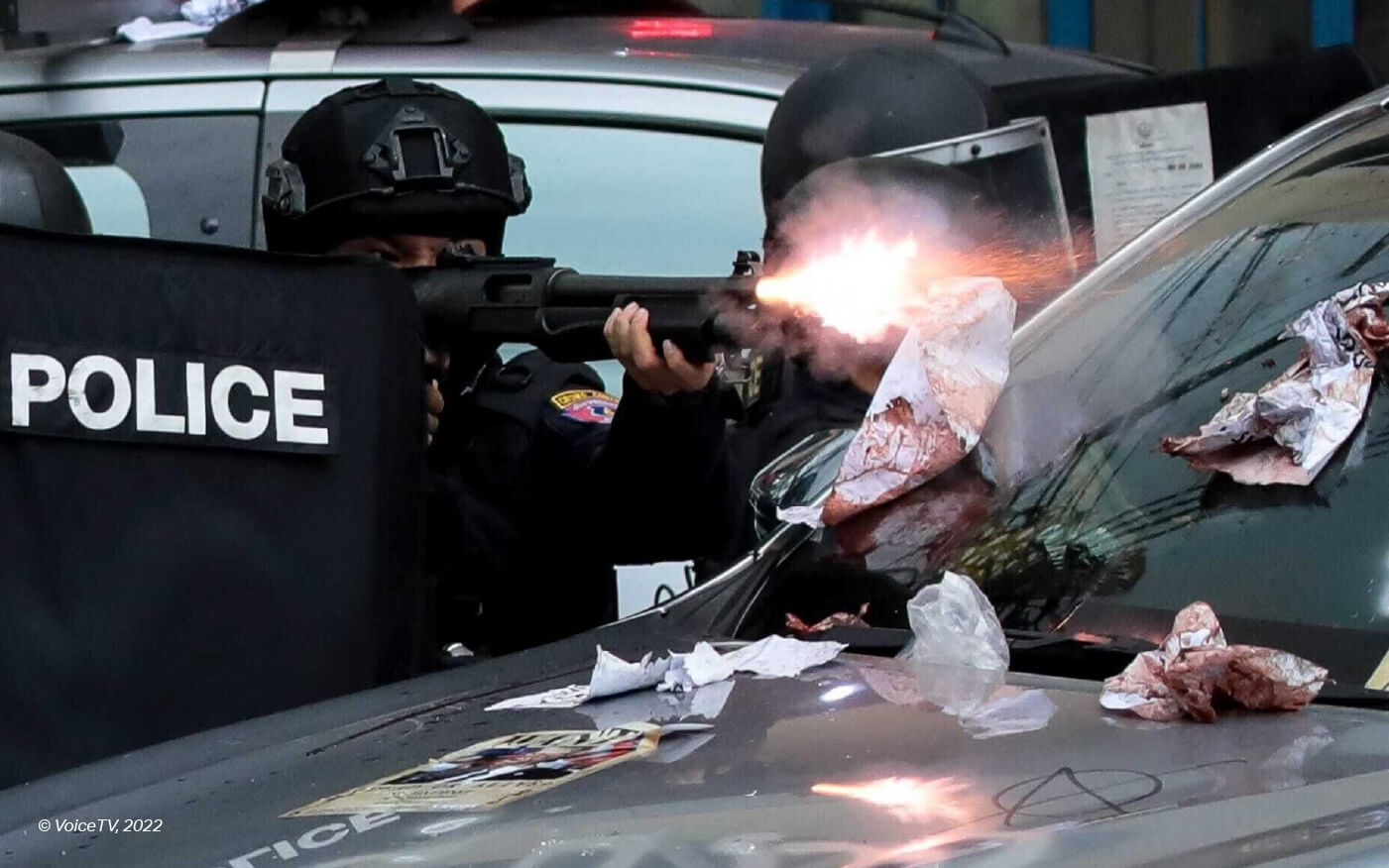 (BANGKOK, November 19, 2022)—Thai authorities should investigate the Royal Thai Police’s use of excessive force against peaceful protestors yesterday in Bangkok and release individuals arbitrarily detained for exercising their rights to peaceful assembly and freedom of expression, Fortify Rights said today. The police crackdown occurred on the sidelines of the Asia-Pacific Economic Cooperation (APEC) summit, a regional economic forum in Bangkok involving 21 member-states, including the United States and China.

“While Thai authorities roll out the red carpet for world leaders at APEC, Thai people exercising their rights were met with arbitrary arrest and excessive force,” said Mookdapa Yangyuenpradorn, a Human Rights Associate with Fortify Rights. “Any officers responsible for excessive force should be investigated and held accountable.”

Fortify Rights reviewed hundreds of photographs and dozens of videos from journalists and other witnesses revealing how police appeared to beat unarmed bystanders, including a Buddhist monk, kicked and punched protesters already in police custody, and fired rubber bullets at unarmed protesters on Din Sor Road in Bangkok during the afternoon of November 18, 2022.

Thai police reportedly arrested at least 26 protesters and injured at least 21, three of whom were working journalists from Reuters, The MATTER, and The Isaan Record. An activist from “Dao Din”—a renowned student-led activist group—is reportedly permanently blind in his right eye from an injury caused by a rubber bullet.

Under international law, the three general principles of necessity, proportionality, and precaution govern the use of force by law enforcement officials. For example, the United Nations Basic Principles on the Use of Force and Firearms by Law Enforcement Officials require that law enforcement officials apply non-violent enforcement measures first and, when the use of force is unavoidable, “exercise restraint in such use and act in proportion to the seriousness of the of the offence and the legitimate objective to be achieved.” These principles apply even in actions to disperse unlawful peaceful assemblies, during which officers should use force as a measure of last resort and “restrict such force to the minimum extent necessary.”

According to the United Nations Guidance on the Use of Less-Lethal Weapons in Law Enforcement, “kinetic impact projectiles,” which include rubber bullets, “should not be targeted at the head, face or neck.” The guidance further provides that such projectiles should “be used only with a view to addressing an imminent threat of injury to either a law enforcement official or a member of the public.”

Between May 2020 and October 2022, Thai authorities charged at least 1,460 anti-government protesters under the emergency decree law and another 107 protesters under the public assembly law, according to Thai Lawyers for Human Rights (TLHR)—a Thai human rights organization providing pro-bono legal services to individuals affected by violations.

“Thai police are obligated to protect protesters and ensure they can exercise their rights, even during APEC,” said Mookdapa Yangyuenpradorn. “The government should follow the rule of law and demonstrate zero tolerance for excessive force. Apart from officers on the scene, any officials who gave orders to use excessive force or failed to take reasonable measures to prevent it should also face repercussions.”