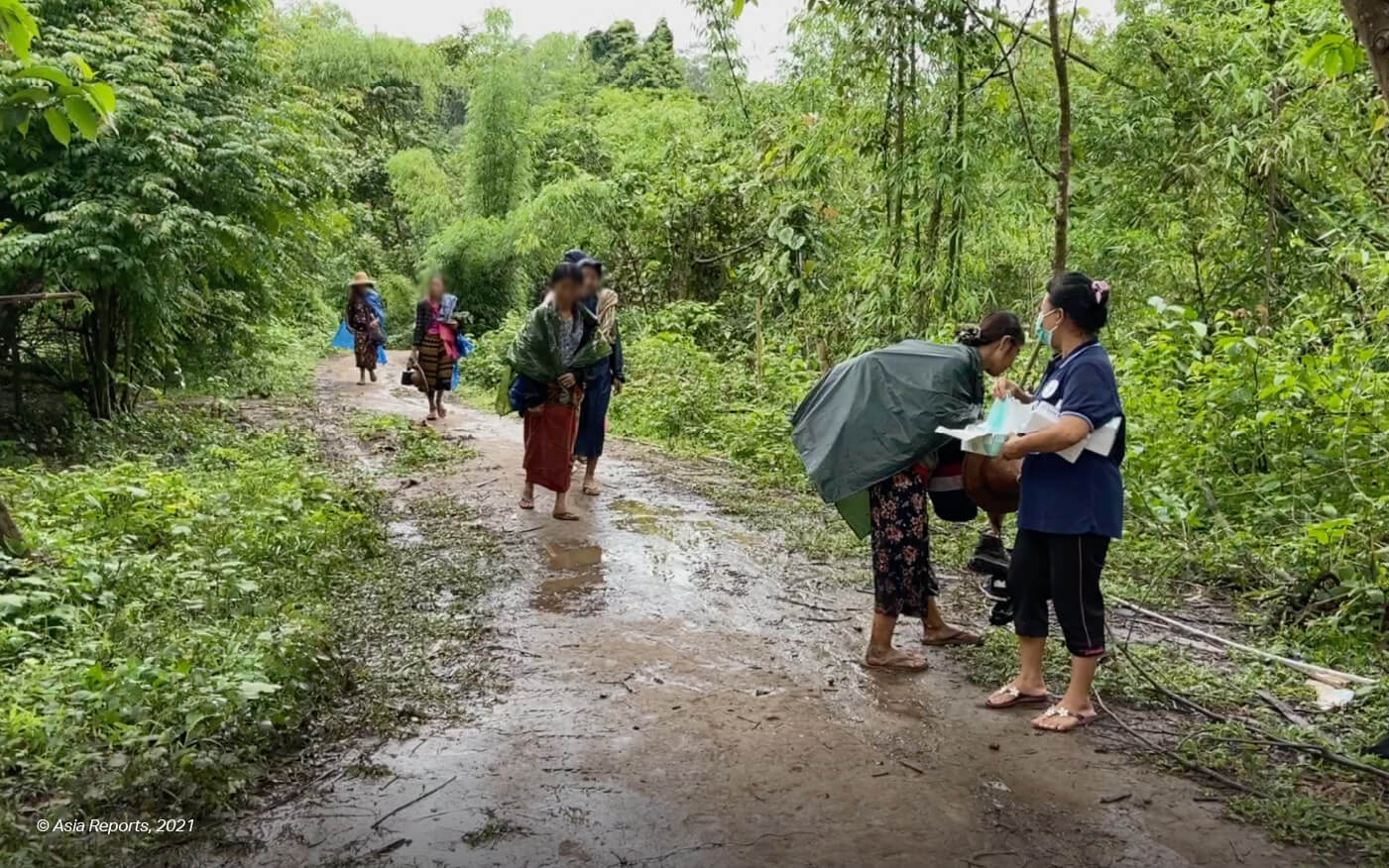 (BANGKOK, October 28, 2022)—Thai authorities should implement the country’s new anti-torture law that would prohibit the forced return of refugees to Myanmar and other countries where they may face torture, said Fortify Rights today. On October 25, 2022, the Thai government published the Prevention and Suppression of Torture and Enforced Disappearance Act B.E.2565 (2022) (the Anti-Torture Act) in the Royal Gazette, making it law. This new law includes a provision codifying the principle of non-refoulement, which prohibits the forced return of a person to a country where they may face torture or other forms of ill-treatment.

“This new law will make it illegal for Thai officials to push refugees back to Myanmar, where the junta is systematically torturing people,” said Amy Smith, Executive Director of Fortify Rights. “Thai authorities should urgently identify and provide legal recognition to Myanmar refugees to prevent forced returns.”

Section 13 of Thailand’s new Anti-Torture Act states that: “No government organizations or public officials shall expel, deport, or extradite a person to another country where there are substantial grounds for believing that the person would be in danger of torture, cruel, inhuman, or degrading treatment, or enforced disappearance.”

The new law will come into force after 120 days of publication in the Royal Gazette.

Since the Myanmar military launched a coup d’état on February 1, 2021, the Myanmar junta has committed widespread and systematic torture of civilians, while producing tens of thousands of refugees, many of whom have sought protection in Thailand. In March 2022, Fortify Rights and the Schell Center for International Human Rights at Yale Law School published a 193-page report, “Nowhere is Safe”: The Myanmar Junta’s Crimes Against Humanity Following the Coup d’État, documenting evidence that the Myanmar junta is responsible for committing widespread and systematic torture and enforced disappearances. The report includes firsthand testimony from survivors and eyewitnesses of torture and analyzes additional evidence, including video footage of torture.

The Myanmar junta—including the military and police—has employed torture by violently beating detainees all over their bodies, resulting in broken bones; shooting civilians with rubber bullets at extremely close range; whipping people with wires and cables; depriving detainees of food, water, and sleep; forcing detainees to maintain “stress positions” and forcing people to sit on chairs for several days; and by committing sexual assaults and issuing threats of rape. The junta’s arbitrary arrests accompanied by beatings in the streets also constitute torture.

For several consecutive years, Fortify Rights has documented the forced return of refugees from Thailand, including the destruction of a cross-border footbridge used by Myanmar refugees fleeing deadly attacks in eastern Myanmar in March 2022. In May 2021, a Thai provincial official also confirmed to Fortify Rights that Thai authorities returned to Myanmar at least 2,000 refugees in line with a government order. Fortify Rights also documented pushbacks of boats carrying passengers believed to be Rohingya refugees by Thai authorities, under Thailand’s controversial “help-on” or “push-back” policy.

According to credible sources, more recently, on September 30, 2022, Thai authorities pushed back a group of Karen refugees into Myanmar, where they face the risk of shelling, airstrikes, and other human rights violations, including torture and enforced disappearance. Fortify Rights is currently investigating the matter.

All of the aforementioned push-backs by Thai authorities would be unlawful under the new domestic law, said Fortify Rights.

Although Thailand has been a State Party to the U.N. Convention against Torture and Other Cruel, Inhuman or Degrading Treatment or Punishment (CAT) since 2007, Thailand’s new anti-torture law is the country’s first significant attempt to bring its domestic laws in line with its international legal commitments.

Thailand has not acceded to the 1951 U.N. Refugee Convention nor its Protocol. However, Thailand is obligated to uphold the principle of non-refoulement under customary international law. The Thai government has also repeatedly committed to protect refugees, including by adopting the Global Compact for Safe, Orderly, and Regular Migration and endorsing the Global Compact on Refugees during the U.N. General Assembly in December 2018.

Furthermore, on December 24, 2019, the Thai Cabinet approved regulations to establish a National Screening Mechanism to identify and potentially protect refugees. However, the mechanism is yet to be implemented and concerns remain on whether the mechanism will comply with international human rights standards.

As of September 30, 2022, the U.N. High Commissioner for Refugees (UNHCR) in Thailand recorded at least 91,000 camp-based Myanmar refugees, most of whom are protracted refugees from Myanmar living along the Thailand-Myanmar border, and another 4,800 refugees from over 50 countries living outside the border camps. However, many more refugees, including new refugees fleeing persecution and violence in Myanmar after the attempted coup on February 1, 2022, are unaccounted for given the lack of a formal system to register or recognize refugees in Thailand. UNHCR estimates that more than 70,000 refugees have fled from Myanmar to neighboring countries since the coup.

“This anti-torture law is a welcome step, and Thai authorities must now ensure its effective implementation by halting forced returns,” said Amy Smith. “Thai authorities should work with civil society organizations and UNHCR to protect refugees.”