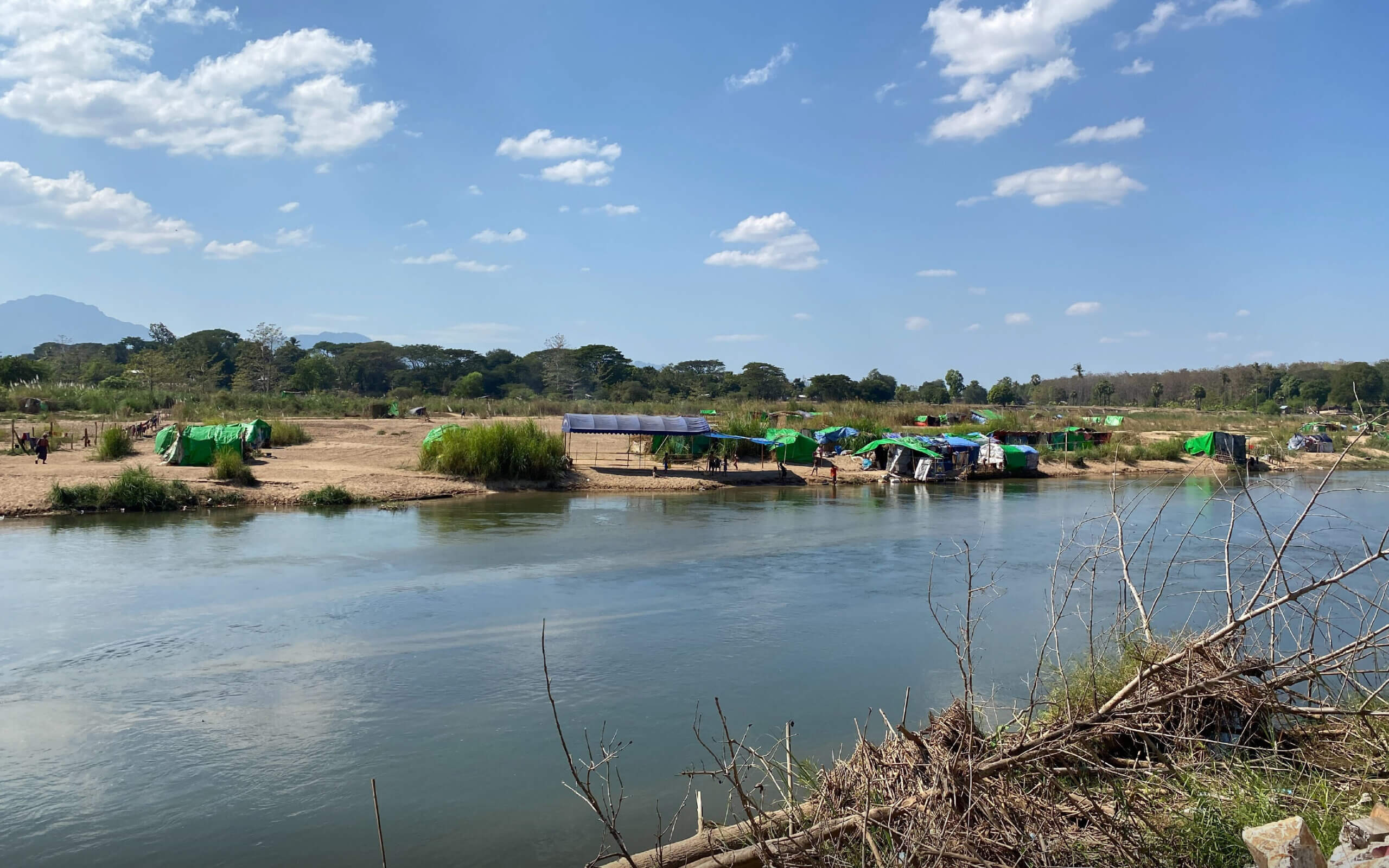 (BANGKOK, May 6, 2022)—The Government of Thailand should urgently provide official protective status to Myanmar refugees and prevent any refoulement or forced returns of refugees back to Myanmar, said Fortify Rights today.

On May 3, Fortify Rights published a news release and video showing uniformed Thai soldiers destroying a makeshift cross-border footbridge used by refugees fleeing deadly attacks in eastern Myanmar. The video subsequently went viral on social media—receiving, at the time of writing, in excess of 290,000 views via a single tweet in the Thai language. The Royal Thai Army responded in a statement on May 4 confirming their involvement in dismantling a temporary border-bridge on the Thailand-Myanmar border but denying any wrongdoing.

“The video illustrates continuing contradictions between the actions of Thai authorities and their commitments to protect refugees,” said Amy Smith, Executive Director at Fortify Rights. “The Thai government should not only investigate this incident but immediately put measures in place to prevent further violations against refugees. Thai authorities should focus on implementing a system to register and assist refugees instead of destroying bridges used by refugees.”

In its statement on May 4, the Public Relations Centre of the Third Army Region, released via its Facebook page, acknowledged that its forces removed the bridge but claimed it was “due to the fact it had been used for trafficking illicit objects.” The Third Army Region also claimed that it destroyed the bridge on November 16, 2021, not in March 2022 as reported by Fortify Rights, adding that it did so “before the conflicts between the Myanmar army and the ethnic minority forces erupted and before there was any influx of IDPs [Internally Displaced Persons] fleeing war from Myanmar into Thailand.” Finally, the Third Army Region said that it “has looked after the border and the IDPs based on humanitarian principles.”

As reported by Fortify Rights on May 3, the video footage of the destruction of the bridge—filmed by a civilian onlooker from a vantage point on the Myanmar side of the border—shows two Thai soldiers dismantling a bamboo border-footbridge as a third soldier watches. One Thai soldier uses obscene language and issues a death threat in the Thai language to people located off-camera on the Myanmar side of the border, saying: “What are you filming, fucker? You want to die?”

Fortify Rights spoke to individuals knowledgeable about the bridge to confirm its location and reviewed the metadata of the video showing the destruction of the bridge to confirm the specific date and time of the bridge’s destruction in March 2022. This information is on file with Fortify Rights but withheld here to protect those involved in documenting the incident from potential reprisals.

Sources familiar with the bridge and the area also told Fortify Rights that Myanmar refugees, especially children and older people, used the bridge to flee violence and persecution and that informal humanitarian workers used it to transport lifesaving aid from Thailand to IDPs in Myanmar.

The U.N. Office for the Coordination of Humanitarian Affairs has documented the periodic displacement of civilians in Karen State, which borders Thailand, due to attacks by the Myanmar military since the escalation of conflict in December 2020. According to a U.N. Inter-Agency Update published by the U.N. High Commissioner for Refugees, an estimated 17,000 Myanmar refugees crossed into Thailand in the year following the February 1, 2021 coup in Myanmar. UNHCR also reported escalations in violence in Karen State, resulting in refugee flows into Thailand, in October 2021 and earlier, as well as in December 2021, January 2022, and March 2022.

On February 3, 2022, a Thai soldier posted to the banks of the Moei River on the Thailand-Myanmar border confirmed to Fortify Rights that he was part of the Royal Thai Army’s Naresuan Force—a special unit designated to “protect” the Thai border. He also confirmed that he had orders to prevent Myanmar refugees from crossing the river into Thai territory.

The international human rights law principle of non–refoulement prohibits the “rejection at the frontier, interception and indirect refoulement” of individuals at risk of persecution. It protects refugees and others from forced returns, including by effective refusal of entry at the border. Although Thailand has not ratified the 1951 U.N. Refugee Convention nor its 1967 Protocol, the principle of non–refoulement is part of customary international law. Therefore, it is binding on all states, including Thailand.

Since the coup in Myanmar, Fortify Rights and the Schell Center for International Human Rights at Yale Law Schooldocumented how the Myanmar junta murdered, tortured, imprisoned, disappeared, forcibly displaced, and persecuted civilians in acts that amount to crimes against humanity. According to the U.N. Office for the Coordination of Humanitarian Affairs, as of April 19, 2022, there are more than 912,700 IDPs in Myanmar, including 566,100 newly displaced persons since the military’s attempted coup.

“Thailand’s policies concerning refugees have serious consequences on families fleeing the Myanmar junta’s deadly attacks and on IDPs receiving life-saving humanitarian aid,” said Amy Smith. “Thai authorities should investigate all alleged violations against refugees on the border and work with the U.N. and other agencies to provide necessary protection to all.”