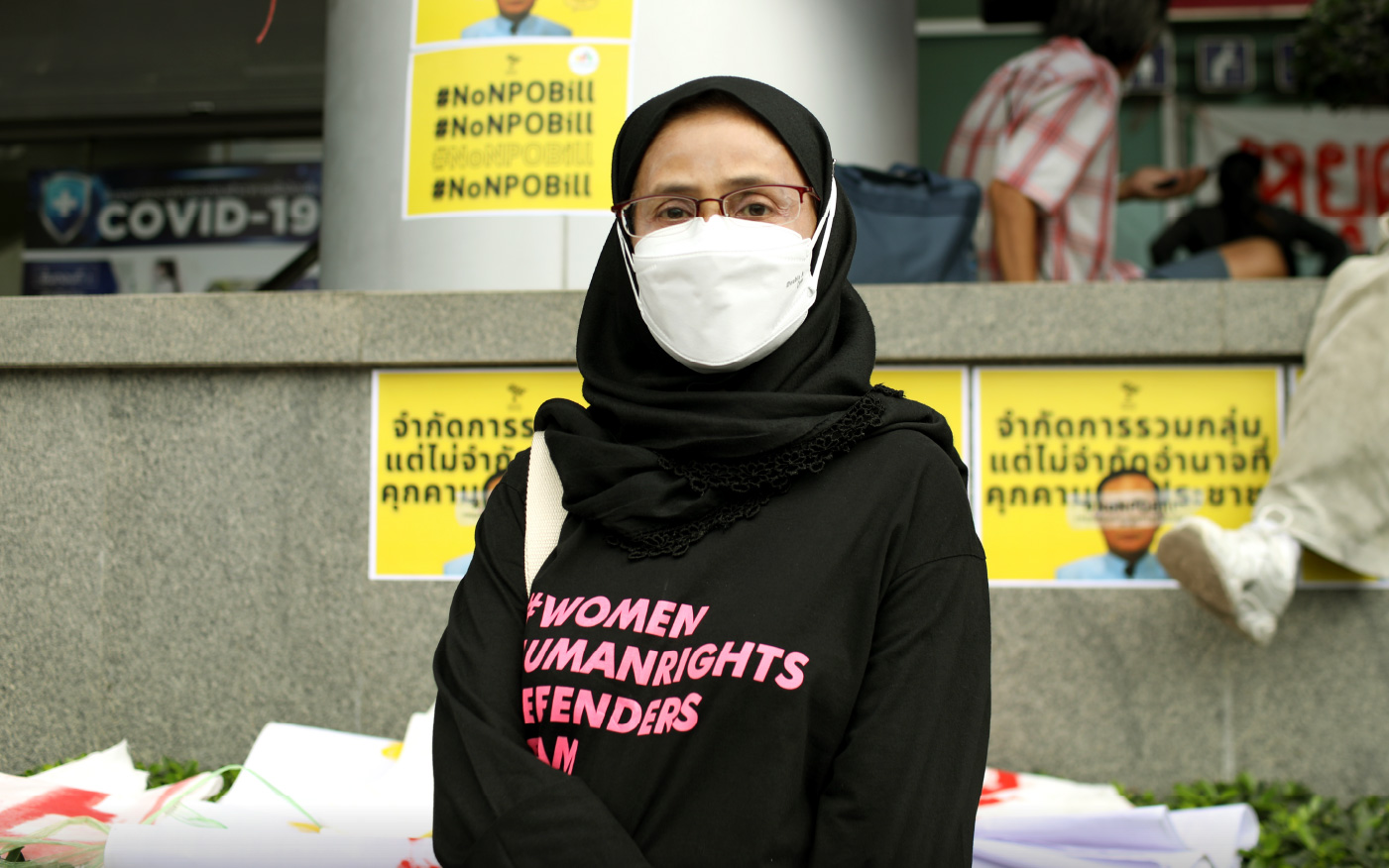 On April 1, 2022, the U.N. Human Rights Council announced the appointment of Angkhana Neelapaijit to the U.N. Working Group on Enforced or Involuntary Disappearances, making her one of the first Thai women to serve as a U.N. special procedures mandate holder.

“Instead of preparing for her role at the U.N. to defend the rights of others throughout the world, Angkhana Neelapaijit is preparing to defend her own rights in Thailand,” said Amy Smith, Executive Director of Fortify Rights. “It is an embarrassment for Thailand that Angkhana Neelapaijit is being slapped with reprisals for her human rights work at a time when she is receiving global recognition for her work. There is no reason that this and other cases of judicial harassment should move forward.”

The complaint against Angkhana Neelapaijit focuses on two social media posts by Angkhana Neelapaijit expressing support for human rights defenders facing lawsuits by Thammakaset. The courts have since dismissed the two lawsuits referred to in the social media posts that form the basis of the complaint against Angkhana. In the latest ruling, on March 30, 2022, the Court of Appeals upheld a lower court’s verdict acquitting the two other human rights defenders involved and affirming that they acted in good faith.

Thammakaset filed the complaint against Angkhana Neelapaijit on October 25, 2019, referring to two tweets posted on social media on December 3, 2018 and June 28, 2019, respectively. On August 16, 2021, the court concluded that the case should proceed to trial following four preliminary hearings that spanned more than 17 months. In early March 2022, the court postponed the start of the trial to April 2022 due to rising COVID-19 cases in Thailand. During yesterday’s hearing the court postponed the case again, moving the hearing dates to March 2023.

“After facing more than two-and-a-half-years of living under the weight of this complaint and all the costs and stresses that come with it, Angkhana Neelapaijit now must wait until 2023 to have her day in court,” said Amy Smith. “Thai authorities have a responsibility not only to prevent judicial harassment but also to mitigate the harmful impacts of judicial harassment.”

Angkhana Neelapaijit also faces a second criminal defamation complaint brought by Thammakaset in June 2020 that is part of a combined case that includes charges against Fortify Rights Senior Human Rights Specialist Puttanee Kangkun and Thanaporn Saleephol, a former Fortify Rights Communications Associate. The complaints against the three women all relate to similar social media posts expressing solidarity with others facing lawsuits brought by Thammakaset. The Bangkok South Criminal Court is scheduled to continue preliminary hearings on the combined case on May 31 and June 17.

Since 2016, Thammakaset has brought at least 37 complaints against 22 human rights defenders. The courts have dismissed or ruled against the company in most cases.

Article 34 of the 2017 Constitution of Thailand protects the right to freedom of expression, as does Article 19 of the International Covenant on Civil and Political Rights, to which Thailand is a state party. Domestic and international law also guarantees fair trial rights, which includes the right to be tried without delay. For example, Article 68 of Thailand’s Constitution provides for a system of justice that ensures “efficiency, fairness, and nondiscrimination” and access to justice “in a convenient and swift manner without delay and [that] does not have to bear excessive expenses.” Similarly, Article 14(3)(c) of ICCPR provides that anyone facing a criminal charge has the right “to be tried without undue delay.”