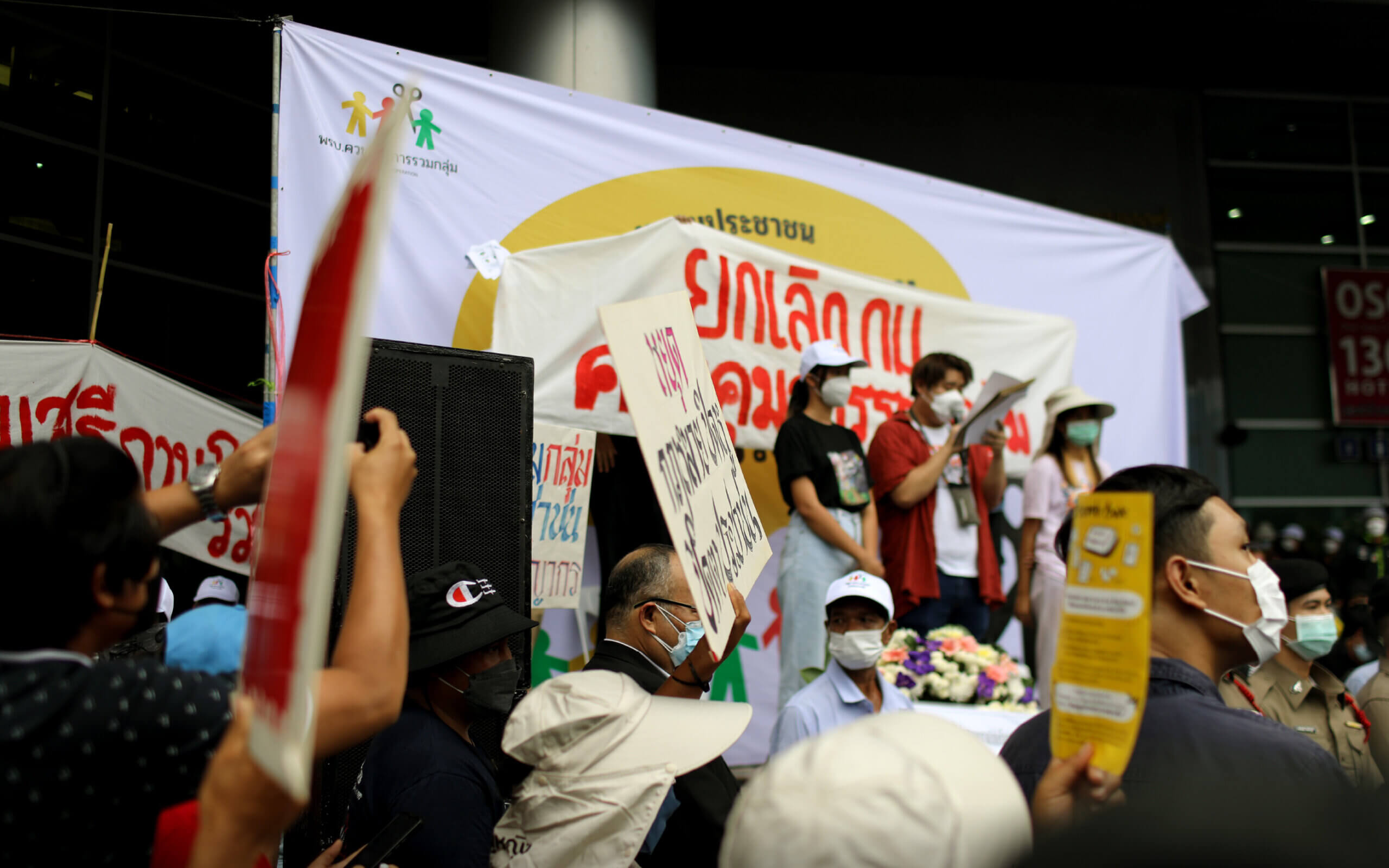 (BANGKOK, March 29, 2022)—The Government of Thailand should drop the Draft Act on the Operation of Not-for-Profit Organizations, also known as the “NGO law,” because it would violate fundamental freedoms guaranteed under international human rights law if passed in its current form, said Fortify Rights today. Fortify Rights submitted an open letter on March 23 to Thailand’s Ministry of Social Development and Human Security (MSDHS), as part of a public consultation process,  detailing concerns regarding the Draft Act.

“By imposing arbitrary restrictions and requirements, the draft act threatens the important work of non-profit organizations in Thailand, including the public good that they contribute to Thai society,” said Amy Smith, Executive Director of Fortify Rights. “The Thai Cabinet should strike down this unnecessary and problematic draft act.”

In its letter to the ministry, Fortify Rights highlighted the “overly broad and vague restrictions on the operations of not-for-profit organizations (NPOs) contained in the Draft Act that not only contravene international human rights law but also threaten to stifle the critical contributions of NPOs to Thai society.”

On March 24, protesters from civil society organizations throughout Thailand gathered in Bangkok to oppose the draft act. The representative of the people’s movement against the draft law submitted a petition to MSDHS. Following the protest, MSDHS extended the deadline for submitting public input on the Draft Act from March 25 to April 1.

In mid-2021, the Thai cabinet accepted in principle an earlier proposal to regulate the operations of NPOs in Thailand. Following concerns with the earlier proposed act, including by several U.N. special rapporteurs, who identified as problematic the purpose, broad scope, “burdensome financial and reporting obligations,” “restrictions on foreign funding,” and punishment provisions in the Draft Act, the Thai Cabinet ordered the drafting of a new law. However, the new  Draft Act published in January 2022 suffers from similar problems.

In its letter to the MSDHS, Fortify Rights raised concerns with the purpose of the proposed act, vague and overly broad provisions, “unduly burdensome” reporting and finance requirements and restrictions, as well as the consequences for noncompliance.

In particular, the definition of an “NPO” in the current Draft Act would allow for any group or gathering of persons to technically fall under the provisions of the act and face potential restrictions on their rights, including rights to peaceful assembly and freedom of expression. The Draft Act also creates new obligations for the disclosure of information about the operations of NPOs but fails to clarify how this information may be used or shared, heightening the risk of potential infringement on the right to privacy and other abuses.

Fortify Rights also highlighted Section 20 of the Draft Act, which among other concerns, would prohibit NPOs from operating in a manner that affects “government security,” “public order, or people’s good morals, or cause divisions within society,” . . . “or affect the happy, normal existence of other persons.”

Regarding sections 21 and 22 of the Draft Act, which establish information disclosure and annual reporting requirements as well as banking and use restrictions for NPOs that receive “funding or donations from foreign sources,” Fortify Rights highlighted not only the redundancy of these provisions with existing laws but also the “arbitrary and unnecessary” nature of these provisions. As stated in the letter, these provisions would “complicate the ability of NPOs to secure and maintain vital resources needed to effectively operate for the benefit of the Thai society.”

Moreover, failure to comply with certain sections of the Draft Act may lead the government to issue an order “to halt operations” and impose further penalties, including fines of up to 500,000 Thai Baht (US$14,900) with additional daily fines of up to 10,000 Thai Baht (US$300), for NPOs and “the person responsible for the operations of the NPOs” that fail to abide by such an order.

As a signatory to the Universal Declaration of Human Rights, a state party to the International Covenant on Civil and Political Rights and other international instruments, and in view of the principles provided in the Declaration on the Right and Responsibility of Individuals, Groups and Organs of Society to Promote and Protect Universally Recognized Human Rights and Fundamental Freedoms, Thailand has made certain commitments to uphold basic rights, including rights to freedom of expression, peaceful assembly, and association.

“The Draft Act contravenes Thailand’s human rights obligations and goes against the public’s interest and should be struck down,” said Amy Smith. “Thai authorities should find ways to truly promote and support individuals and organizations working for the public’s benefit, and we’d be happy to assist in that.”