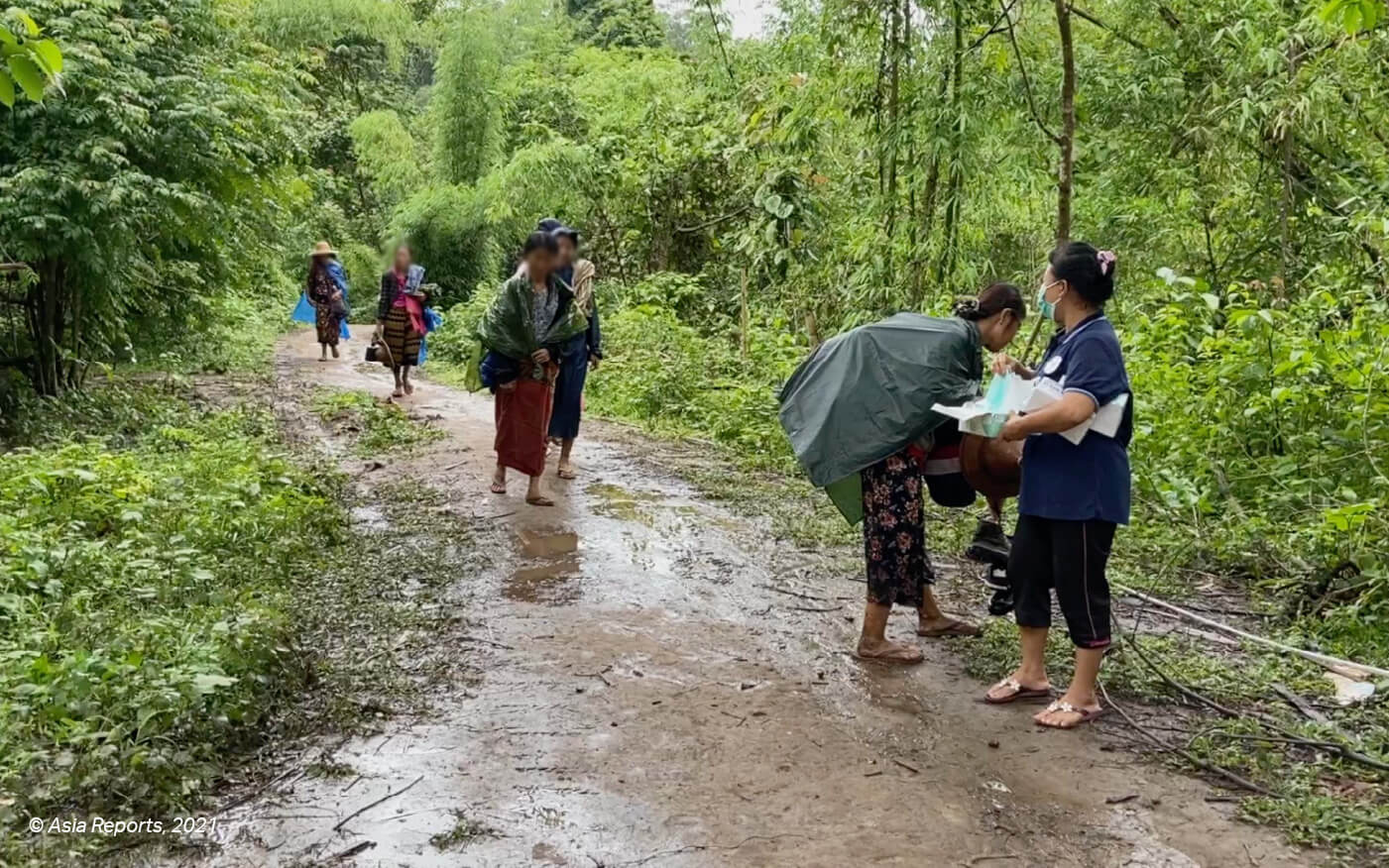 (BANGKOK, November 8, 2021)–As Thailand comes under review by the U.N. Human Rights Council, the government should take immediate and concrete steps to facilitate legal status for refugees and end the arbitrary arrest, detention, and forced returns of refugees, Fortify Rights said today. On November 10, the U.N. Human Rights Council will examine Thailand’s human rights record since 2016, including its record on refugee rights, as part of the Universal Periodic Review (UPR) process.

Ahead of Thailand’s UPR session, Fortify Rights today published an analysis of Thailand’s record on refugee rightsduring the reporting period.

“With a refugee crisis brewing along Thailand’s border with Myanmar, the UPR provides an opportunity for Thailand to acknowledge and correct course on longstanding refugee rights concerns.” said Amy Smith, Executive Director at Fortify Rights. “U.N. Human Rights Council member states should do everything they can to ensure Thailand delivers on its promises and international responsibility to protect refugees.”

As an increasing number of men, women, and children flee their homes in neighboring Myanmar to escape military-led attacks, threatening regional stability, senior Thai government officials discussed cross-border humanitarian aid during a recent U.S. delegation visit on October 18 and 19. While cross-border aid will be critically important to provide humanitarian assistance to the more than 200,000 people displaced by the Myanmar military’s attacks since February 1, the Thai government must also protect the rights of refugees seeking protection in Thailand.

Analysis: Thailand’s Record on Refugee Rights, 2016-2021, prepared by Fortify Rights for Thailand’s UPR, is based on research and monitoring conducted by the organization between 2016 and 2021 and provides detailed information and recommendations to the Thai government on three key areas of concern, namely the lack of legal status for refugees in Thailand, the refoulement or forced return of refugees seeking protection in Thailand, and the arbitrary arrest and detention of refugees, including refugee children.

“Thailand lacks a legal framework to specifically recognize and provide protections to refugees,” the Fortify Rights analysis published today states. “As a result, refugees in Thailand are subject to arbitrary arrest, detention, and refoulement.”

In its national-report submission to the Human Rights Council Working Group on the UPR, dated August 17, 2021, Thailand highlighted the government’s efforts to establish a National Screening Mechanism (NSM) to “identify people in need of protection and to grant them legal status and access to the necessary public services.” However, the implementation of the regulation, which the government enacted in December 2019, has been slow and Fortify Rights expressed concerned about whether the mechanism will comply with international human rights standards.

Despite the affirmation in its national-report submission that “Thailand respects the principle of non-refoulement,” refugees in Thailand remain subject to forced return. For example, in response to the potential influx of refugees following the military coup on February 1, 2021 in Myanmar, the government ramped up its military presence on the Thailand-Myanmar border to “prevent illegal immigration.” Fortify Rights also documented the forced return of at least 2,000 refugees to Myanmar in May 2021.

The Analysis provides a series of recommendations for Thailand and U.N. Human Rights Council member states to improve refugee rights in Thailand, including ensuring the NSM is implemented in line with international human rights standards, preventing the refoulement of refugees, and releasing all refugees currently detained solely on the basis of their immigration status.

This is Thailand’s third review under the UPR process—a process that takes place every five years. During Thailand’s last review in 2016, Thailand received several recommendations relevant to refugees, including recommendations to: ratify the 1951 Convention Relating to the Status of Refugees and its 1967 Protocol; provide legal status to refugees; abide by the principle of non-refoulement; and end the arbitrary detention of refugees.

“Despite making some promising public commitments, Thailand continues to chronically underdeliver on the rights of refugees,” said Amy Smith. “Without sustained international pressure, refugee rights in Thailand remain in the balance.”