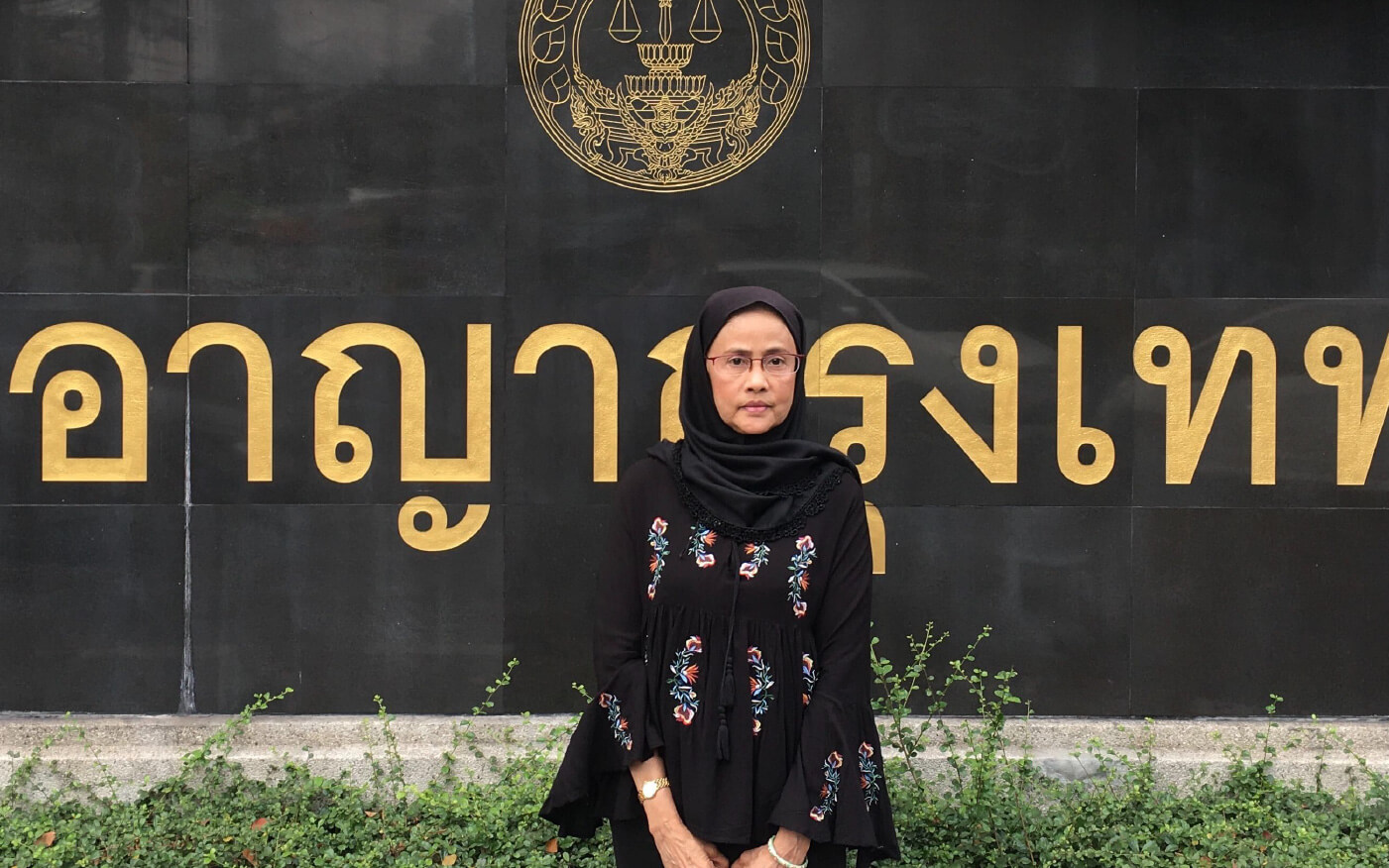 Court due to issue preliminary ruling on August 16

The expected court decision on August 16 will mark the end of a series of four preliminary hearings spanning more than 17 months concerning a criminal defamation complaint brought by Thammakaset against Angkhana Neelapaijit. The original complaint, filed on October 25, 2019, alleges that Angkhana Neelapaijit defamed the company by posting two tweets—on December 3, 2018 and June 28, 2019—that expressed support for other human rights defenders facing lawsuits brought by Thammakaset.

Angkhana Neelapaijit also faces a second criminal defamation complaint that is part of a combined case brought by Thammakaset against Fortify Rights Senior Human Rights Specialist Puttanee Kangkun and Thanaporn Saleephol, a former Fortify Rights Communications Associate. The complaints against the three women all relate to similar social media posts expressing solidarity with others facing lawsuits brought by Thammakaset. A preliminary hearing for the combined case is scheduled for Bangkok South Criminal Court on December 27, 2021.

In all the complaints, the company alleges violations of articles 326 and 328 of the Thai Criminal Code, which carries sentences of up to two years in prison and fines of up to 200,000 Thai Baht (US$6,000) per count. Angkhana Neelapaijit faces a total of four counts through the two cases brought by the company.

Since 2016, Thammakaset has brought at least 37 complaints against 22 human rights defenders. The courts have dismissed or ruled against the company in most cases. Despite this, Thai authorities continue to consider criminal defamation complaints brought by Thammakaset against human rights defenders. Most recently, the Supreme Court accepted an appeal by Thammakaset to reconsider a criminal defamation complaint against Mahidol University Institute of Human Rights and Peace Studies lecturer Ngamsuk Ruttanasatain that the lower court previously dismissed at the preliminary stage in September 2019. The Supreme Court is expected to announce a ruling on the appeal on September 22, 2021.

In 2018, the National Legislative Assembly amended Section 161/1 of the Thailand Criminal Procedure Code, allowing judges to dismiss and forbid the refiling of a complaint by a private individual if the complaint is filed “in bad faith or with misrepresentation of facts to harass or take advantage of a defendant.” Section 165/2 also allows the presentation of evidence to show that the complaint “lacks merit.” Despite these amendments and specific requests for the court to apply Section 161/1 to prevent cases brought by Thammakaset from moving forward, the courts have allowed these cases to proceed.

The 2017 Constitution of Thailand protects the right to freedom of expression, as does Article 19 of the International Covenant on Civil and Political Rights, to which Thailand is a state party. The Thai National Action Plan on Business and Human Rights also includes commitments on protecting human rights defenders from Strategic Lawsuits Against Public Participation (SLAPP).