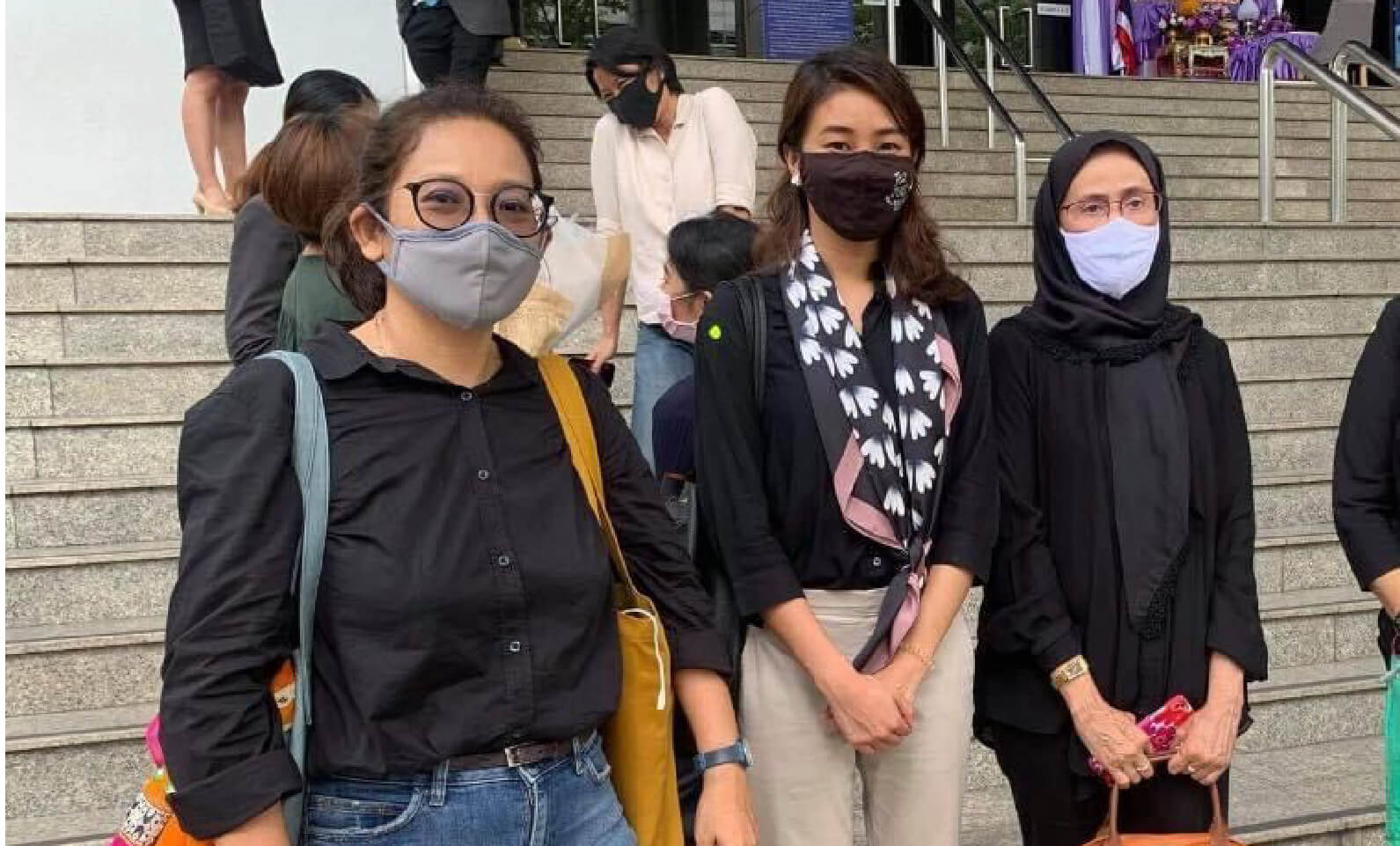 “Dismissing the case against these three women human rights defenders would reinforce Thailand’s commitment to business and human rights principles,” said Amy Smith, Executive Director of Fortify Rights. “The authorities should use available mechanisms to prevent this case from proceeding.”

On August 4, the Bangkok South Criminal Court continued the hearing of the first complaint against Angkhana Neelapaijit and the next are scheduled for November 3 and 9, 2020.

The company alleges that the women’s social media posts violate articles 326 and 328 of the Thai Criminal Code, which carries sentences of up to two years in prison and fines of up to 200,000 Thai Baht (US$6,400) per count. Angkhana Neelapaijit faces a total of four counts, Puttanee Kangkun faces 21 counts, and Thanaporn Saleephol faces five counts.

Since January 2020, Thai courts have considered and either dismissed or found in favor of the defendants in at least seven cases brought by Thammakaset. Most recently, on July 30, the Bangkok South Civil Court ruled in favor of Voice T.V. after Thammakaset brought suit against the Thai media outlet for a report on labor conditions at a farm operated by the company. On July 16, the Court of Appeal affirmed the dismissal of a criminal defamation complaint against peace studies and human rights lecturer Ngamsuk Ruttanasatian for a social media post. On June 8, the Bangkok Criminal Court acquitted human rights defenders Nan Win and Sutharee Wannasiri of criminal defamation charges for their involvement in Fortify Rights-related activities. On March 24, the Saraburi Provincial Court acquitted another criminal complaint against Nan Win in which the company accused Nan Win of providing false testimony to the court in an earlier labor dispute case between Thammakaset and its workers. On March 18, the Lopburi Sub-District Court dismissed a similar criminal complaint against three former Thammakaset workers and the coordinator of the Migrant Worker Rights Network, Suthasinee Kaewleklai, for allegedly providing false information to an official about labor conditions on Thammakaset’s farm.

Since 2016, the company has brought at least 37 complaints against 22 human rights defenders.

On March 10, 2020, a group of U.N. experts issued a communication letter to the Thai government, raising concern about “the continued judicial harassment by Thammakaset Co. Ltd (Thammakaset), of human rights defenders, migrant workers, journalists and academics for denouncing exploitative working conditions of migrant workers at the poultry farm of this Thai company.”

The 2017 Constitution of Thailand protects the right to freedom of expression, as does Article 19 of the International Covenant on Civil and Political Rights, to which Thailand is a State Party. The Thai National Action Plan on Business and Human Rights includes the protection of human rights defenders from Strategic Lawsuits Against Public Participation (SLAPP).

In 2018, the National Legislative Assembly amended Section 161/1 of the Thailand Criminal Procedure Code, allowing courts to dismiss and forbid the refiling of a complaint by a private individual if the complaint is filed “in bad faith or with misrepresentation of facts in order to harass or take advantage of a defendant.” Despite this mechanism, cases brought by Thammakaset targeting human rights defenders, and particularly women human rights defenders, continue to proceed.