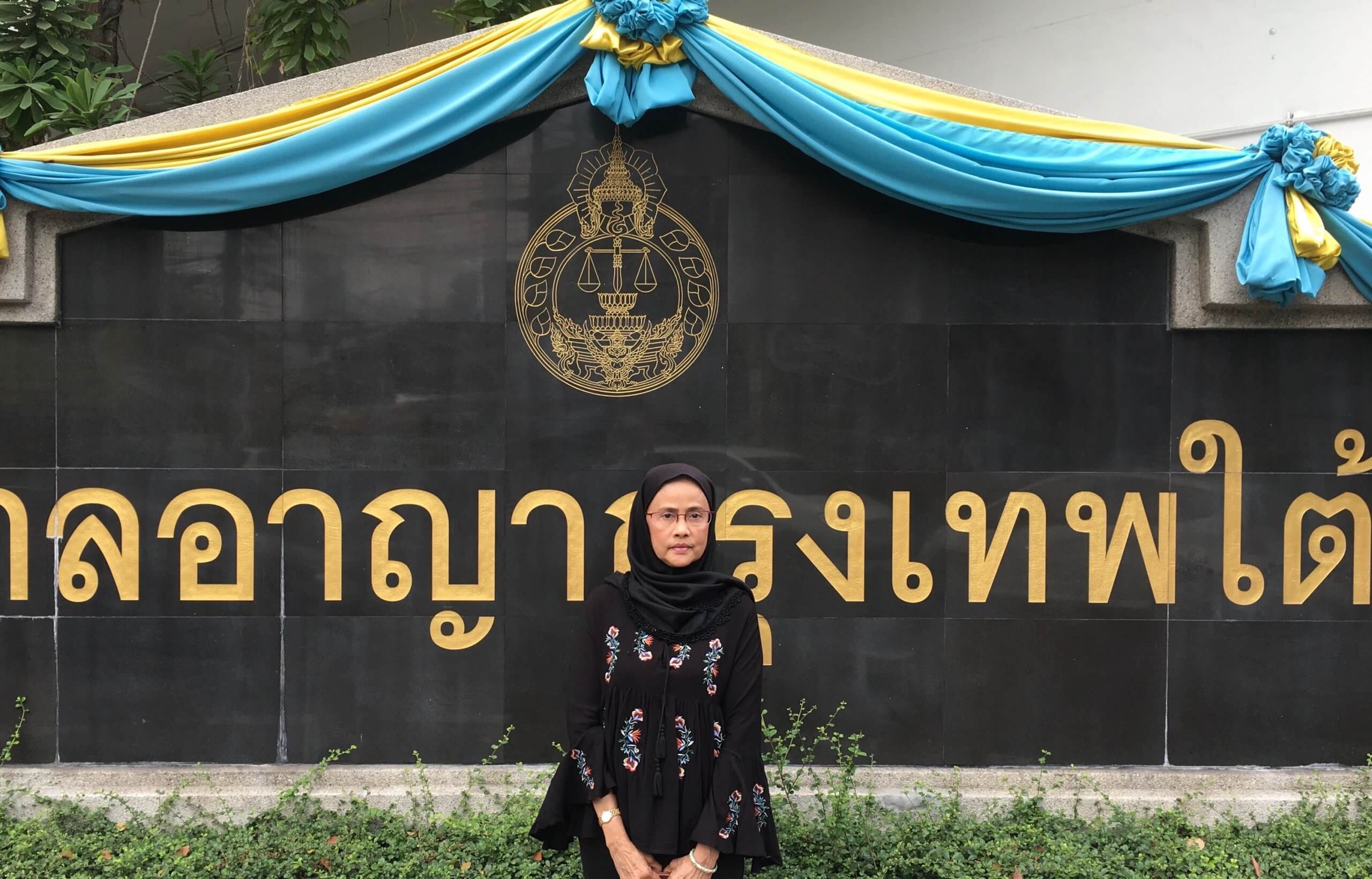 “This complaint is yet another attack on a woman human rights defender and the right to freedom of expression in Thailand,” said Amy Smith, Executive Director of Fortify Rights. “Thai authorities should drop this case and prevent businesses from using judicial harassment to target rights defenders.”

The preliminary hearing on August 4 is the third day of hearings that began on February 24. Thammakaset filed the complaint against Angkhana Neelapaijit on October 25, 2019. The complaint alleged that Angkhana Neelapaijit defamed the company by posting two tweets on December 3, 2018, and June 28, 2019. In the tweets, she expressed support for other human rights defenders facing lawsuits by the company.

Angkhana Neelapaijit also faces a second complaint brought by Thammakaset on March 30, 2020, for one tweet and one re-tweet in which she similarly expressed support for human rights defenders facing judicial harassment by Thammakaset.

Lawsuits designed to silence or harass civil society organizations and human rights defenders, known as Strategic Lawsuits Against Public Participation, or SLAPP, have long been a problem in Thailand.

Thai courts have dismissed most of the cases brought by Thammakaset. Most recently, on July 30, the Bangkok South Civil Court ruled in favor of the Thai media outlet Voice TV, which reported on labor conditions at a farm operated by Thammakaset. The court found the media outlet not guilty on a civil defamation charge brought by the company. On July 16, the Appeal Court also confirmed the verdict of the Criminal Court to dismiss a criminal defamation complaint brought by Thammakaset against Ngamsuk Ruttanasatian, a lecturer at the Institution of Human Rights and Peace Study at Mahidol University, for alleged rights-related social media posts. On June 8, the Bangkok Criminal Court also acquitted Nan Win and Sutharee Wannasiri, two human rights defenders, of criminal defamation charges brought by Thammakaset for their involvement in a short film produced by Fortify Rights and related activities. The court ruled that Nan Win and Sutharee Wannasiri expressed their opinions based on good faith.

The complaints against Angkhana Neelapaijit, Puttanee Kangkun, and Thanaporn Saleephol allege violations under Article 326 and 328 of the Thai Criminal Code, which carries sentences of up to two years in prison and fines of up to 200,000 Thai Baht (US$6,400) per count.

In a news release issued on June 8, the U.N. Office of the High Commissioner for Human Rights, South-East Asia Regional Office, called on the Government of Thailand to “urgently and effectively” implement “the protective measures outlined in Thailand’s National Action Plan” and end the practice of judicial harassment. On March 2020, a group of U.N. experts also issued a communication to the Thai government, raising concern about “the continued judicial harassment by Thammakaset” and calling on the government “to ensure that its domestic legal framework includes safeguards against human rights abuses by corporations.”

The 2017 Constitution of Thailand protects the right to freedom of expression, as does Article 19 of the International Covenant on Civil and Political Rights, to which Thailand is a state party. In 2018, the National Legislative Assembly amended Section 161/1 of the Thailand Criminal Procedure Code, allowing a court to dismiss and forbid the refilling of a complaint by a private individual if the complaint is filed “in bad faith or with misrepresentation of facts in order to harass or take advantage of a defendant.” However, courts have continued to proceed with cases brought by Thammakaset.

“Thailand has mechanisms in place to prevent cases of judicial harassment from proceeding,” said Amy Smith. “Thai authorities should use these mechanisms to demonstrate the strength of its legal framework.”