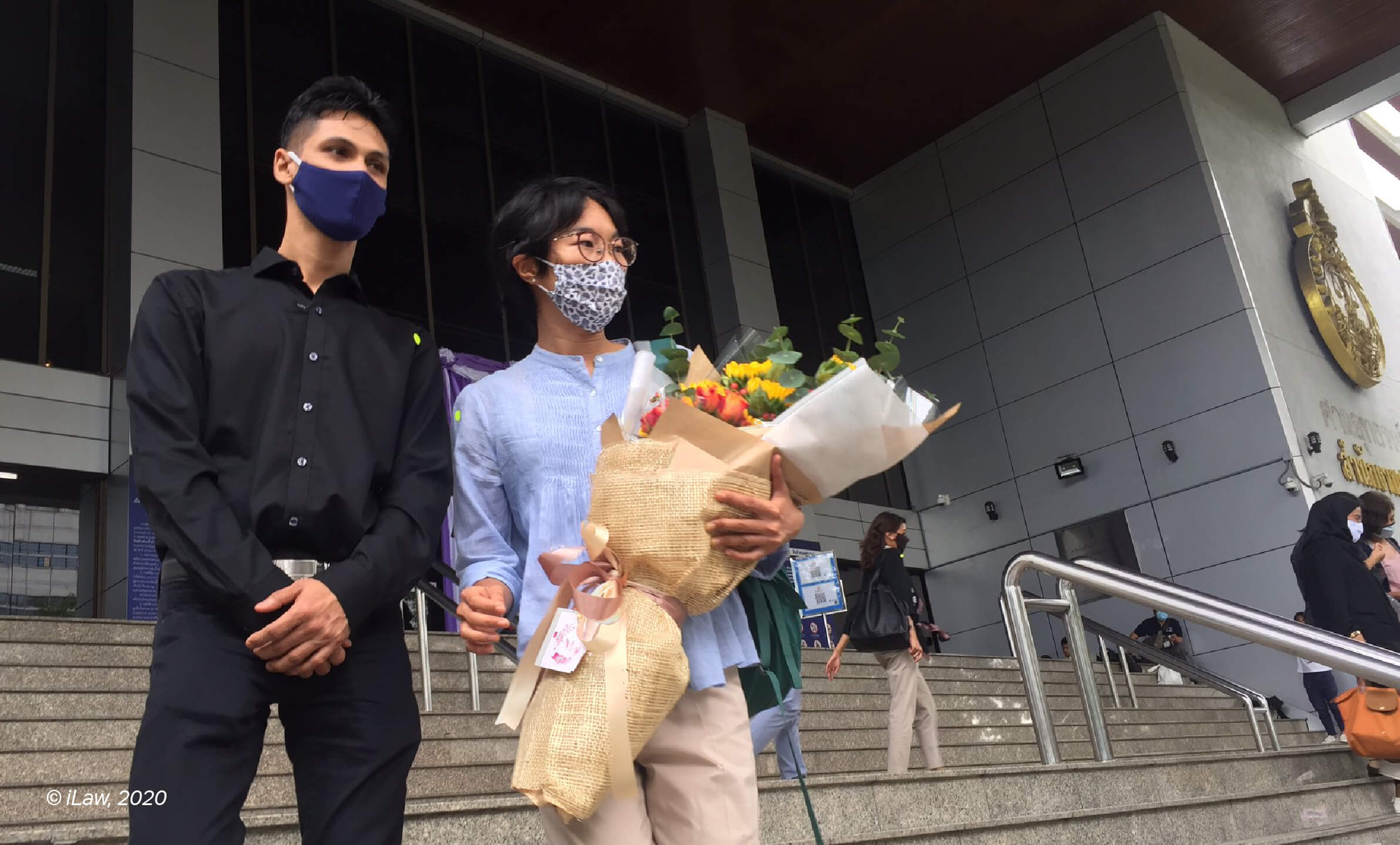 “This verdict represents what we hope is the beginning of an end to judicial harassment against human rights defenders in Thailand,” said Amy Smith, Executive Director of Fortify Rights. “It’s now up to the Thai authorities to drop the other spurious cases brought by Thammakaset. Measures should be implemented to prevent businesses from undermining rights in Thailand.”

The complaints against these three women human rights defenders relate to multiple social media engagements posted between November 29, 2019 and January 30, 2020. The posts  expressed support for other human rights defenders facing judicial harassment by Thammakaset and included links to news releases published by Fortify Rights. The complaints allege criminal defamation under Article 326 and 328 of the Thai Criminal Code, which carry sentences of up to two years in prison and fines of up to 200,000 Thai Baht (US$6,400) per count.

The U.N. Office of the High Commissioner of Human Rights issued a statement on June 8 welcoming the verdict acquitting Nan Win and Sutharee Wannasiri and urging the Government of Thailand to “urgently and effectively” implement “protective measures” to end Strategic Lawsuits Against Public Participation, also known as SLAPP cases. “Companies in Thailand have long been criticized for employing so-called . . . ‘SLAPP’ cases, to silence or harass civil society organizations and human rights defenders,” the statement said.

The 2017 Constitution of Thailand protects the right to freedom of expression as does Article 19 of the International Covenant on Civil and Political Rights, to which Thailand is a state party. However, criminal defamation creates a chilling effect on free speech in Thailand.

Thailand was the first country in Asia to endorse the “National Action Plan on Business and Human Rights,” in which the “Action Plan for Human Rights Defenders” outlines commitments to defend human rights defenders.

This week, Thai officials, U.N. agencies, and business stakeholders are scheduled to discuss responsible business practices and human rights in Asia and the Pacific during a virtual forum organized by several U.N. agencies. In advance of this forum, 53 organizations and 23 individuals working on business and human rights issues in Thailand issued an open letter, calling on the forum organizers “to include the protection of W/HRDs [women/human rights defenders] into all sessions and proposed actions of the Forum.”

The signatories to the letter called for defamation to be de-criminalized and urged the forum “to take a firm stand on the issue of protection of W/HRDs from judicial harassment and other SLAPP actions.”

“Thai authorities should act urgently to address flaws in the justice system that undermine the right to free expression and protections for human rights defenders,” said Amy Smith. “Systemic changes are urgently needed.”