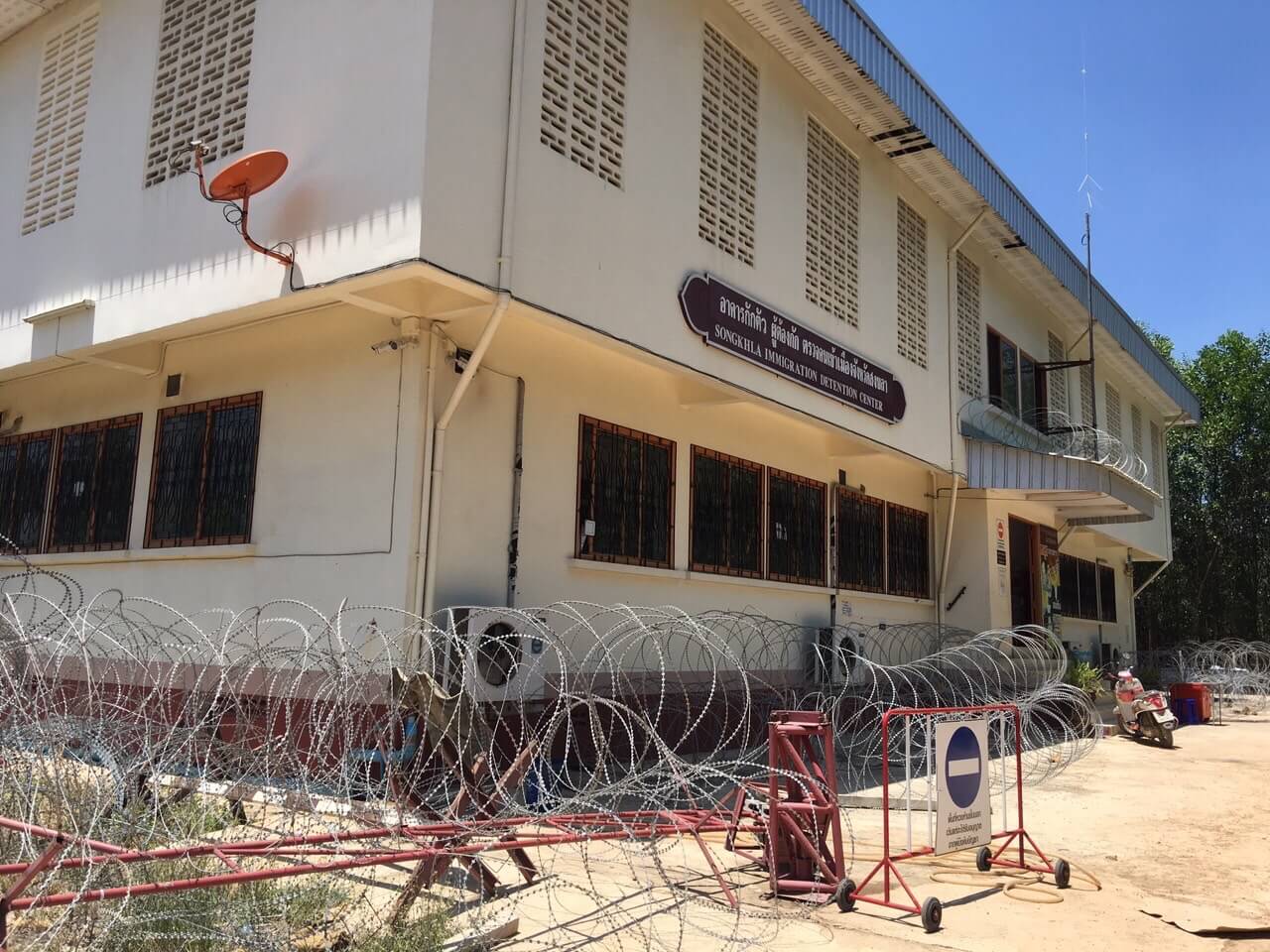 (BANGKOK, May 1, 2020)—The Government of Thailand should release refugees and migrants detained in immigration detention facilities to protect their rights and health as well as the health of government workers and their families, said Fortify Rights today. On April 25, Thai authorities confirmed that 42 detainees held at the Songkhla Immigration Detention Center (IDC) in Sadao District, Songkhla Province tested positive for COVID-19.

“The continued detention of refugees and migrants is not only a human rights concern, but also a public health concern,” said Amy Smith, Executive Director of Fortify Rights. “With a global health crisis underway, Thai authorities should prioritize potential COVID-19 hotspots, such as detention facilities, to prevent transmission.”

The Government of Thailand is currently detaining more than 200 refugees, including 15 refugee children, and hundreds of migrants in 22 immigration detention facilities throughout Thailand.

After testing detainees in the Songkhla IDC, Dr. Taweesin Visanuyothin, governmentspokesperson for the Center for COVID-19 Situation Administration, announced that 42 detainees tested positive for COVID-19, including 34 detainees from Myanmar, three from Viet Nam, two from Malaysia, one from Yemen, one from Cambodia, and one from India.

Songkhla IDC currently has a population of more than 100 detainees.

In 2016, Fortify Rights and the Burmese Rohingya Organization UK documented conditions in the Songkhla IDC, finding that detainees “lack[ed] access to healthcare, mental health services, and opportunities to exercise or be in open air for any amount of time.”

According to the United Nations Office of the High Commissioner for Human Rights (OHCHR), immigration detention centers are considered “high-risk locations for the spread of communicable infections, as they are often overcrowded and lack adequate healthcare, food and water, sanitation and hygiene.”

Under international law, refugees should never be detained solely on the basis of their immigration status.

Most refugees and migrants are detained for alleged violations of Thailand’s Immigration Act. For example, under Section 81 of the Act, anyone found in Thailand without proper permission is subject to up to two years’ imprisonment and/or a fine not exceeding 20,000 Thai Baht (US$617). Refugees and stateless persons who are unable to return to their home country face protracted and, at times, indefinite detention in Thailand.

Customary international law and Article 9 of the International Covenant on Civil and Political Rights (ICCPR), to which Thailand is a State party, forbids the arbitrary, unlawful, or indefinite detention of any person, including refugees and migrants. Migrants may only be detained as an exceptional measure of last resort following an individualized assessment and after the exhaustion of all alternatives to detention. Any detention must also take into consideration the effects that such detention may have on the mental and physical health of the individual.

During its review of Thailand’s obligations under the ICCPR in March 2017, the U.N. Human Rights Committee raised concern with Thailand’s indefinite detention of “undocumented migrants, asylum-seekers and refugees” and recommended that Thai authorities “refrain from detaining refugees, asylum seekers and migrants and implement alternatives to detention, including before deportation.”

On April 28, the U.N. Working Group on Alternatives to Immigration Detention also recommended that states release all migrants, provide adequate information to released migrants, specific safeguards for migrants in vulnerable situations, and training and support to all frontline workers and other practical measures.

On January 21, 2019, the Thai government signed a memorandum of understanding to facilitate alternatives to detention for refugee and migrant children. However, Thai authorities continue to detain children in IDCs.

“Thailand has recently made positive strides towards protecting refugees, including through an effort to create its first-ever refugee-screening mechanism,” said Amy Smith. “With COVID-19 threatening the health and well-being not only of those detained but those working in the detention facilities, now is the time for Thailand to expedite and extend measures to facilitate the release of detained refugees and migrants.”