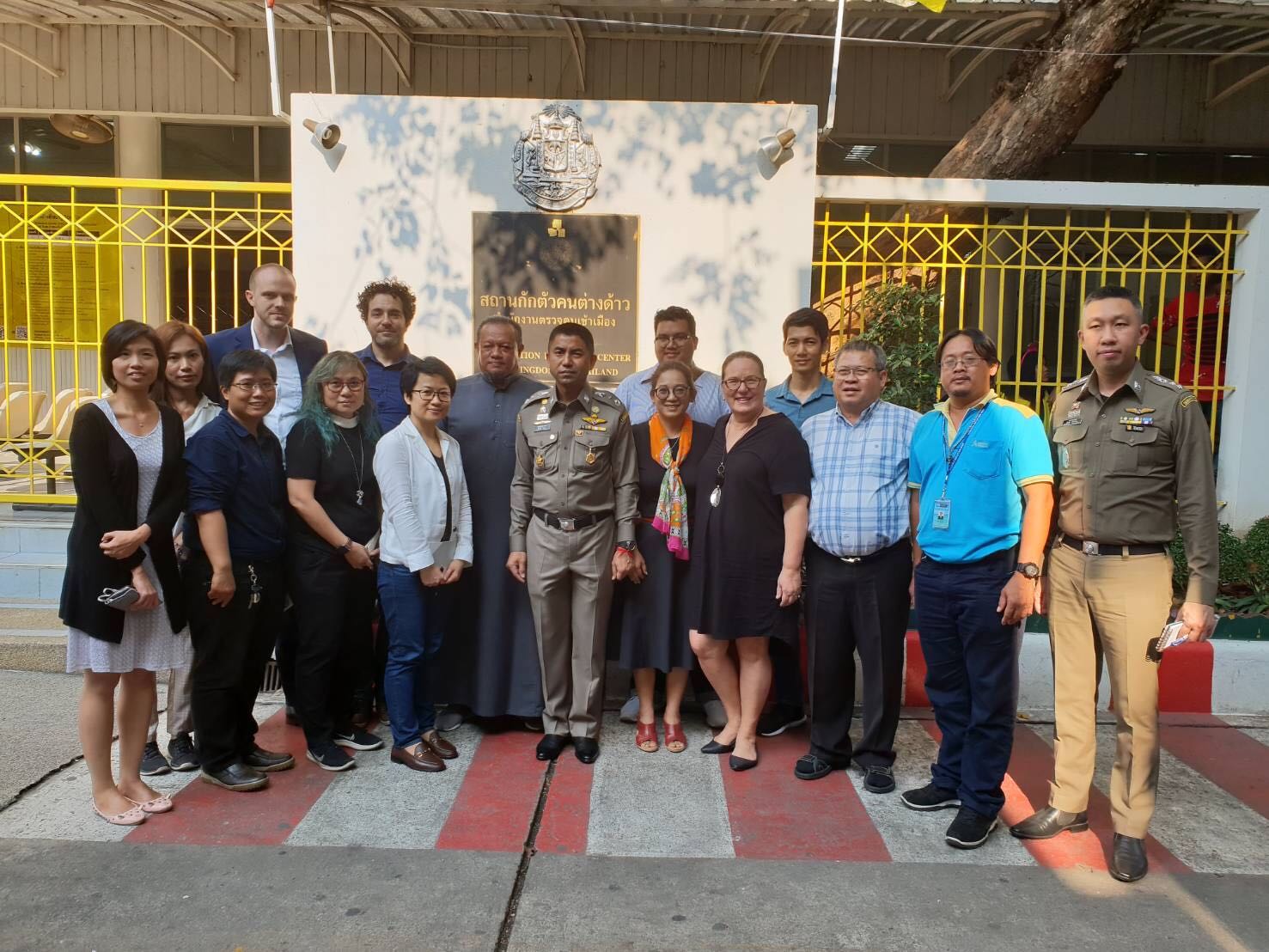 (Bangkok, November 11, 2019) – The government of Thailand should enact and implement regulations that ensure “full rights and protections for refugees,” Fortify Rights and 10 other organizations said today in a joint statement. During a closed-door briefing on October 28, the Immigration Bureau announced that the Cabinet under the Prime Minister’s Office would review before the end of the year a regulation creating a refugee “National Screening Mechanism”—the first of its kind to identify and protect refugees in Thailand.

“Thailand has a long and spotty history in dealing with refugee populations,” said Amy Smith, Executive Director of Fortify Rights. “The creation of a mechanism to identify and protect refugees would mark a significant milestone.”

In the joint statement, the organizations called on the Thai government to enact a regulation that includes “an internationally-recognized definition of a ‘refugee’” and protects against  “the forcible return of an individual” among other recommendations.

On October 28, Fortify Rights and six other civil society organizations co-organized the closed-door briefing to discuss immigration policy developments with relevant government agencies, U.N. representatives, and members of the diplomatic community to discuss immigration policy developments. During the briefing, Thai officials involved in the drafting of the regulation outlined its provisions.

In February this year, the Thai government also established Subdivision 4 under the Royal Thai Police to implement the future screening process.

In today’s joint statement, the signatories called on Subdivision 4 to develop standard operating procedures in consultation with the U.N. High Commissioner for Refugees (UNHCR)—the U.N. agency mandated to protect refugees—as well as organizations working with refugee communities in Thailand, and members of affected refugee communities.

“Big questions remain about whether refugees in Thailand will truly receive protection under the proposed mechanism,” said Amy Smith.“The Thai government should not only enact a regulation with basic protections for refugees but also ensure that the authorities responsible for implementing the regulation are properly trained and resourced to ensure those protections.”

In the last several years, the Thai government has made strong commitments on improving the situation of refugees in Thailand both in policy and practice. On September 20, 2016, Prime Minister Prayuth Chan-o-cha first committed to developing a refugee-screening mechanism during speech at the Leaders’ Submit on the Global Refugees Crisis. Soon after, on January 10, 2017, the Thai government adopted Cabinet Resolution 10/01, B.E. 2560, calling for the creation of a committee to develop a mechanism to screen and manage the refugee population in Thailand.

The Thai government also advanced measures to end the immigration detention of refugee children. For example,  on January 21, 2019, Deputy Prime Minister General Prawit Wongsuwan signed the  Memorandum of Understanding on the Determination of Measures and Approaches Alternative to Detention of Children in Immigration Detention Centers. Since the signing of this MoU, Thai authorities released and reunited scores of refugee women and children detained in immigration detention centers.

In the joint letter published today, the signatories highlighted shortfalls of the MoU, calling on the Thai government to extend the MoU “to facilitate alternatives to detention for all refugees, not only children and their mothers” and “[e]liminate or significantly reduce the bail requirement.”

Thailand further reiterated its commitment to protect refugees with the recent signing of the ASEAN Declaration on the Rights of Children in the Context of Migration on November 2 during the ASEAN Summit in Bangkok.

“Thailand has an opportunity to set the example for other governments in the region and the world by protecting refugees,” said Amy Smith, “For the Thai government to demonstrate genuine leadership on refugee issues, it’s commitments and actions will have to translate into genuine protections for refugees.