Thailand: Prevent the Detention of Rohingya Refugees and Survivors of Human Trafficking 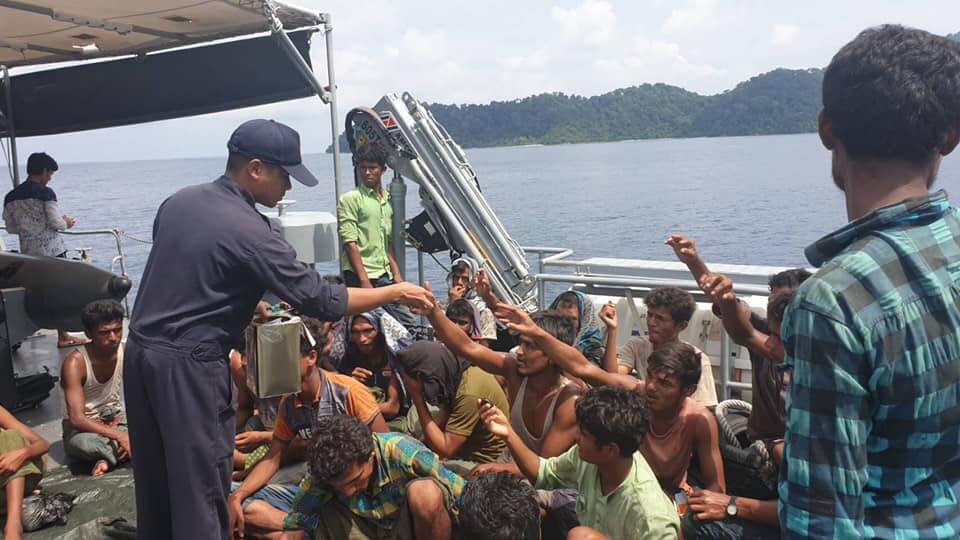 “Thai authorities are obligated to protect these new arrivals,” said Matthew Smith, Chief Executive Officer of Fortify Rights. “Whether these Rohingya came from Myanmar or refugee camps in Bangladesh, they’re refugees and have a right to protection.”

The authorities are reportedly investigating whether the group was trafficked to Thailand, and the authorities detained a Thai national and five Myanmar nationals, who are the suspected leaders of the group.

Thai authorities told reporters the investigation would proceed according to the National Security Council’s procedure on the treatment of “illegal immigrants by sea.”

For years, Thailand has also implemented a so-called “help-on” or “push-back” policy, pushing boats of possible refugees and survivors of human trafficking out to sea. With regard to Rohingya arrivals, Thai authorities typically provide minimal food and water to boats before directing them toward Malaysia. Fortify Rights has documented how Thailand’s pushbacks and failure to provide protection have directly led to abuses, death, and mass graves.

In March, Fortify Rights and the Human Rights Commission of Malaysia (SUHAKAM) published a 121-page joint report that found reasonable grounds to believe that a human-trafficking syndicate—including government officials—committed crimes against humanity in Malaysia and Thailand against Rohingya men, women, and children from 2012 to 2015. The report documents how traffickers piled hundreds and thousands of Rohingya refugees into repurposed fishing vessels and deprived them of adequate food, water, and space, committing torture and, in some cases, rape at sea. Traffickers murdered captives, and many died by suicide at sea.

Numerous survivors reported how Thai authorities extrajudicially transferred or sold them from state custody to members of a transnational human-trafficking syndicate, in some cases, directly transporting Rohingya to human-trafficking camps on the Malaysia-Thailand border or into Malaysian territory. The report includes details into government complicity and involvement beyond evidence exposed in the conclusions of a mass human-trafficking trial in Thailand in 2017.

Under customary international law, the principle of non-refoulement prohibits states from returning any person on its territory or under its jurisdiction to a country where they may face persecution. Thailand’s “push-back” policy violates this principle.

Customary international law as well as Article 9 of the International Covenant on Civil and Political Rights, to which Thailand is a state party, protects the right to liberty. This right extends to migrants, who may be detained only in exceptional circumstances and in accordance with international law.

Fortify Rights, the United Nations Fact Finding Mission on Myanmar, and others have found evidence that Myanmar authorities committed the crime of genocide against Rohingya Muslims in Rakhine State in 2016 and 2017, forcing more than 800,000 into Bangladesh. Myanmar has failed to hold perpetrators accountable.

Until the root causes of Rohingya migration are addressed—including deprivation of Rohingya citizenship in Myanmar, longstanding restrictions of freedom of movement for Rohingya in Myanmar, and impunity for mass atrocity crimes in Myanmar— refugees and trafficking survivors will continue to arrive on the shores of Thailand and Malaysia, Fortify Rights said.

Thailand is the chair of the Association of Southeast Asian Nations (ASEAN) this year.

“Thai and Malaysian authorities need to take a more decisive stand on ensuring accountability for mass atrocities in Myanmar and restoring Rohingya citizenship,” said Matthew Smith. “Rohingya are abused everywhere they go. All of ASEAN needs to band together to prevent that.”