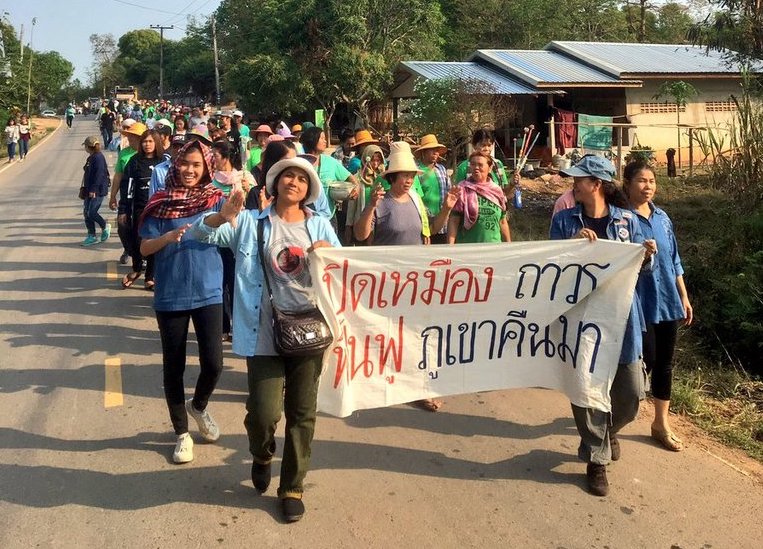 (BANGKOK, April 4, 2017)—The Government of Thailand should protect human rights defenders working in the context of business operations and ensure their rights to freedom of expression and peaceful assembly, Fortify Rights said today in a 16-page submission to the United Nations’ experts. The U.N. Working Group on business and human rights concluded its first official visit to Thailand today.

“It’s encouraging that the government invited the Working Group to Thailand,” said Amy Smith, Executive Director of Fortify Rights. “We hope this visit marks the start of a genuine commitment by the government and businesses to uphold human rights.”

The submission by Fortify Rights documents attacks and incidents of harassment perpetrated against human rights defenders working on corporate accountability from 2014 to the present day.

The Thai authorities have failed to protect human rights defenders by allowing violations and abuses to take place with impunity, according to the submission. For example, the Thai authorities have brought only two perpetrators out of more than 100 armed and masked men to justice for attacks on residents of Na Nong Bong village and leaders of the Khon Rak Ban Kerd Group (KRBKG)—a community-based organization advocating for the protection of the environment against potentially harmful mining operations in Loei Province—on May 15, 2014.

Likewise, no one has been held accountable for the killings and attempted assassination of five members of the Southern Peasants Federation of Thailand (SPFT) between 2010 and 2017. SPFT is a community-led organization of farmers advocating for land reform, food security, and fair distribution of resources in Surat Thani Province.

Fortify Rights also documented how private companies and Thai authorities have used criminal defamation laws, the 2007 Computer-related Crime Act, and the 2015 Public Assembly Act to intimidate and harass human rights defenders. A litany of criminal proceedings have been brought against KRBKG members in relation to their protest against a gold mine, Thai PBS and its journalists for reporting on environmental impacts allegedly linked to the same gold mine, and Andy Hall, a British labor-rights advocate and 14 Myanmar migrant workers for reporting on alleged labor-rights abuses in a Thai poultry-rearing company.

On March 25, 2018, the Thailand Ministry of Foreign Affairs stated in its press release that the government welcomed the U.N. Working Group’s first official visit to the country as part of “a collaborative learning process” and expressed hope that “Thailand could be a model for other countries to promote the United Nations Guiding Principles on Business and Human Rights (UNGP).”

The Working Group—a U.N. Human Rights Council-appointed independent expert body—visited Thailand from March 26 to April 4, 2018 to assess how the government and businesses are implementing their human rights obligations and responsibilities in line with the U.N. Guiding Principles on Business and Human Rights. The experts will report their findings to the Human Rights Council.

“It takes action to make business and human rights a reality,” said Amy Smith. “The Thai authorities and businesses here should start by dropping all unjust criminal proceedings against human rights defenders.”