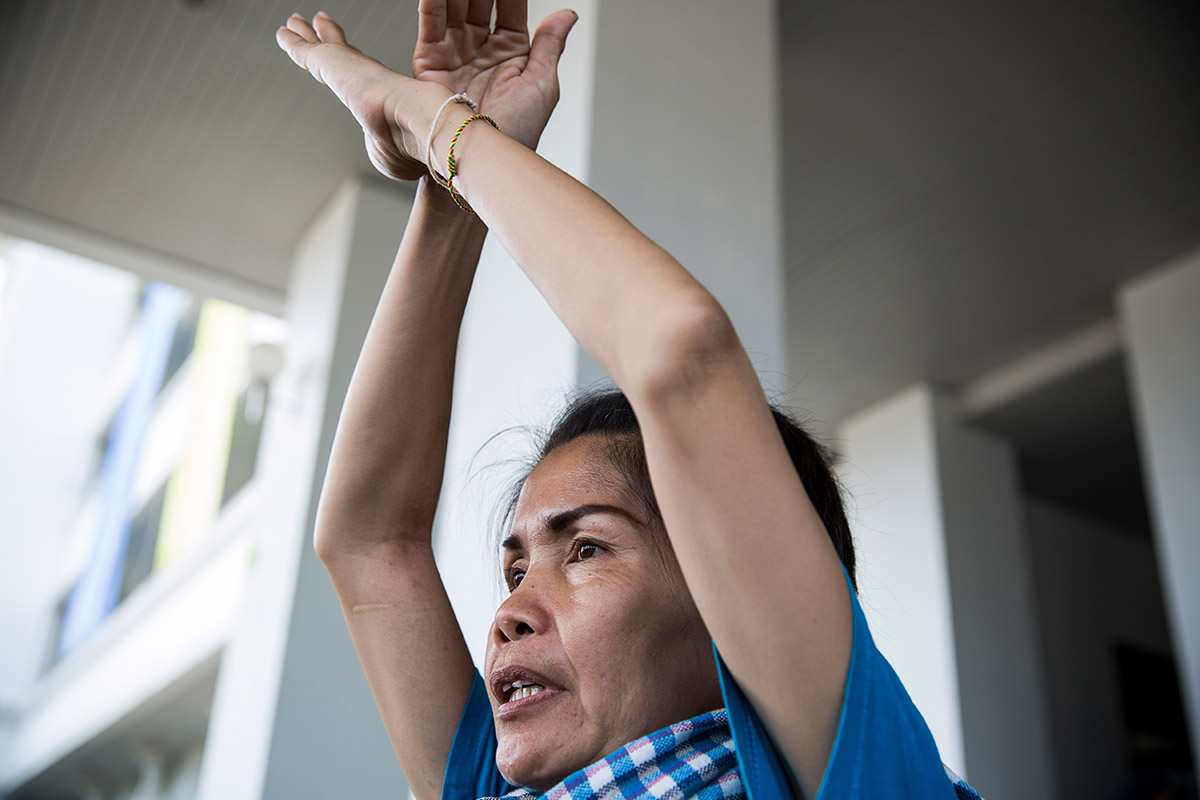 In November 2016, the Criminal Court in Bangkok dismissed the complaint. The company appealed the decision and, at a hearing tomorrow, the Appeal Court will issue the findings of its review of the Criminal Court’s decision.

“This case remains an affront to press freedom in Thailand,” said Amy Smith, Executive Director of Fortify Rights. “Invalidating this case would send a message to powerful private entities that seek to erode freedoms protected under Thai law.”

The complaint relates to a citizen-journalist news clip about a youth camp involved in raising awareness of environmental issues in Wang Sa Pung District, Loei Province. In the clip, a 15-year-old schoolgirl from a village located near a Tungkum Ltd. mine alleged that villages in the area had been “environmentally affected by the gold mining industry.” Tungkum Ltd. filed complaints against the schoolgirl as well as Thai PBS and its journalists for the report.

In its complaint against Thai PBS and its journalists, the company sought 50 million Thai Baht (US$1.4 million) in compensation for damage to its reputation and revocation of Thai PBS’s operating license for five years. If ultimately convicted, the defendants would also face five years in prison and fines of up to 200,000 Thai Baht (US$6,700).

On November 16, 2016, the Criminal Court in Bangkok dismissed the complaint against Thai PBS and its journalists, finding the complaint lacked merit because Thai PBS and its journalists acted professionally and relied on credible sources, including government agencies and local villagers. In dismissing the case, the Court cited Section 329(3) of the Thai Criminal Code, which provides that opinions or statements made in good faith and subject to public criticism shall not be guilty of defamation. The Court noted that natural resources and the environment are matters within the public’s interest, particularly with regard to impacts on peoples’ lives and livelihoods.

“The ongoing lawsuit threatens our media and journalists,” former Thai PBS journalist and defendant Wirada Saelim told Fortify Rights. “It reminds us that we have to be extremely careful when reporting on negative impacts suffered by communities, despite our responsibility to amplify voices of affected communities. The role and position of the media is to provide a platform for people in society.”

Tungkum Ltd. has brought at least 19 other criminal and civil lawsuits against 33 Loei residents, including members of the Khon Rak Ban Kerd Group (KRBKG)—a community-based environmental organization actively engaged in protesting local gold mining operations—in the past eight years. Through these lawsuits, the company has sought 320 million Thai Baht (US$9 million) in compensation. Additionally, in 2017, local authorities filed at least three criminal complaints against 13 members of KRBKG, including a complaint for alleged public assembly violations linked to their protests. Currently, four criminal complaints involving at least 14 Loei residents are pending.

On May 31, 2017, Thai authorities and business entities committed to implementing the United Nations Guiding Principles on Business and Human Rights. Among other obligations, the Guiding Principles provide that states should “protect against human rights abuse within their territory and/or jurisdiction by third parties, including business enterprises” and ensure “the legitimate and peaceful activities of human rights defenders are not obstructed.”

The United Nations Working Group on the issue of human rights and transnational corporations and other business enterprises—a group of independent experts mandated by the U.N. to promote effective and comprehensive dissemination and implementation of the Guiding Principles—will undertake its first official visit to Thailand between March and April 2018 to assess Thailand’s implementation of the Guiding Principles. The Working Group will present its findings to the U.N. Human Rights Council following the conclusion of its visit.

To meet its obligations, Thai authorities should decriminalize defamation, withdraw criminal complaints against those legitimately exercising their right to freedom of expression, and take positive steps to deter business enterprises from abusing the law and communities, said Fortify Rights.

“These and others complaints are being used to threaten and intimidate journalists and environmental defenders who won’t be silenced,” said Amy Smith. “Thailand has an opportunity to set a positive and strong example nationally and internationally for the protection of human rights, and it should do so.”