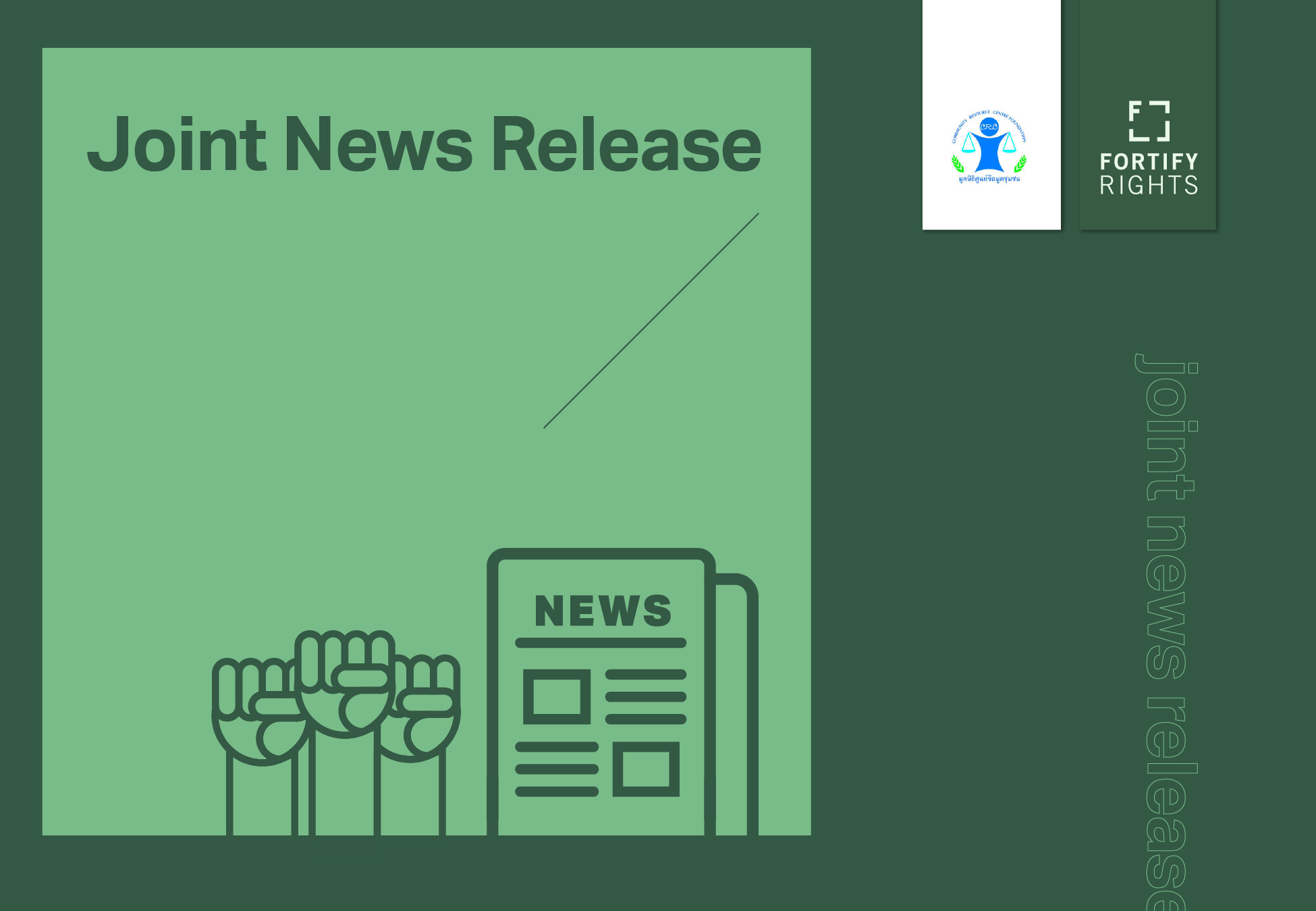 Thai journalist faces up to five years in prison

Read the News Release in Thai

(BANGKOK, January 5, 2018)—Thai authorities should immediately and unconditionally drop a complaint against journalist Jamon Sonpednarin for his alleged involvement in a peaceful protest at an open-pit gold mine in northeast Thailand in 2015, Fortify Rights and the Community Resource Centre Foundation (CRC) said today. Thai immigration authorities arrested Jamon on the morning of November 29, 2017 as he attempted to travel to Myanmar for professional purposes.

“The voices of villagers need to be amplified with the power of media and communication,” Jamon Sonpednarin, 35, told Fortify Rights. “If the media faces reprisals for presenting information or cannot exercise freedom of speech, the voices of local communities will be silenced.”

On January 8, 2018, the Wang Sa Phung District police will inform Jamon whether they will proceed with the complaint against him by submitting the case to the Loei Provincial Prosecutor. If convicted, Jamon Sonpednarin faces up to five years’ imprisonment and/or a fine of up to 10,000 Thai Baht (US $285).

On February 3, 2016, the Loei Provincial Court issued an arrest warrant against Jamon under sections 83, 362, and 365 of the Thai Criminal Code for allegedly “disturbing the possession” of—or trespassing on—the site of an open-pit gold mine previously managed by the controversial mining company Tungkum Limited.

Immigration authorities arrested Jamon on the morning of November 29, 2017 at Ban Nam Pu Ron border check-point in Kanchanaburi Province and transferred him into the custody of the Wang Sa Phung District Police on November 30. The police later released Jamon on bail on December 1, 2017.

Jamon Sonpednarin told Fortify Rights that prior to his arrest he was not aware that the authorities were investigating him with respect to any crime, and he did not receive a police summons.

The authorities are investigating Jamon’s alleged involvement in erecting green flags and using lime powder to write “Close the Mine and Rehabilitate” on the ground surrounding the open-pit mine on May 14, 2015.

On November 25, 2016, the Loei Provincial Court acquitted two environmental defenders—Surapun Rujichaiyavat and Pornthip Hongchai—for their alleged involvement in the 2015 protest. In a decision that is final, the Court found the two activists not guilty due to insufficient evidence that the mining company possessed the land at the time of the incident.

“Protest rights, including the right to free expression and assembly, are protected under international law,” said Amy Smith Executive Director of Fortify Rights. “The complaint against Jamon is unwarranted, and the authorities should close the case without delay.”

Arrest and detention are unlawful when individuals are arrested and detained for exercising rights protected under international law. The rights to freedom of expression and peaceful assembly are protected under Articles 19 and 21 of the International Covenant on Civil and Political Rights (ICCPR), to which Thailand is a state party. During the second periodic review of Thailand’s compliance with the ICCPR in March 2017, the Human Rights Committee raised concern about “criminal proceedings, especially criminal defamation charges, brought against human rights defenders, activists, journalists…,” and urged Thailand to “… guarantee the enjoyment of freedom of opinion and expression in all their forms.”

On November 21, 2017, Thai Government Spokesman Major General Sansern Kaewkamnerd announced that the government adopted “human rights” as a priority for its 2018-2019 agenda and is committed to raising human rights awareness in public, monitoring human rights situations, and reducing human rights violations in the country.

Fortify Rights and CRC call on the Thai government to drop all unwarranted complaints and charges against journalists, human rights defenders, and other critics.

“Thai authorities should demonstrate their commitment to human rights through action, not just promises,” said Sor Rattanamanee Polkla, a lawyer and co-founder of CRC. “They should immediately and unconditionally drop the complaint against Jamon. That would be a good start.”