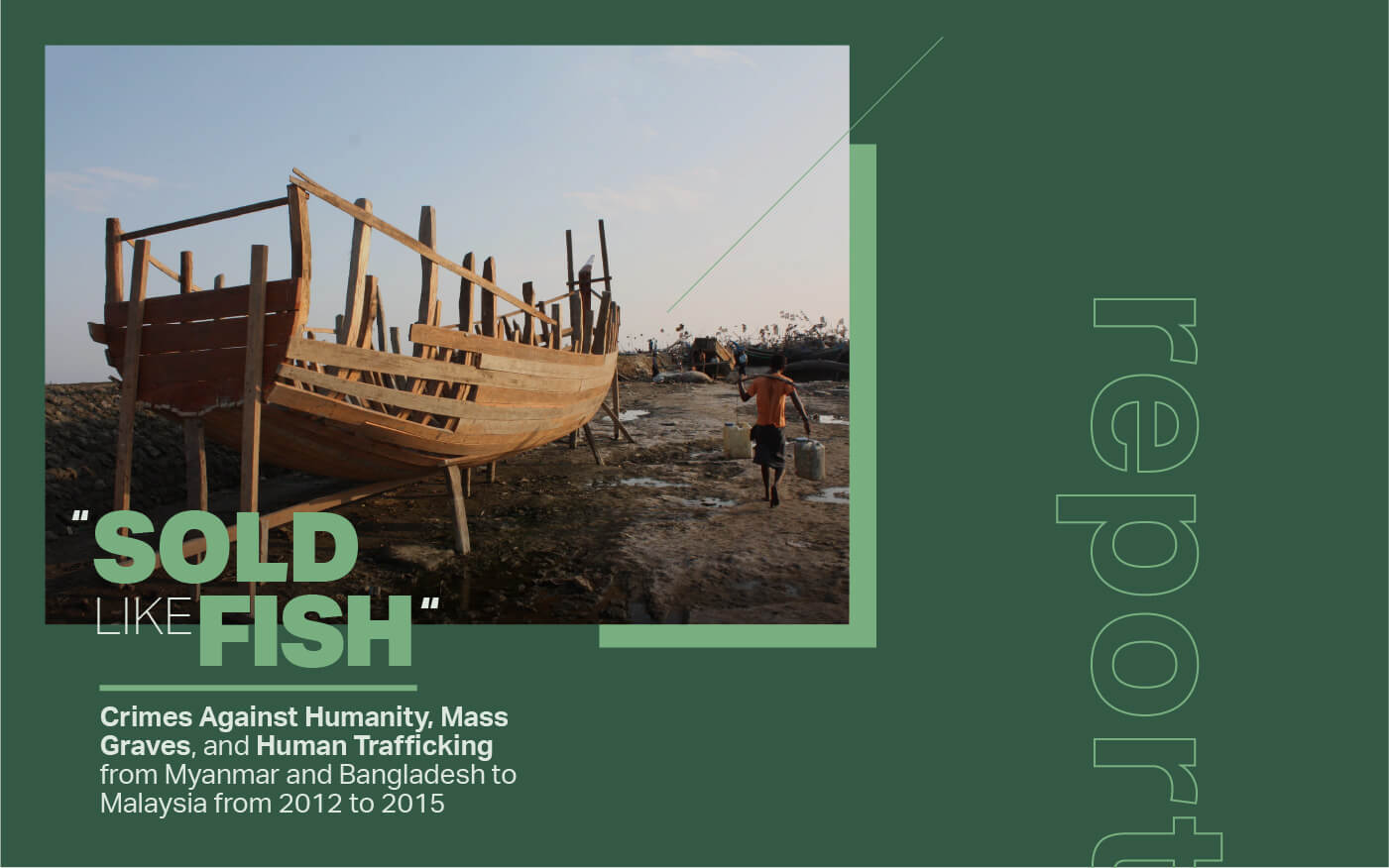 Crimes Against Humanity, Mass Graves, and Human Trafficking from Myanmar and Bangladesh to Malaysia from 2012 to 2015

From 2012 to 2015, more than 170,000 Rohingya Muslims and Bangladeshis fled Myanmar and Bangladesh by sea, boarding ships bound for Thailand and Malaysia. Preying largely on the desperation of Rohingya to escape persecution in Myanmar, traffickers lured men, women, and children onto ships with promises of safety and security in Malaysia. Instead of finding safety and security, traffickers held people captive in deplorable conditions on human-trafficking ships at sea and in human-trafficking camps on the Malaysia-Thailand border. Traffickers gave their captives three options: buy their release, be sold into further exploitation, or die.

In May 2015, Thailand and then Malaysian authorities discovered mass graves in remote camps along the countries’ shared border, exhuming scores of remains believed to be victims of human trafficking.

“Sold Like Fish” is based on a multi-year investigation by the Human Rights Commission of Malaysia (SUHAKAM) and Fortify Rights. It sheds new light on the mass human trafficking from Myanmar and Bangladesh to Thailand and Malaysia from 2012 to 2015.

The report is intended to support the work of the newly-established Royal Commission of Inquiry into mass graves at Wang Kelian, Perlis State in Malaysia as well as the Government of Malaysia in their respective efforts to establish the truth and hold perpetrators accountable. It provides detailed information that may be used to finally ensure justice and accountability for crimes perpetrated against the untold numbers of trafficking victims and survivors.