Mass atrocities and human trafficking: Rohingya Muslims on the move 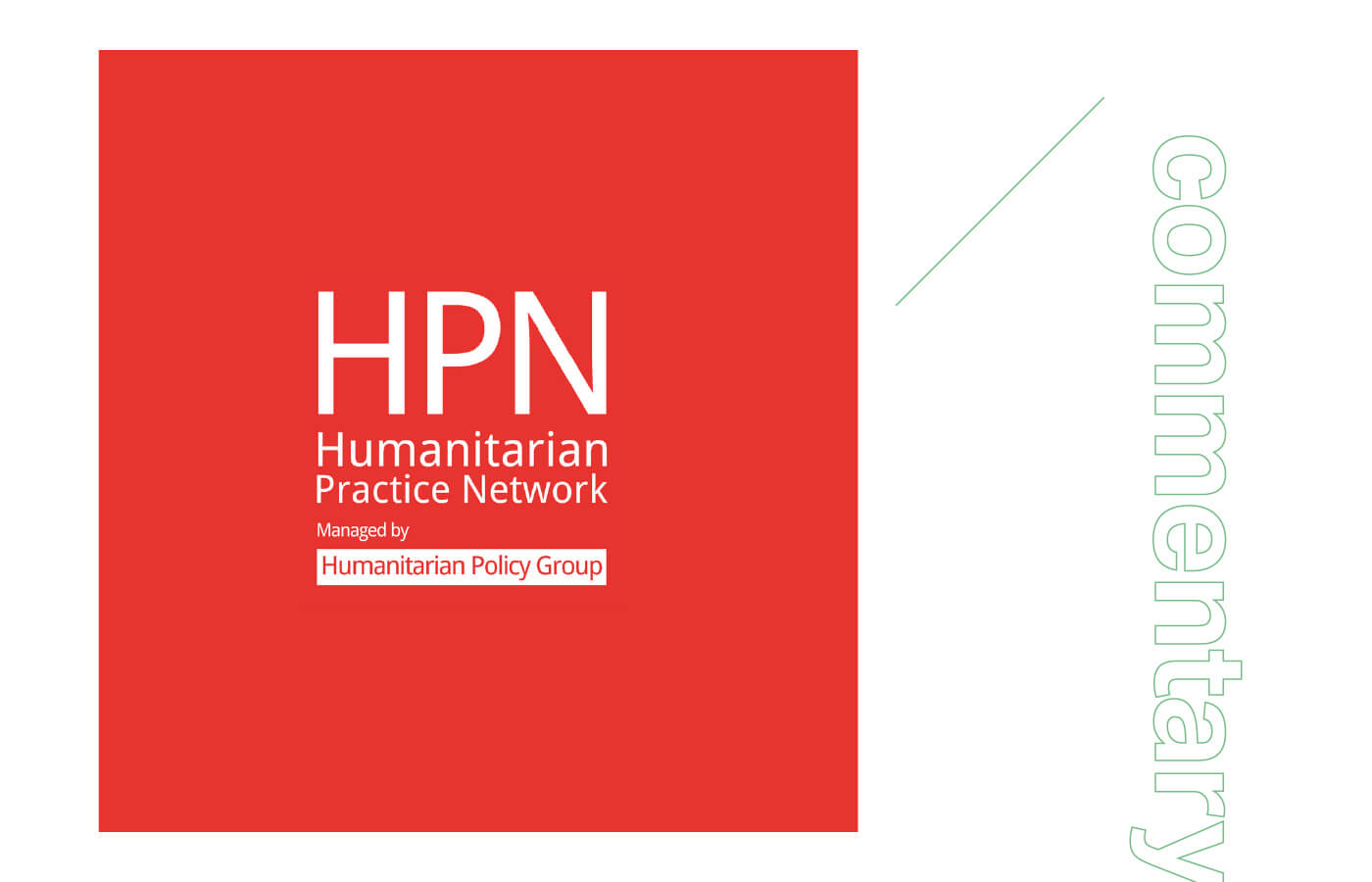 ‘Noor’ is a 16-year-old Rohingya Muslim from Myanmar. In February 2018, following attacks on her village by Myanmar security forces the previous August, she boarded a boat for Malaysia. ‘My village was destroyed,’ she told Fortify Rights. ‘The houses were burned down … My house was also destroyed … A lot of people were killed in my village.’ Noor took the risky journey to Malaysia to escape crimes in Myanmar that may amount to genocide, and to marry a man she had never met in the hope of a better life. Her experience is sadly common among the Rohingya. For generations, the Myanmar authorities have targeted Rohingya with violence and repressive policies, forcing hundreds of thousands to flee, first to Bangladesh and then elsewhere in South and Southeast Asia. Many are forced into the hands of human traffickers: between 2012 and 2015, Fortify Rights documented the mass trafficking of Rohingya from Myanmar and Bangladesh to Malaysia via Thailand. Without legal status in the countries of arrival, Rohingya are also subject to arrest, detention, abuse and exploitation.

Bangladesh is often the initial destination for Rohingya fleeing Myanmar. Before the latest round of attacks, refugee camps in Bangladesh provided shelter for up to half a million Rohingya, some of whom have eked out a living in the camps for more than 20 years. Rohingya in Bangladesh lack legal status and fundamental rights, including the right to freedom of movement. Despite discussions between Bangladesh and Myanmar about potential ‘repatriation’ programmes, any return without guarantees of rights and protections would be at best premature, and at worse coercive or forced. Rohingya refugees tell us they are adamantly against returning to Myanmar without protection, citizenship and accountability for the military’s crimes. “If we go back without being recognised as citizens, there will not be any peace for us,” said one Rohingya man in Kutupalong refugee camp. “They will persecute us more than before.”

Desperation for a more secure future is mounting among Rohingya survivors in Bangladesh, and the movement to other destinations in South and Southeast Asia has already begun. In February and May 2018, we met 16 Rohingya refugees in Thailand and Malaysia who had recently fled Myanmar. Many of these refugees are survivors of human trafficking. ‘Ismail’ told us that he and three other Rohingya had travelled for 53 days from Rakhine State in Myanmar to join relatives in Malaysia. ‘The situation at home was very bad,’ he told us. “I saw with my own eyes soldiers kill villagers. I saw them dig a hole to put the dead bodies. My house was okay, but the soldiers burned down my neighbour’s house. I could not go outside to buy food.” Ismail and the other Rohingya with him paid a broker to guide them along a complicated land route through Bangladesh and India and into Chin State in Myanmar, and then on to Mandalay, Yangon and eventually across the Thai border. He and other survivors described how armed men held them in a cage, confined them to apartments and houses, beat them and demanded a series of payments to continue the journey to Malaysia:

“We were put in a chicken cage when we arrived at Chittagong [in Bangladesh]. There were some chickens in the cage and they locked the cage from the outside. We did not receive food. We were there for one day from 8pm to 7am the next morning. They detained us in order to call for money. They called for 2.2 million Myanmar Kyat [about $1,500] from each person.”

The traffickers caged Ismail again and demanded further payment in India. “They put us in a pig cage for three days. Only men were in the pig cage. Women were in another place. While we were in the cage, [the trafficker] called for money again.”

‘Ali’, an 18-year-old Rohingya man, took a similar route. He explained how his group avoided the Myanmar authorities while travelling to Yangon. “We did not encounter military officers when we were walking along in the forest,” he told us. “We faced checkpoints but had no problem because the agent already paid the officials. I saw the agent pay the money. We would have been arrested for sure if the agent did not pay money.” Fortify Rights interview, Nakhon Si Thammarat Province, Thailand, 5 February 2018. Ali explained how traffickers held him and others in a small, locked room in Yangon, demanding additional payment. He recalled:

“I was not able to go outside. I did not know which part of Yangon [I was in]. In the apartment, they locked me in from the outside. I was there for about three months. At first there were seven of us, then five of them left within five days. Then there were only two of us left behind [The trafficker] told me I couldn’t go out if I had no money. She told me I needed to pay for the travel from Rakhine to Yangon, 1.4 million Myanmar Kyat [approximately $950].”

Ali gained his release by handing over the deeds to his family’s land, which the military had destroyed. ‘We can’t go back to that place,’ he said. ‘If we went back, we will be killed.’ Ali and Ismail travelled with five other Rohingya to the Thai border, where they were stopped, identified as survivors of trafficking and placed in a government-run shelter. This is standard practice by the Thai authorities: Rohingya refugees entering Thailand by land are arrested and subject to multi-agency screening to assess whether they are survivors of trafficking. Rohingya found to have been trafficked are transferred to a shelter operated by the Ministry of Social Development and Human Security (MSDHS) or an Immigration Detention Center (IDC) run by the Immigration Bureau. At the time of writing, 26 Rohingya were being held in IDCs, and around 50 were confined in shelters. Fortify Rights has documented abusive and inhumane conditions in IDCs, including police abuse, lack of healthcare and overcrowding. In 2017, a 16-year-old Rohingya refugee who had spent three years confined to IDCs and government-run shelters died in the custody of the Thai authorities.

Rohingya refugees arriving in Thailand by boat are subject to a push-back policy, whereby the authorities intercept boats and force them back out to sea. This is a form of refoulement, and as such violates international law. Unknown numbers of refugees have died at sea under this policy. In April 2018, a boat carrying 56 Rohingya refugee men, women and children landed on the island of Koh Lanta in Thailand’s Krabi Province following a heavy storm. The refugees, from Thea Chaung village in Sittwe Township, had begun their journey in late March, and had spent more than seven days at sea. After providing the refugees with food and water, the Thai authorities sent the boat back out to sea.

Many Rohingya are well aware of the risks involved in their journey from Myanmar or Bangladesh, particularly when relying on agents who may be traffickers, or who may be colluding with them. ‘Sufiah’ is a 37-year-old Rohingya woman from Sittwe Township. In March 2018, she told us how traffickers had brought her brother-in-law to a camp along the Thailand–Malaysia border in 2015 and demanded money from her and her husband for his release:

Despite this, Sufiah recently paid 2,000 Malaysian Ringgit (about $640) for agents to bring her sister-in-law from Rakhine State to Malaysia by boat. “We are worried,’ she told us. ‘We are worried the military in Myanmar will shoot them.”

The actions of the Myanmar military and government are at the root of the Rohingya crisis in South and Southeast Asia. The military are responsible for crimes against humanity and genocide against the Rohingya, and must be held to account for their crimes. Meanwhile, the Myanmar government continues to deny credible allegations of mass atrocities; continues to deny access to Rakhine State to human rights monitors, UN investigators and journalists; and refuses to address the roots of the crisis, including the 1982 Citizenship Law, which is used to render Rohingya stateless. Long-standing impunity for violations has emboldened the Myanmar military in perpetrating its campaign to drive Rohingya from the country, and continued impunity will only encourage further attacks. “I want to go back,” Noor told Fortify Rights. “Myanmar is my country. I would like to go back if the country is safe … But it is not safe to go back at the moment … People are in hiding.”

Fortify Rights, Rohingya advocates and other human rights organisations are calling on the UN Security Council to urgently refer the situation in Myanmar to the International Criminal Court. Fortify Rights is also calling on the government of Malaysia to investigate and prosecute traffickers and complicit officials responsible for the mass trafficking of Rohingya between 2012 and 2015. The cycle of violence, displacement and exploitation against the Rohingya will continue until impunity ends, root causes are addressed and rights are assured. Until then, there is a very real danger that the tragic history of the Rohingya in Myanmar will continue to repeat itself.

This article was originally published in Humanitarian Exchange Magazine here.