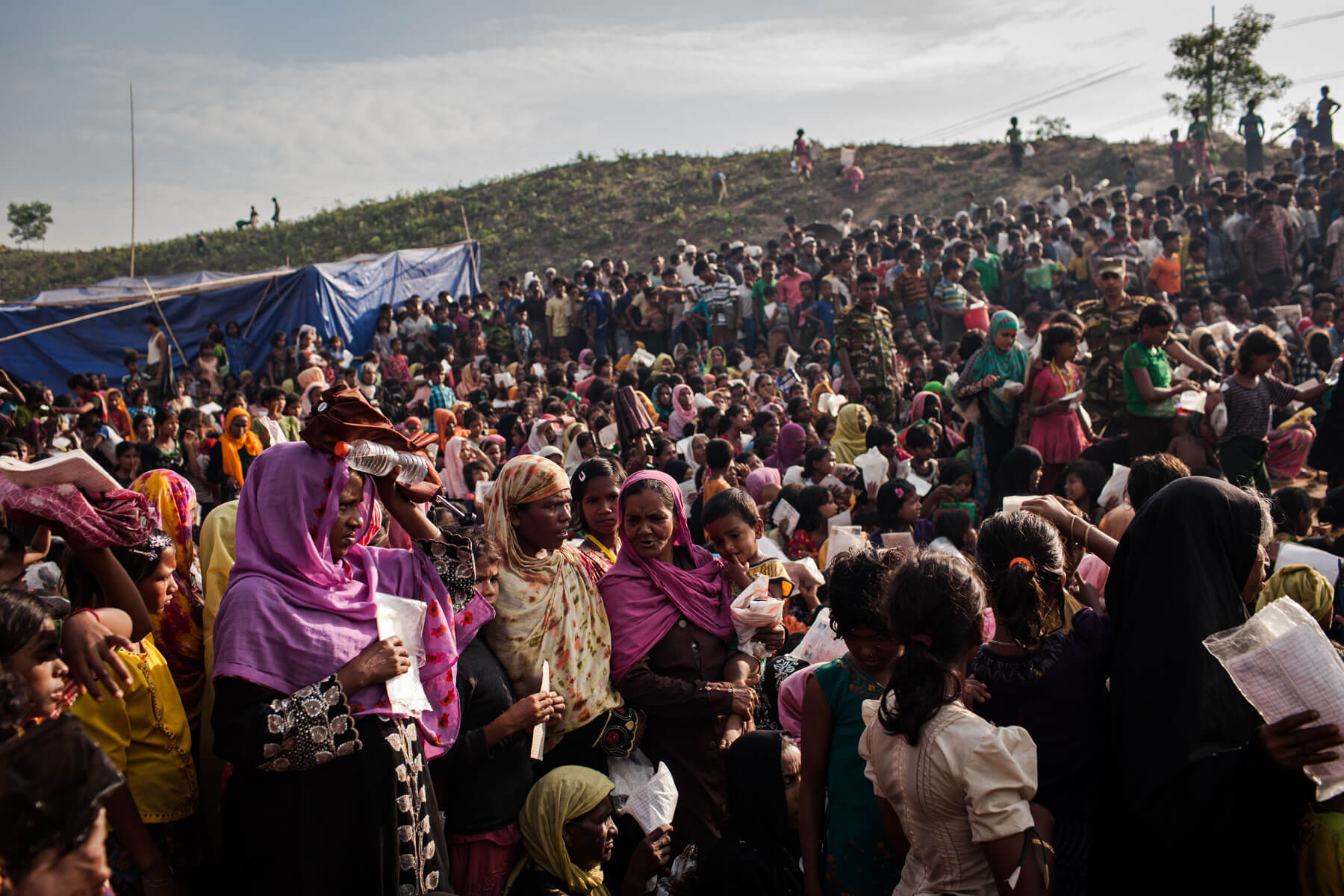 “India should urgently protect Rohingya genocide survivors seeking safety and not force them out of the country,” said Matthew Smith, Chief Executive Officer at Fortify Rights. “Refugees should never be imprisoned based on their status as refugees. Prime Minister Modi’s government should immediately release detained refugees, provide the U.N. access to them, and protect all survivors of atrocities.”

Fortify Rights interviewed six Rohingya refugees—including two women—who fled from India to Bangladesh. All six are recognized as refugees by the United Nations High Commissioner for Refugees (UNHCR) in India. Indian authorities threatened to return them to Myanmar and beat one of them.

“Living in India is not safe anymore,” one Rohingya refugee man, 39, recently forced out of India told Fortify Rights. He arrived in Bangladesh from India on January 15 and is now staying at a refugee transit center for new arrivals in Kutupalong refugee camp in Cox’s Bazar. He explained the situation in India, saying:

Indian border security forces reportedly forced 31 Rohingya refugees towards Bangladesh this week. According to Reuters, the Bangladesh authorities blocked the group from entering Bangladesh, trapping them on the India-Bangladesh border in a “no man’s land” area near the Bangladesh District of Brahmanbaria. Indian authorities subsequently arrested them, and the refugees are now reportedly being held in Indian custody in Tripura State.

“We have arrested them under the Foreigners Act on charges of entering India without valid travel documents,” Ajay Kumar Das, an Indian police official in the northeast state of Tripura told Reuters.

More than 1,300 Rohingya Muslim refugees crossed into Bangladesh from India since May 2018, according to Bangladesh’s Refugee Relief and Repatriation Commissioner Abul Kalam. However, the numbers are believed to be much higher.

According to the Government of India, there are an estimated 40,000 Rohingya refugees living in scattered settlements throughout India, largely in the states of Jammu and Kashmir, Telangana, Haryana, Uttar Pradesh, Delhi, and Rajasthan. There are an estimated 18,000 Rohingya refugees registered with UNHCR in India. Many Rohingya in India escaped mass atrocities committed in Myanmar in 2012, 2016, and 2017.

On October 1, 2018, the Indian government ordered state level officials to collect biometric data from Rohingya. This process is believed to be part of a government plan to identify and deport all Rohingya from India, raising fear among Rohingya refugees that the Indian authorities will refoule or forcibly return them to Myanmar where they face persecution.

“As far as we are concerned, they are all illegal immigrants,” Indian official Kiren Rijiju said in 2017, according to Reuters.“They have no basis to live here. Anybody who is illegal migrant will be deported.”

Earlier this month, Indian authorities reportedly refouled a Rohingya family of five to Myanmar and, in October 2018, forcibly deported seven Rohingya refugees to Myanmar’s northern Rakhine State, where they may face persecution.

Fortify Rights spoke to a 28-year-old Rohingya refugee woman who fled to Bangladesh in late 2018 after Indian Army soldiers arrived to a village in the state of Jammu and Kashmir where she and her family had lived during the past four years. She told Fortify Rights:

Fearing threats in India of being returned to Myanmar, she fled with her family to Bangladesh November 12, 2018, explaining: “The Myanmar military killed some of my relatives in Tuli Toli village [in Maungdaw Township]. I can’t go back. That is the main reason we came to Bangladesh—for safety. India is now trying to send us back [to Myanmar].”

Article 3 of the U.N. Convention against Torture and Other Cruel, Inhuman or Degrading Treatment or Punishment, to which India is a party, states: “No State Party shall expel, return (‘refoule’) or extradite a person to another State where there are substantial grounds for believing that he [or she] would be in danger of being subjected to torture.”

The U.N. Special Rapporteur on contemporary forms of racism, racial discrimination, xenophobia and related intolerance E. Tendayi Achiume in October 2018 called on the Indian government to uphold the principle of non-refoulement, saying, “We urge the Government of India to abide by the international norm of non-refoulement and protect the rights of asylum seekers and refugees including Rohingyas,”

U.N. experts have found that conditions are not conducive for Rohingya to return to Myanmar. For example, on October 24, 2018, the U.N. Fact Finding Mission Chair Marzuki Darusman warned that the hundreds of thousands of Rohingya who remain in Myanmar still face “an ongoing genocide.” Darusman and his team said the elements of genocide “continue to hold” for Rohingya in Myanmar’s northern Rakhine State. In November 2018, U.N. Special Rapporteur Yanghee Lee also called on Bangladesh to shelve repatriation plans due to a failure by the Myanmar authorities to guarantee respect for the rights of returning Rohingya.

“India and Bangladesh have responsibilities to protect Rohingya refugees until they can safely return to Myanmar,” said Matthew Smith. “Safe returns are inextricably linked to legal accountability for perpetrators of mass atrocities in Myanmar. India should join Bangladesh in working with other U.N. member states to ensure criminal prosecutions for atrocities committed against Rohingya in Myanmar.”