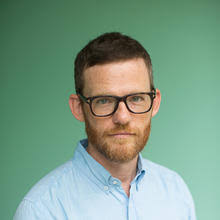 Matthew Smith is a co-founder and Chief Executive Officer of Fortify Rights. Matthew previously worked with Human Rights Watch, EarthRights International, Kerry Kennedy of Robert F. Kennedy Human Rights, and as a community organizer and emergencies social worker in the United States. In 2019, he received a Fellowship at the Carr Center for Human Rights Policy at the Kennedy School of Government at Harvard University and he was a 2014 Echoing Green Global Fellow. Matthew’s work has exposed genocide, war crimes, crimes against humanity, multi-billion-dollar corruption, and other human rights violations. He has written for the New York Times, the Washington Post, the Wall Street Journal, TIME, the Guardian, and other outlets.

He has an M.A. in Human Rights and Religion from Columbia University and a B.A. in Political Science from Le Moyne College in the U.S.