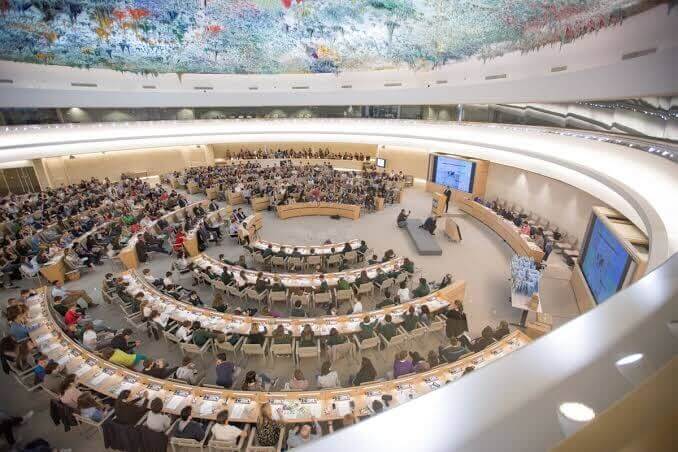 (GENEVA, June 16, 2022)—On June 16, 2022, the U.K Mission to the U.N. delivered a statement during the U.N. Human Rights Council session highlighting the continued denial of citizenship rights and other discriminatory restrictions against Rohingya in Myanmar. Specifically, the statement reads: “Myanmar’s 1982 Citizenship Law was created in such a way to exclude most Rohingya and other unrecognized groups from any form of citizenship. The process of enacting this law stripped them of their identity document, in effect, rendering them stateless and without rights.”

This statement echoed the central findings and documentation of Fortify Rights’s recently published report Genocide by Attrition on how the Myanmar junta is attempting to erase Rohingya identity, particularly through the continued implementation of the National Verification Card process. Following the report’s publication, Fortify Rights engaged members of the U.K. diplomatic community, advocating for the U.K. government to acknowledge Myanmar’s problematic law and continuing crimes of genocide committed against Rohingya by the junta.