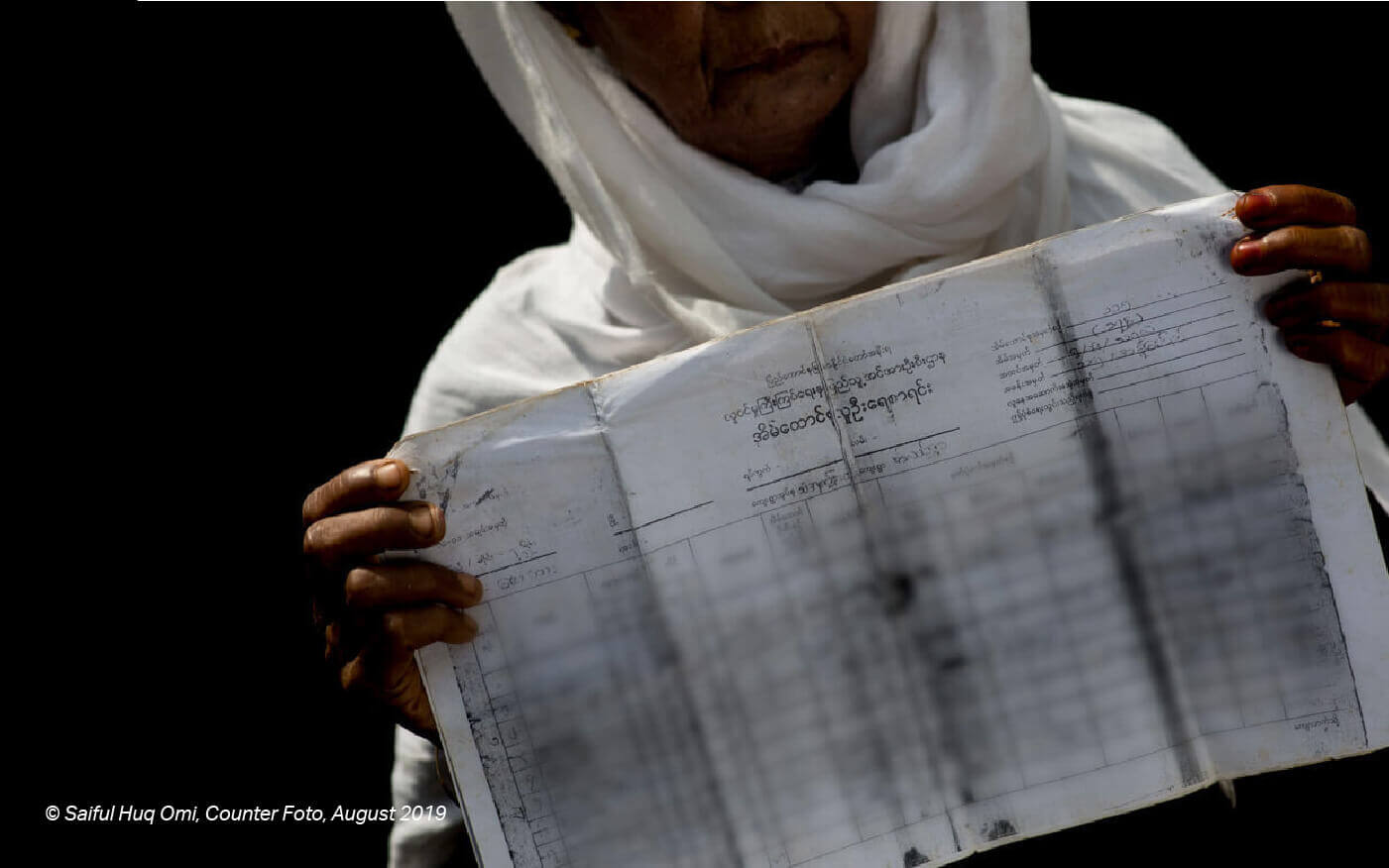 (Myanmar, June 2021)—On June 3, the National Unity Government (NUG) of Myanmar issued a new “Policy Position on the Rohingya in Rakhine State,” acknowledging the rights of Rohingya people and atrocity crimes they faced in Myanmar. The statement represents a monumental shift from the persecution of the Rohingya by the military junta as well as previous governments, which routinely denied the existence of the Rohingya as well as evidence of mass atrocity crimes they suffered.

In the statement, the NUG not only pledged to ensure justice and accountability for crimes against Rohingya in Myanmar, but it also committed to abolishing the National Verification Card (NVC) process and ensuring citizenship rights–recommendations included in Fortify Rights’s 2019 report “Tools of Genocide”: National Verification Cards and the Denial of Citizenship of Rohingya Muslims in Myanmar.”

Since the beginning of the coup, Fortify Rights has actively engaged key members of the Committee Representing Pyidaungsu Hluttaw (CRPH) and the NUG on Rohingya citizenship and the NVC process, including Vice President Duwa Lashi La, Minister of International Cooperation Dr. Sasa, and Minister of Women, Youths and Children Affairs Susanna Hla Hla Soe.

In a news release published on June 3, Fortify Rights welcomed the new policy and further called for the NUG to appoint an ethnic-Rohingya representative to help implement the new policy. The CRPH created the NUG on April 16 without the involvement of Rohingya people, and it did not appoint any Rohingya to ministerial positions, leading to criticism, including from the Rohingya community.