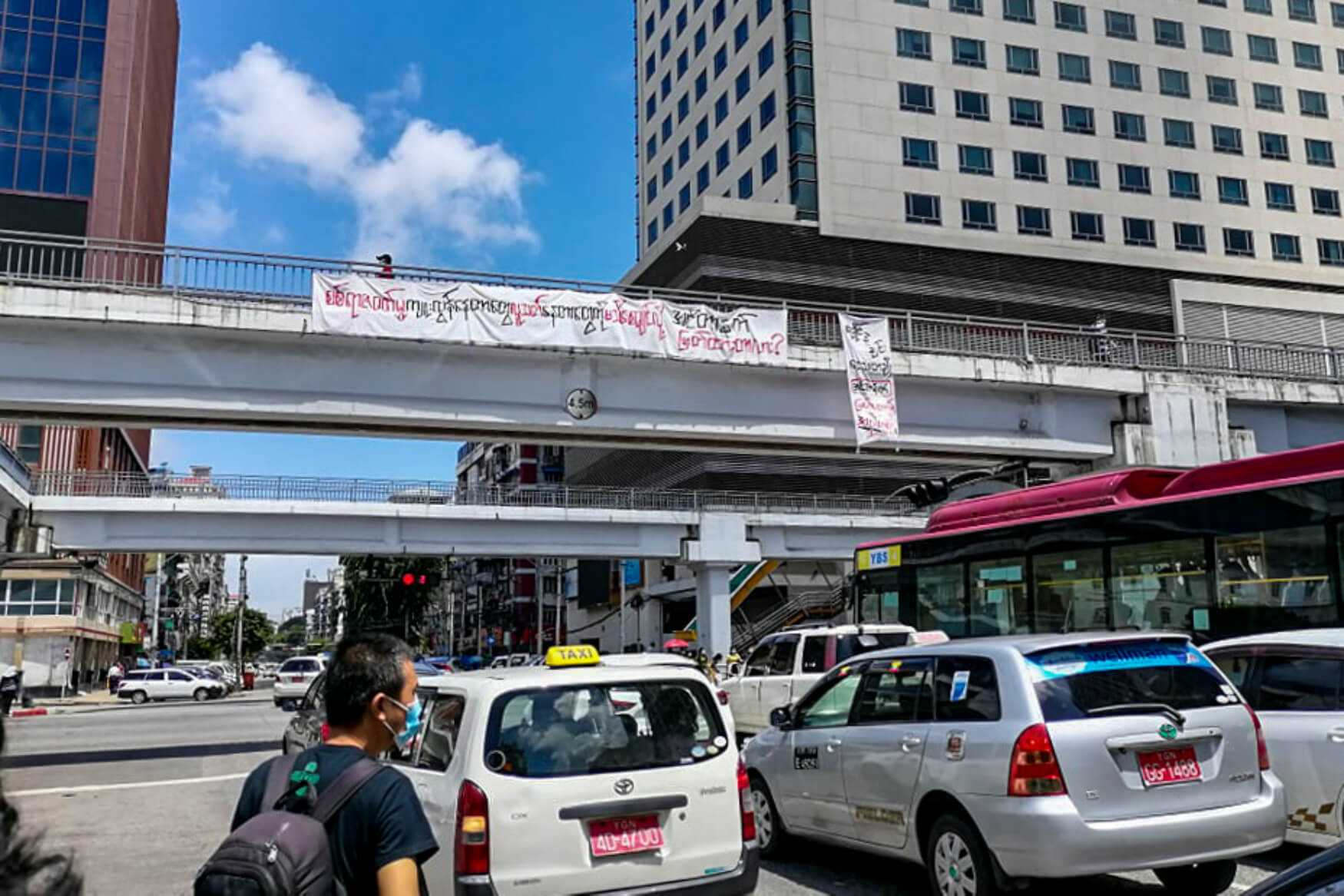 (YANGON, February 2021)—On February 12, the U.N. Human Rights Council conducted a special session focusing on the human rights implications of the crisis in Myanmar following the February 1 military takeover. In his public remarks at this meeting, the U.N. Special Rapporteur on the situation of human rights in Myanmar, Thomas Andrews, stated: “Barring concrete steps from the Security Council, the General Assembly can convene an Emergency Special Session. During past emergency special sessions, the General Assembly has recommended actions ranging from ceasefires to arms embargoes to trade sanctions.”

This recommendation echoes recommendations made by Fortify Rights CEO Matthew Smith in his op-ed on February 11 in The Washington Post entitled “How to Dodge the Chinese Veto on Myanmar.” In the op-ed, Smith argues that the U.N. Security Council’s inaction on human rights abuses in Myanmar since, and prior to, the February 1 coup d’état can and should be circumvented through the convening of an Emergency Special Session (ESS) of the U.N. General Assembly. An ESS is a special mechanism designed to circumvent stalemates at the Security Council caused by member states wielding their veto power to protect their allies. An ESS can be convened by nine U.N. Security Council members or by a majority vote 11 of U.N. member states. Although not a panacea, an ESS could help to unite nations in international condemnation and action against the ongoing abuses in Myanmar.

Prior to the session of the Human Rights Council, Fortify Rights discussed the inclusion of this recommendation with the Special Rapporteur and his team and other senior U.N. officials.