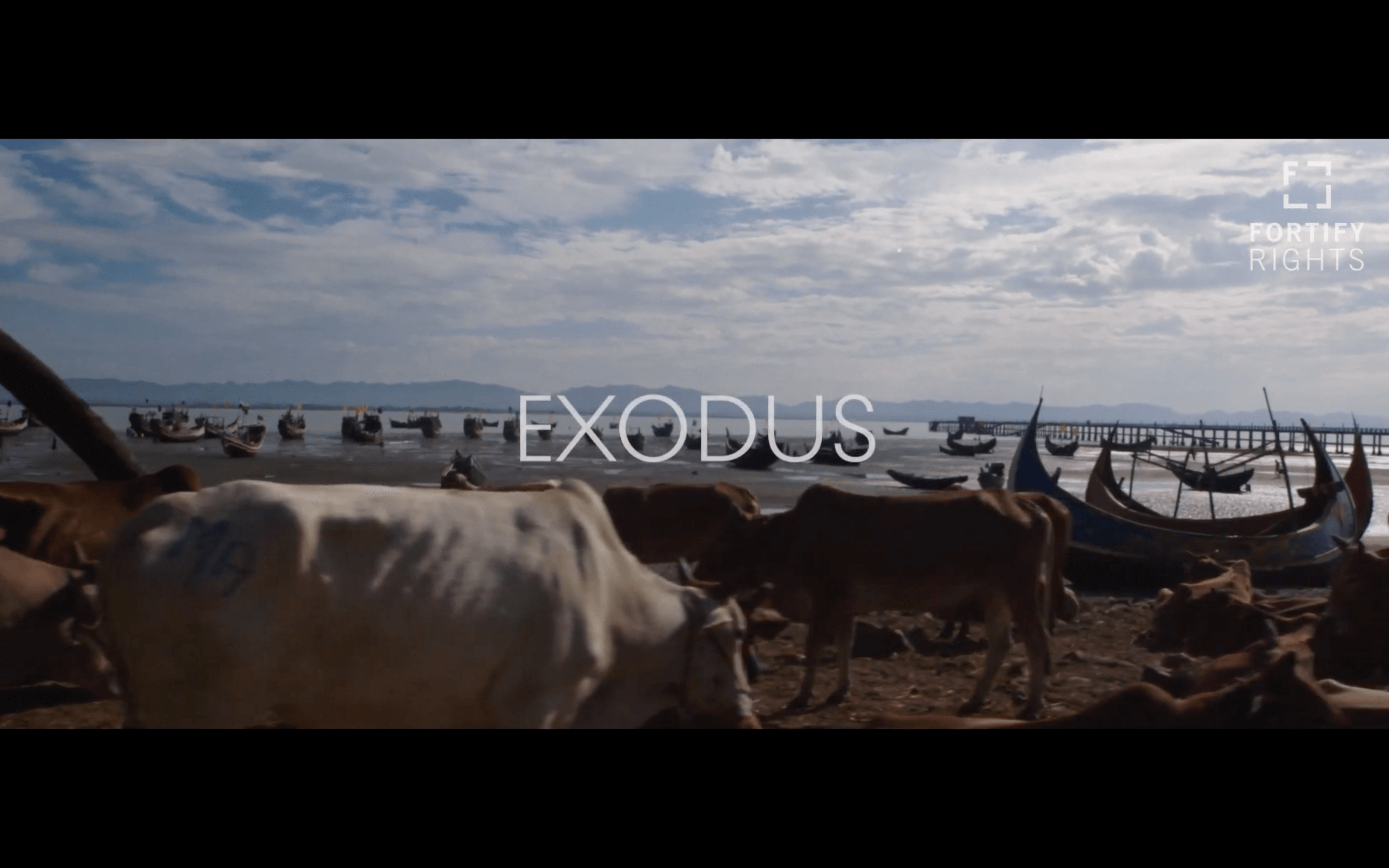 (GLASGOW, May 11, 2022)—On May 11, 2022, as part of an international educational program hosted by the University of Glasgow, UNESCO included a 23-minute short-documentary “EXODUS” produced by Fortify Rights and Doha Debates about the genocide of the Rohingya into its “Refugee Integration Through Languages and the Arts” course on May 11. The program included a public screening of the film followed by a panel discussion. The three-day UNESCO “Spring School” focuses on the resilience of refugees and migrants living in protracted contexts and facing linguistic and cultural destruction.

EXODUS delves into the lives of three young Rohingya refugee photographers from Myanmar living in one of the world’s largest refugee camps. The film follows the stories of Fortify Rights and Doha Debates supported Rohingya Media Fellows: Omal Khair, Dil Kayas, and Azimul Hasson, three survivors of genocide forced from their homes in Rakhine State during Myanmar-military-led clearance operations of 2017. The film was released on August 25, the anniversary of the onset of genocidal attacks in Myanmar that forced more than 700,000 Rohingya into Bangladesh.