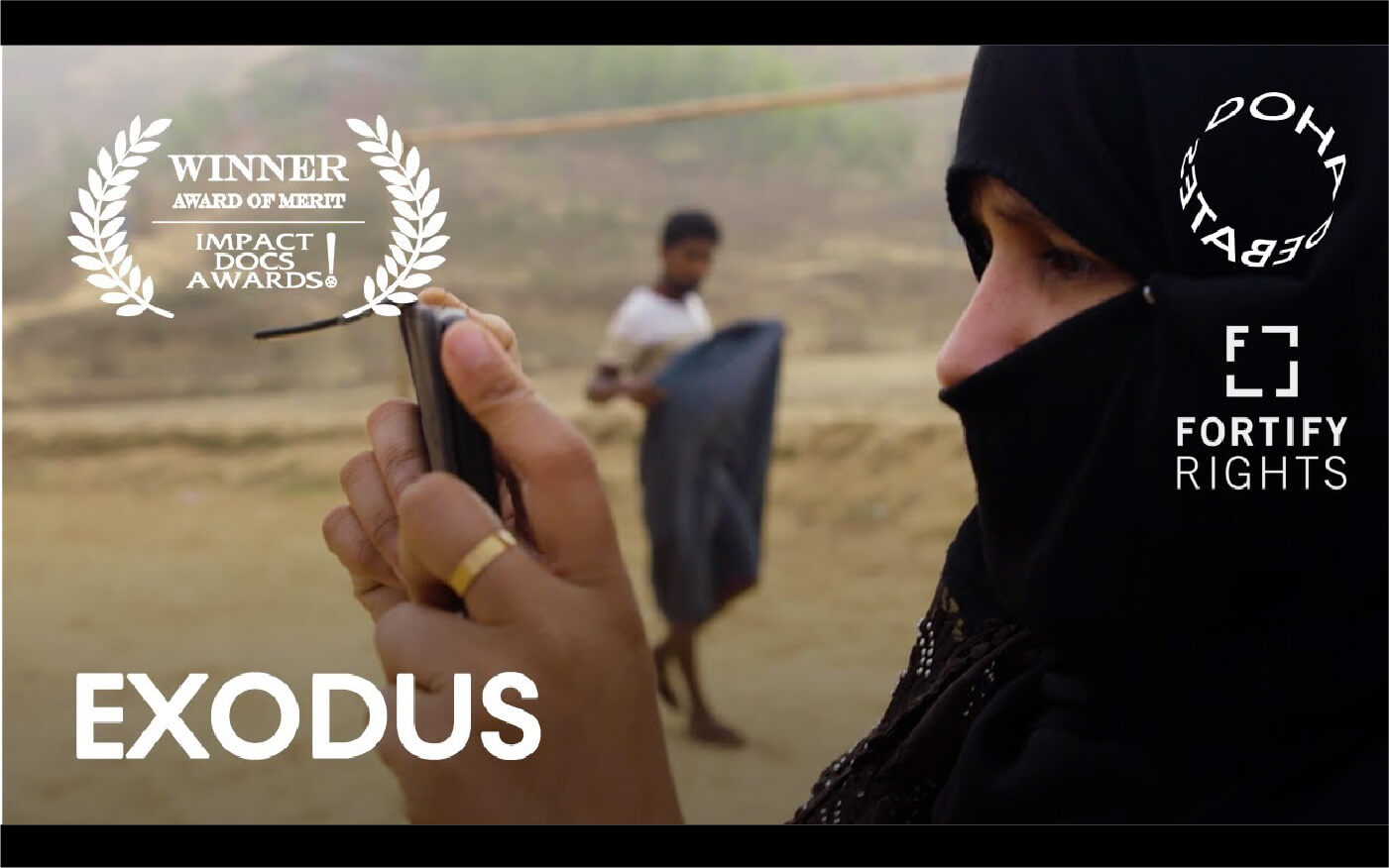 “Exodus” delves into the lives of three young Rohingya refugee photographers from Myanmar living in one of the world’s largest refugee camps. The film follows the stories of Rohingya Media Fellows: Omal Khair, Dil Kayas, and Azimul Hasson, three survivors of genocide forced from their homes in Rakhine State during Myanmar-military-led clearance operations of 2017. The film was released on August 25, 2021, the anniversary of the onset of genocidal attacks in Myanmar that forced more than 700,000 Rohingya into Bangladesh.

The Rohingya Media Fellows project is a joint initiative of Fortify Rights and Doha Debates to develop the skills and promote the work of aspiring Rohingya refugee photographers. Follow the media fellows on Instagram at @dilkayas, @omalkha, and @azimulhass.