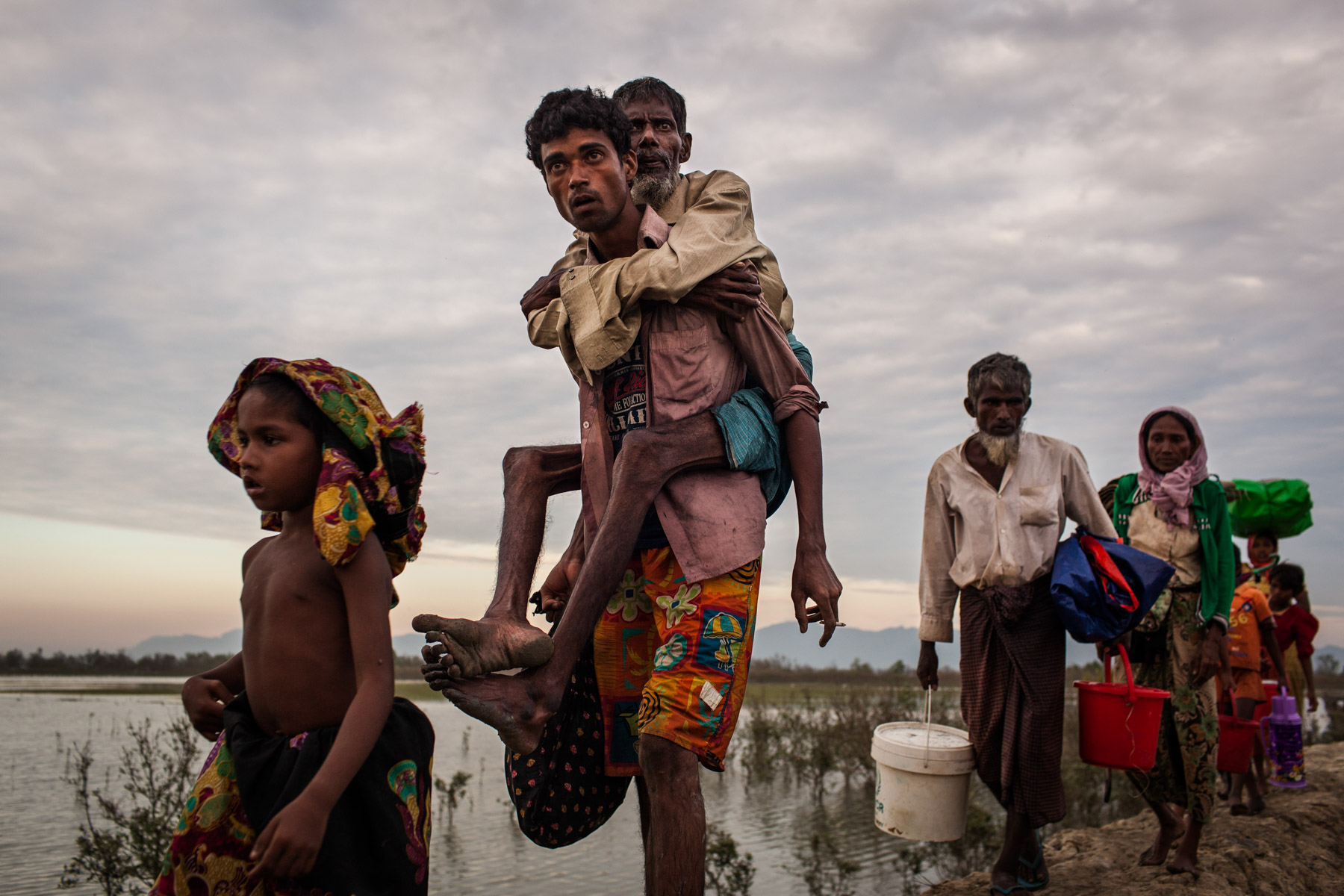 23 Rohingya groups worldwide call on the U.S. government to push for international accountability for genocide

“Impunity for genocide is unthinkable,” said Tun Khin, President of the Burmese Rohingya Organization U.K. “We fully expect the U.S. government to get on the right side of history, declare the crimes as genocide, and ensure international accountability with other like-minded governments.”

The statement follows the passage of Resolution 1091 by the U.S. House of Representatives on December 11, indicating that the Myanmar military’s crimes against the Rohingya since August 2017 constitute genocide and urging U.S. Secretary of State Mike Pompeo to make a formal genocide determination.

The resolution calls for the release of Reuters journalists Wa Lone and Kyaw Soe Oo, who were sentenced to seven years’ imprisonment in an apparent response to their investigation of a military-led massacre of Rohingya in Rakhine State. The resolution calls for “all those responsible for these crimes against humanity and genocide [to] be tracked, sanctioned, arrested, prosecuted, and punished under applicable international criminal statutes and conventions.”

On December 3, the U.S. Holocaust Memorial Museum and Public International Law and Policy Group (PILPG) also concluded that the Myanmar military committed genocide against Rohingya civilians. In reaching its conclusion that “compelling evidence” of genocide existed, the U.S. Holocaust Memorial Museum cited joint research conducted with Fortify Rights published in November 2017 as well as the U.N. Fact-Finding Mission report and U.S. State Department report published in September 2018. The international law firm PILPG, which was hired by the U.S. State Department to investigate the August 25, 2017 military “clearance operations” on the Rohingya in Myanmar, said it found evidence of genocide based on interviews with 1,024 Rohingya refugees in Bangladesh.

“Inaction is not an option,” said Matthew Smith, Chief Executive Officer at Fortify Rights. “Governments on the Security Council should act fast to activate any and all options for accountability. Rohingya in Myanmar, Bangladesh, and worldwide have been at the forefront documenting the atrocities and calling for justice for their community, and their voices should be heard.”

On October 24, U.N. Fact Finding Mission Chair Marzuki Darusman warned that the hundreds of thousands of Rohingya who remain in Myanmar still face “an ongoing genocide.” Mr. Darusman and his team said the elements of genocide “continue to hold” for Rohingya in Myanmar’s northern Rakhine State. There are currently more than one million Rohingya refugees from Myanmar in Bangladesh. Fortify Rights confirmed that Rohingya refugees continue to cross the Myanmar-Bangladesh border in search of safety in Bangladesh.

There are an estimated 598,000 Rohingya still living in Rakhine State, many of whom are confined to their villages or internment camps and in need of humanitarian aid. The Government of Myanmar continues to deny them freedom of movement, equal access to citizenship rights and confines more than 125,000—mostly Rohingya Muslim survivors of violence in 2012—in more than 20 internment camps in five townships in Rakhine State.

The U.N. Security Council should refer the situation in Myanmar to the International Criminal Court or create a separate criminal tribunal to investigate and prosecute the full spectrum of atrocity crimes in Myanmar, including crimes in Rakhine, Kachin, and Shan states, said Fortify Rights.

“Impunity for mass atrocities is not only a stain on the world’s conscience, it’s also dangerous for other countries and communities at risk of similar attacks particularly for women and children,” said Sharifah Shakirah, founder and  director of the Rohingya Women Development Network. “We call on the U.S. and the world to take action against the Myanmar military for using rape as a weapon of genocide against Rohingya women and other ethnic women throughout the country.”

On September 18, the U.N. Fact-Finding Mission released a 444-page report calling for an international criminal tribunal to investigate and prosecute senior Myanmar military officials for genocide against Rohingya in Rakhine State as well as for crimes against humanity and war crimes in Kachin, Rakhine, and Shan states.

Ahead of the U.N. Fact-Finding Mission report, Fortify Rights published a 160-page report detailing how Myanmar authorities made “extensive and systematic preparations” for attacks against Rohingya civilians that constituted genocide and crimes against humanity, forcing more than 700,000 Rohingya refugees to Bangladesh. Myanmar Army soldiers led massacres, mass rape, and mass arson attacks on Rohingya civilians. The deliberate actions fit within the U.N.’s Framework for Analysis of Atrocity Crimes as “preparatory actions” for genocide and crimes against humanity.