Refugees Organize for the Right to Vote in Myanmar 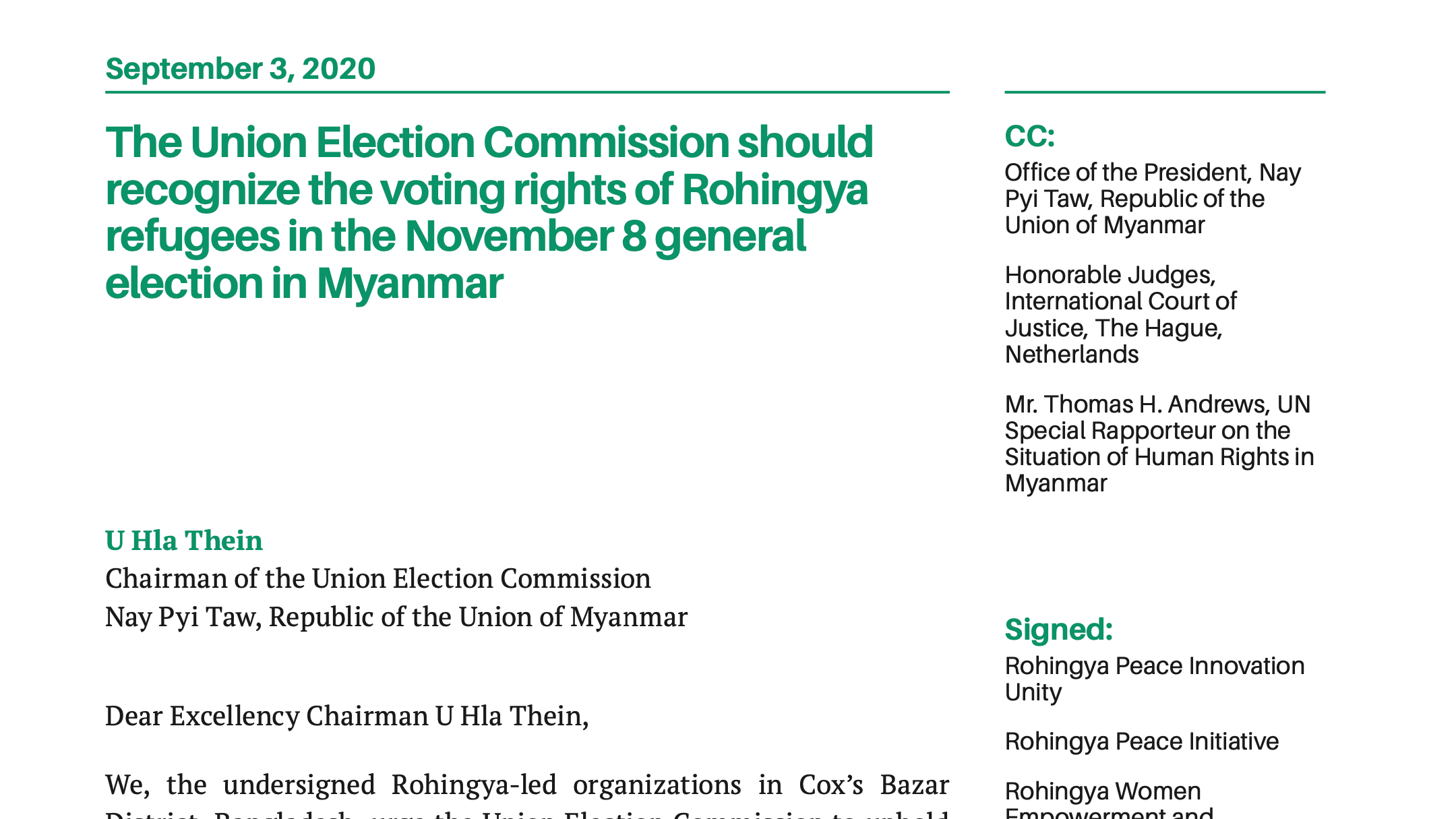 (COX’S BAZAR, September 3, 2020) – Myanmar will go to the polls on November 8, but there are indications the elections will be neither free nor fair. A group of 14 Rohingya-led refugee organizations in Cox’s Bazar District, Bangladesh published an open letter to the Union Election Commission in Myanmar, urging it to “uphold the right of Rohingya refugees to vote and participate in the 2020 general election.”

Naypyidaw has already excluded six Rohingya candidates in Myanmar from running for Parliament, and the government has made no effort to ensure the right to vote for Rohingya in Bangladesh or Myanmar.

In other contexts, governments have ensured refugees could exercise their right to vote in elections in their native countries. In 2004, for example, an estimated 850,000 Afghan refugees voted in their country’s first presidential election from camps in Pakistan and Iran and through absentee ballots.