Submission of Evidence by Fortify Rights to the U.K. Foreign Affairs Committee 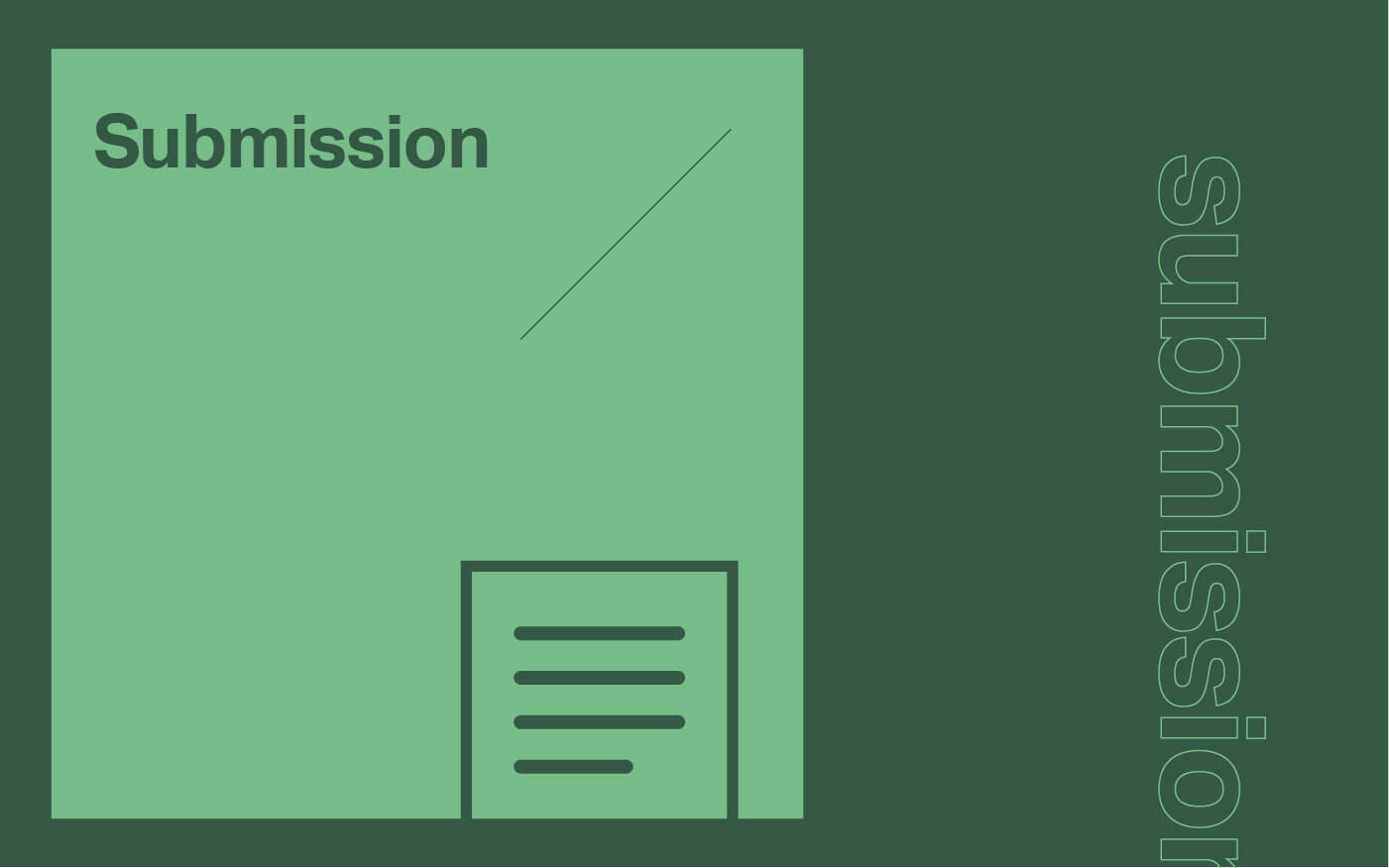 Re.: The Myanmar Crisis – Call for Evidence

Due to the grave, coordinated, and widespread human rights violations occurring in Myanmar, and in line with the Responsibility to Protect, Fortify Rights recommends the U.K. government take the following actions:

1. Introduction and reason for submitting evidence

1.1 Fortify Rights is an award-winning non-profit human rights organization based in Southeast Asia, registered in the United States of America and Switzerland, and working to ensure human rights for all.

1.2 Since the February 1 coup d’état in Myanmar, and at the time of writing, Fortify Rights has documented more than 70 in-depth testimonies from survivors and eyewitnesses to murders, arbitrary arrests, torture, and other serious crimes by the Myanmar military and police against Myanmar civilians. The documented violations appear to constitute international crimes.

2. How can the Government improve its response to the crisis in Myanmar? How can it coordinate more effectively with international allies to influence a peaceful resolution to the crisis?

2.1  Since the coup, junta-controlled security forces reportedly killed more than 800 people. In a document seen by Fortify Rights, provided by the Myanmar junta to members of the Association of Southeast Asian Nations ahead of an emergency summit on April 24, the junta claimed it detained 9,848 persons, released 4,511, and charged 5,070 between February 1 and April 15. At the time of writing, the junta carried out airstrikes against ethnic army-controlled areas, which killed and injured civilians and displaced tens of thousands, according to the U.N. refugee agency. The junta also cut internet access and mobile data nationally.

2.2  As evidenced by ongoing, nationwide protests and demonstrations, the vast majority of Myanmar rejects the junta. The people are striving for a federal, democratic union. Numerous non-state armed groups are also opposing the junta, and there is an unprecedented risk of civil war on a scale previously unseen in Myanmar. The window for action to avoid such a catastrophe is small.

2.3  The U.K. should commit to coordinated international action to deprive the junta of resources, weapons, and political legitimacy, and ensure accountability for military leaders responsible for atrocity crimes. This strategy should include support for the NUG in its pursuit of international justice and accountability.

2.4  The U.K. should publicly encourage Myanmar Army soldiers of all ranks to desert their ranks.

3. What was the impact of the February sanctions on regime officials? What further action is needed?

3.1  Despite targeted sanctions against the Myanmar military and discussions at the U.N. Security Council (UNSC) on the situation in Myanmar, the junta continues to commit atrocity crimes and other human rights violations. From February 10 to May 12, 2021, Fortify Rights documented killings, arbitrary arrests, and cases of torture and ill- treatment committed by Myanmar junta forces.

3.2  Fortify Rights welcomes U.K., U.S., and E.U. sanctions against individuals within the junta as well as two military conglomerates and the Myanmar Gems Enterprise. Such coordinated action sends a necessary signal to senior Myanmar military officials and their sponsors. There are several ways, however, that the U.K., working with international partners, can strengthen the Myanmar sanctions regime.

3.3  The U.K. should target the junta’s other major sources of revenue, including timber, pearls, and natural gas.

3.4  As an example, the joint venture company operating the Yadana gas project, led by Total S.A., reportedly pays more than £2.8 million (U.S. $4 million) per month to the junta in taxes related to the operation of the Yadana gas fields and pipeline. Total reportedly paid $229.6 million to Myanmar in 2019, including $178.6 million to MOGE and $51 million in tax. Total is collecting sizable profits, which it shares with the state- owned MOGE, from the operation of the Yadana gas pipeline to Thailand. Total has a 31.24 percent stake in the project; other partners include Chevron (28.26 percent), Thai PTTEP (25.5 percent), and MOGE (15 percent). The Moattama Gas Transportation Company (MGTC), the pipeline projects’ parent company, is domiciled in Bermuda.

3.5  The U.K. should work with relevant governments and foreign operators of Myanmar gas fields to ensure the junta is unable to access natural gas revenues from its accounts and ensure revenues are effectively held in trust until democracy is restored. The U.K. should sanction MOGE and relevant entities and investigate potential corruption and money laundering by the military in relation to these and other funds, including those held by the MGTC, which should be managed by a democratically elected Government of Myanmar. Sanctions should also target MFTB and MICB, the two state banks that have historically managed most of the foreign exchange earned by state- owned enterprises. Doing so would freeze remaining government money held outside the country in these banks until a democratic government is established.

4. What steps should the UK be taking to support justice and redress for civilians affected by the violence?

4.1  In the immediate term, the U.K. should work with Thailand, India, Malaysia, Bangladesh, and other countries to ensure they respect the rights to asylum and protection as well as the principle of non-refoulement. Thai officials recently confirmed to Fortify Rights that in May 2021 they returned at least 2,000 refugees fleeing violence and Myanmar Army-led attacks in Karen State. Fortify Rights received reports Thai authorities forced a further 5,000 refugees from Thailand to Myanmar in March and April.

4.2  In light of the coup, long-persecuted minorities, such as the Rohingya, face greater risks. Rohingya face an ongoing campaign of genocide at the hands of the Myanmar military, and conditions for a safe and dignified return of refugees from Bangladesh and elsewhere are not in place. The U.K. should reverse aid cuts to countries hosting Rohingya refugees, increase resettlement quotas for refugees from Myanmar, and ensure the principle of non-refoulement is respected by host countries.

4.3  The U.K. should formally join the case at the ICJ brought by The Gambia against Myanmar for violations of the Genocide Convention.

4.4  Impunity for international atrocity crimes and human rights violations is endemic in Myanmar. The U.K. should continue to support the Independent Investigative Mechanism for Myanmar, which does vital work to collect evidence for criminal proceedings.

4.5  The NUG recently announced its determination to ensure “accountability to those who perpetrate these violations and atrocities by employing…diplomatic channels and the international legal system.” The U.K. should assist the NUG in efforts to ensure justice, including by supporting potential efforts to accede to the Rome Statute or otherwise engage the ICC to invite the court’s jurisdiction.

4.6  The U.K. should encourage the NUG to publicly recognise past atrocity crimes committed by the Myanmar military against Rohingya and other ethnic minorities, including through the acceptance of the findings of the U.N. Independent International Fact- Finding Mission on Myanmar. The U.K. must impress upon the NUG the importance of supporting international accountability efforts for past atrocities. The U.K. should urge the NUG to ensure Rohingya representation in its government and commit to restoring the rights of all Rohingya and ethnic minorities, including restoring equal access to full citizenship rights.

5. What opportunities does the UK’s new status as an ASEAN Dialogue Partner bring for mediation?

5.1  On April 24, following an emergency meeting on the Myanmar crisis, ASEAN released a “Five-Point Consensus.” Although ASEAN’s attention to the situation is welcomed, the bloc failed to engage the NUG or call for the immediate release of political prisoners. Myanmar’s military leadership subsequently backtracked on the ‘consensus,’ calling into question its viability.

5.2  Nonetheless, considering Singapore, Indonesia, and Malaysia’s leadership inconvening the emergency summit, the U.K. should engage these nations to take firmer steps against the junta and encourage them to recognize and engage the NUG and support efforts towards accountability and justice for international crimes in Myanmar.

5.3  The U.K. should incentivize Singapore to play a bigger role in ending the crisis. Singapore extends banking services to the junta and is Myanmar’s top source of foreign direct investment. It could exercise leverage on the Myanmar junta bypreventing the military from accessing funds held in Singapore-based banks and financial institutions. Singapore’s strong diplomatic position on Myanmar stands at odds with its “business-as-usual” approach to trade and investment.

6. Is the Government making full use of the UK’s position as the UNSC Penholder on Myanmar? What further action should it be taking through the UNSC?

6.1  Fortify Rights appreciates attempts to build consensus on Myanmar at the UNSC, but not as a substitute for meaningful action. The UNSC Press Statement on February 4 and Presidential Statement on March 10 failed to stop the killing and assault on basic freedoms in Myanmar. As the UNSC Penholder on Myanmar, the U.K. is in a unique position to build an international coalition to take action to end this crisis.

6.2  The U.K. and partners should draft a strong resolution to impose targeted sanctions, a global arms embargo, and a referral of the situation in Myanmar to the ICC. The U.K. should make every effort to ensure the support, or at least abstention, of Russia and China. If such efforts fail, then the U.K. should still table a resolution and force a veto if necessary. The U.K. should simultaneously lead efforts beyond the Security Council to build an international coalition to achieve these same aims, as recommended by U.N. Special Rapporteur Thomas Andrews.

6.3 Failing united action at the UNSC, the U.K. should invoke the Uniting for Peace resolution at the U.N. General Assembly to compensate for the Security Council’s failure to discharge its mandate to protect international peace and security. Such an effort should be used to mobilize collective action towards targeted sanctions and a global arms embargo against the junta. Such action would signal the world’s rejection of military rule and mass atrocities in Myanmar.

7. Is the FCDO’s in-country resourcing sufficient? Are diplomats and officials working in Myanmar given adequate training and support?

7.1  Fortify Rights has engaged FCDO officials and diplomats in Myanmar, who are consistently well informed, open, and responsive.

7.2  In light of the pandemic, the FCDO in Myanmar redirected humanitarian and development assistance to respond to COVID-19. This resulted in reduced FCDO support for human rights programming. The FCDO should consider committing extra funds to address the human rights catastrophe brought on by the coup, as well as the pandemic, while continuing its support to those impacted by COVID-19. This should include direct financial and other support to Myanmar human rights defenders, civil society, and others.