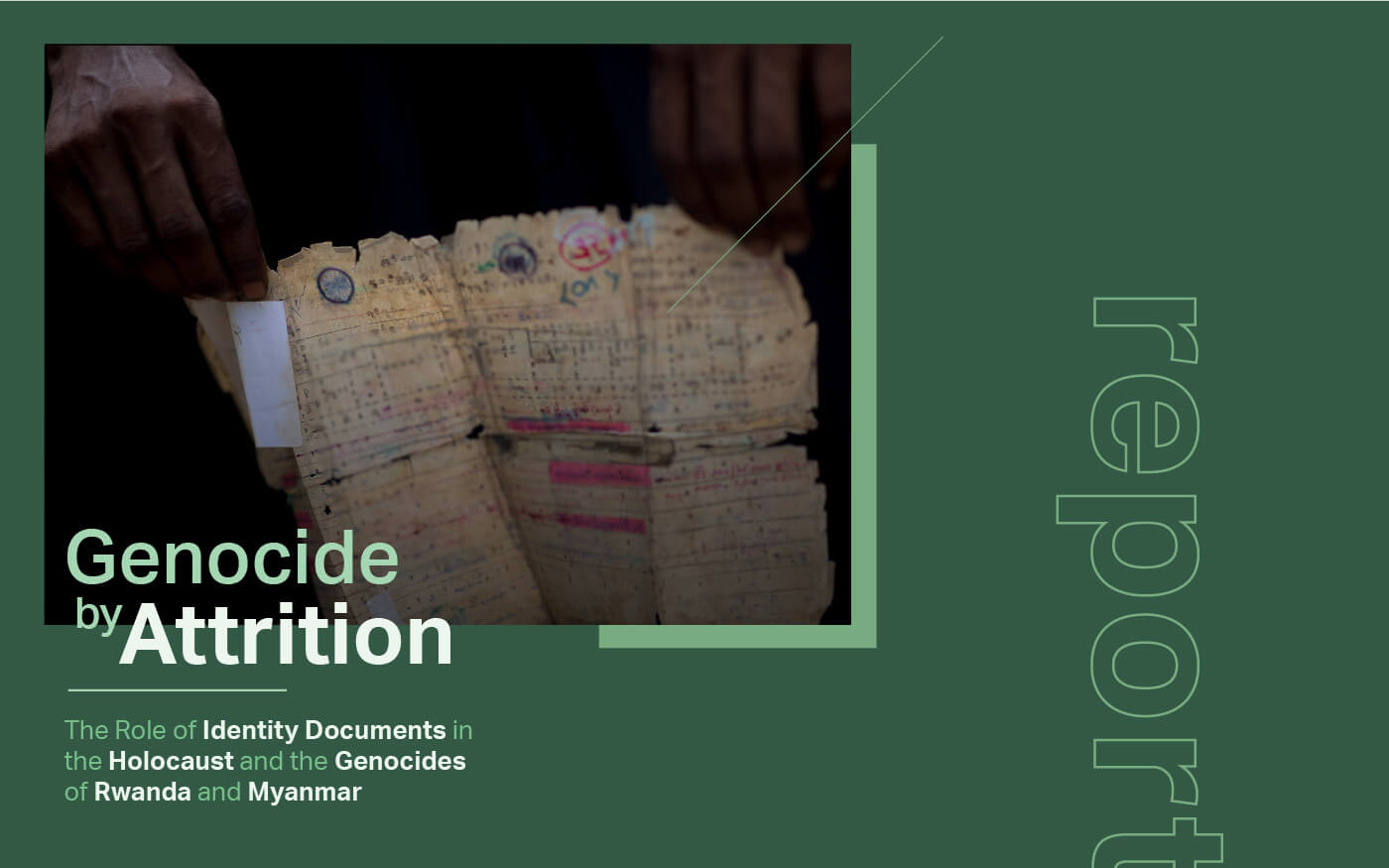 Perpetrators of genocides have long used identification documents to discriminate, dehumanize, and then carry out mass violence against protected groups. This was the case during the Holocaust of the Jewish population and the Rwandan genocide of the Tutsi population, and it is the case of the ongoing genocide of the Rohingya population in Myanmar.

This report, Genocide by Attrition: The Role of Identity Documents in the Holocaust and the Genocides of Rwanda and Myanmar, provides comparative case studies of these three genocides and the use of identification documents to carry out the international crime of genocide. It provides new information on the Myanmar military junta’s ongoing targeting of Rohingya people in Rakhine State, and it makes detailed recommendations to address impunity by the Myanmar junta, hold perpetrators accountable, and end the ongoing genocide of the Rohingya people.