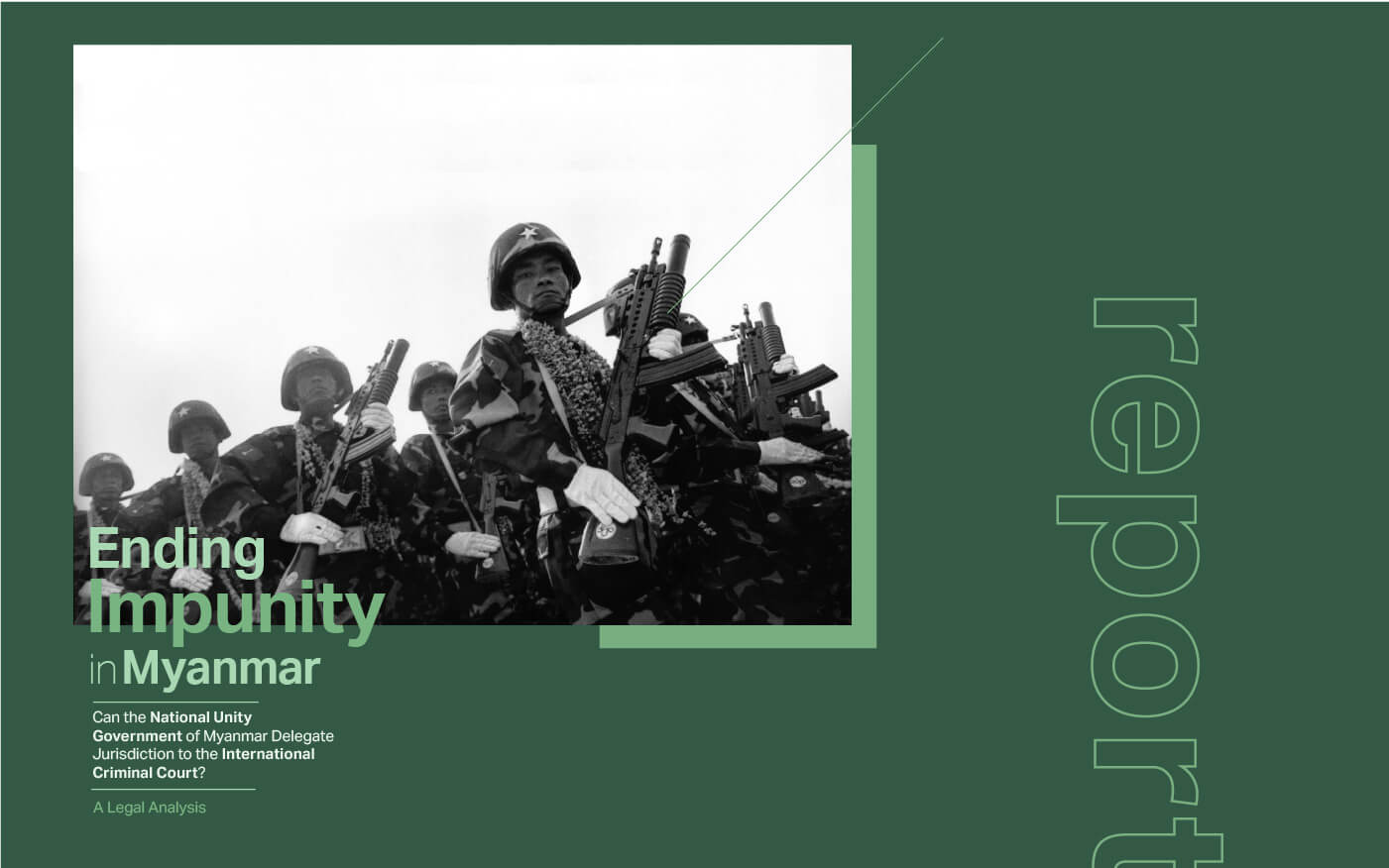 Can the National Unity Government of Myanmar Delegate Jurisdiction to the International Criminal Court?

For decades, the Myanmar military and police have committed human rights violations that amount to war crimes, crimes against humanity, and even genocide. The perpetrators of these crimes have enjoyed complete impunity.

On February 1, 2021, the Myanmar military carried out a coup d’état, seizing political power while killing and imprisoning opponents en masse. Following the coup, elected legislators and others in the country formed the National Unity Government (NUG) to oppose military rule and reflect the will of the people.

This report finds that the NUG can delegate jurisdiction to the International Criminal Court in The Hague to investigate and possibly prosecute mass-atrocity crimes in Myanmar dating back to 2002. Such a move has the potential to deter future atrocities and significantly alter Myanmar’s path to justice and accountability.