“Our Demands are for All Students” 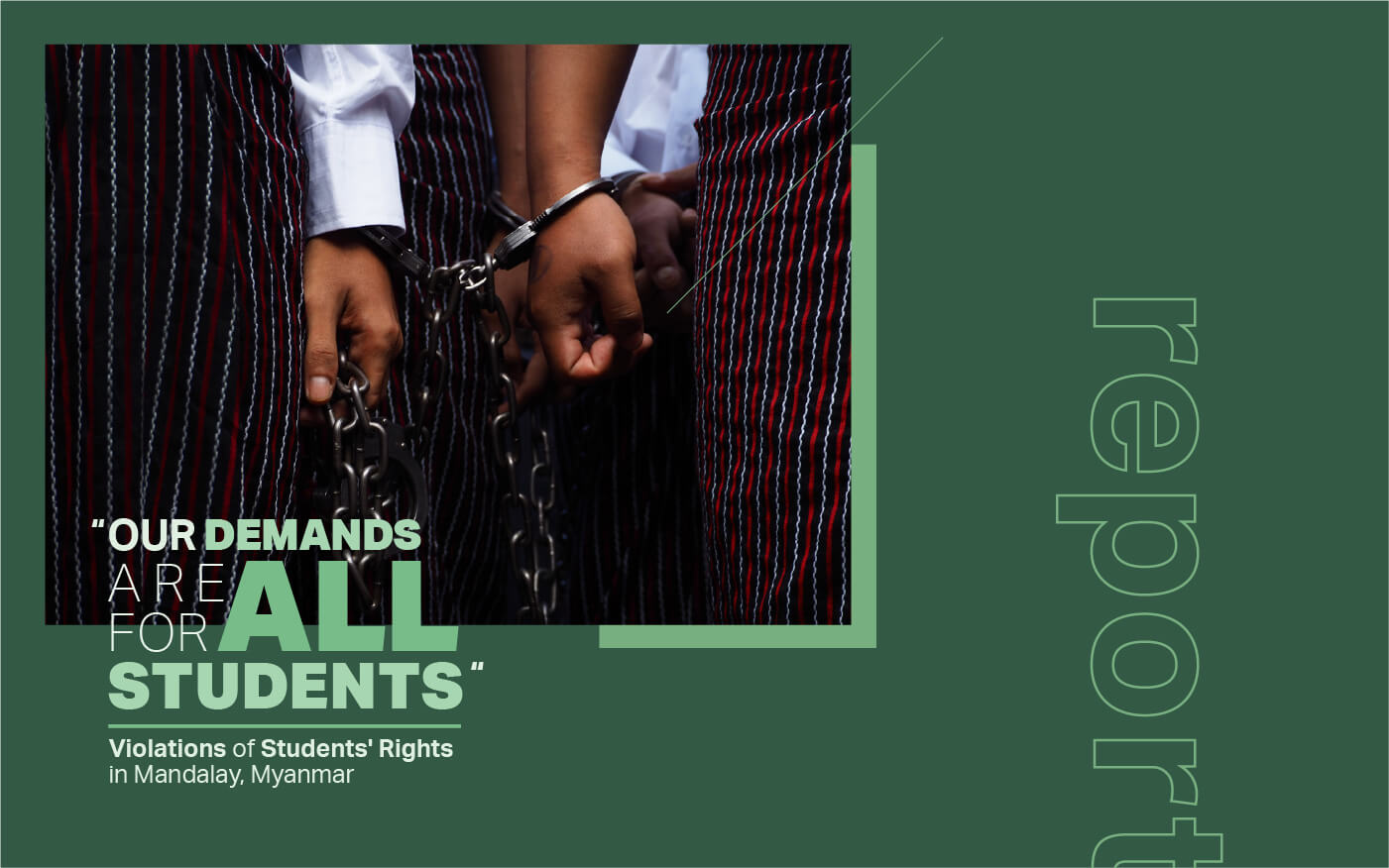 There are currently more than 180 political prisoners in Myanmar, and since 2015, the government released more than 740. None of the former political prisioners received effective remedies.

This report documents a representative case of violations and abuses against student activists, including restrictions on their rights to freedom of expression and peaceful assembly and right to be free from torture.

The students featured in this report are members of the All Burma Federation of Student Unions, an historic Myanmar student activist organization. They spent three months in prison for holding a peaceful protest. While in prison, authorities beat them.

Based on a 12-month investigation into the arrests of the students, “Our Demands are for All Students”: Violations of Students’ Rights in Mandalay, Myanmar details the context in which the protests occurred, providing an overview of the events leading up to the arrests and an extensive legal analysis of the law used to convict the students, the Peaceful Assembly and Peaceful Procession Law. The report offers detailed recommendations to the government of Myanmar and Yadanabon University regarding how to respect students’ human rights to freedom of expression and peaceful assembly.